Shichimi togarashi is an East Asian seasoning, but the chef says it reminds him of one of his homeland’s dishes

That simple piece of advice seems to have been adopted by cooks far beyond the Land of the Rising Sun. A new report from Bloomberg suggests that this East Asian seasoning has found its way into Mexican cookery, thanks to Enrique Olvera. 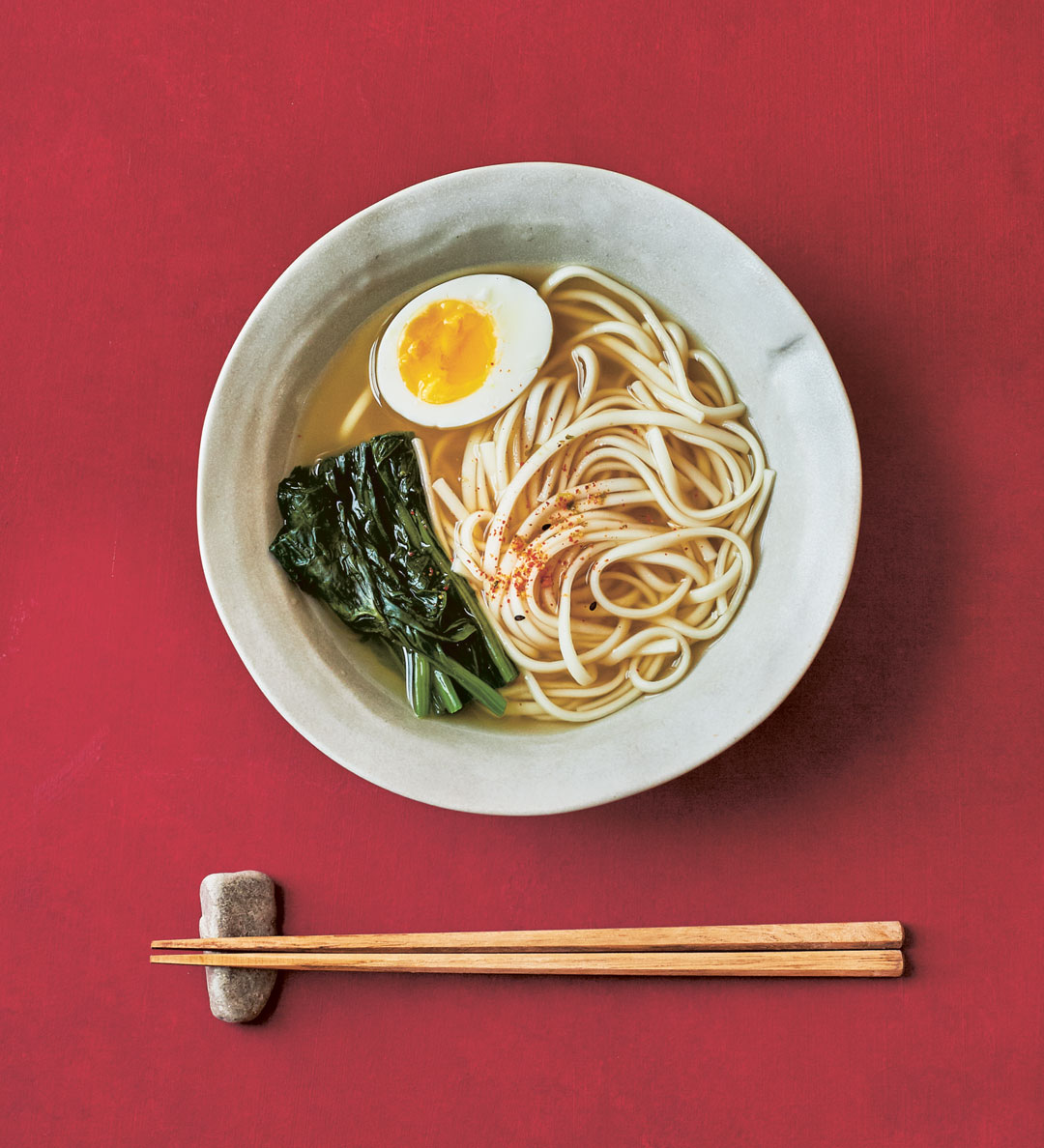 Spinach and udon soup with a sprinkle of shichimi togarashi, as featured in Japan the Cookbook.

“Chili is something we find in three countries (Peru, Mexico, and Japan) that influences our menu,” Olvera tells Bloomberg’s Larissa Zimberoff. “Our supplier brings it to us from Japan twice a week and then we bring it to life. Togarashi is an ingredient I like a lot.”

Visitors to Olvera’s Manta restaurant in Cabo San Lucas, Mexico should look out for it on the chef’s mirin-cured nopales cactus dish. Yet, despite this culinary fusion, Olvera also findthe taste of togarashi surprisingly familiar. “It reminds me of the mango with chili and the worm salt from Oaxaca,” he says.

For more on the traditional uses of togarashi, order Japan the Cookbook. To understand how Olvera has updated and opened-up Mexican food, take a look at Tu Casa Mi Casa and Mexico from the Inside Out.

More on The Japanese seasoning that Enrique Olvera now loves