Is there a special ability they share? The Wall St Journal asked the Hollywood star chef and biologist

Every month, the Soapbox feature in the Wall Street Journal’s magazine, WSJ, asks six luminaries to weigh in with their thoughts on a particular topic. The subjects can vary from youth to envy, leadership to discipline. Anyone and everyone from Ozzy Osbourne to David Sedaris, Saoirse Ronan to RuPaul have taken part in what is always a highly entertaining read.

Last weekend Enrique Olvera joined the British evolutionary biologist Richard Dawkins and the Hollywood star Jennifer Garner to hold forth on the subject of adaptation.

As you might expect, Dawkins' piece offered a rather Darwinian take on the subject; Garner somewhat predictably talked about how she balanced her personal and professional life, being both a mother and a successful actor, pursuing a career that is, as she put it “a very selfish one.”

And Olvera? Well, he drew on his working life too, as one of Mexico most successful chefs, by considering the changing nature of one of his national cuisine’s favourite ingredients.

“At our restaurants we’re huge fans of corn,” he wrote. “The history of corn is one of adaptation. Through generations corn has been selected and bred to stand up to altitude, the climate and the cooking methods of communities that grow it. It’s something to be aware of as a restaurant.” 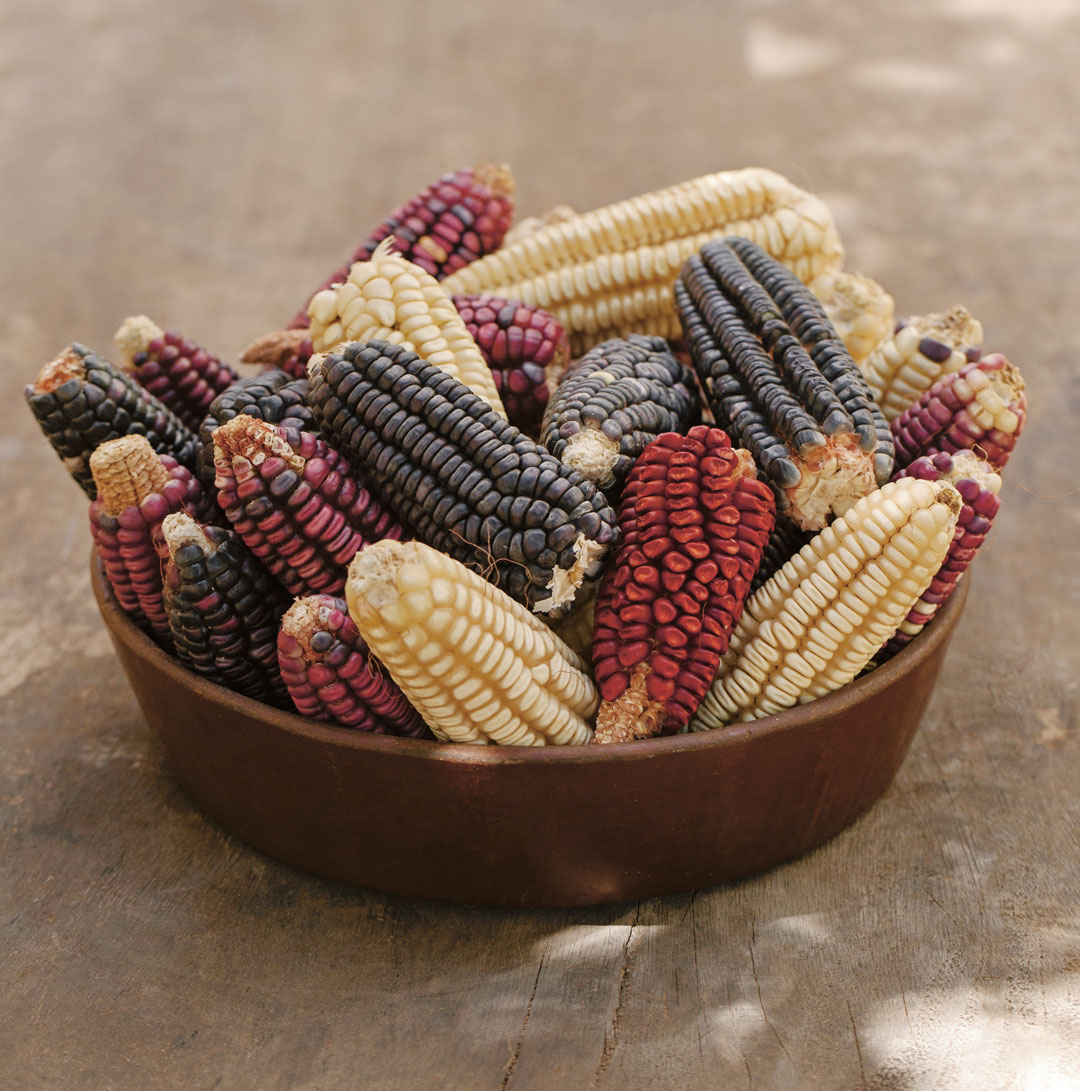 Varieties of corn, as featured in Tu Casa Mi Casa

But it's not just maize that makes chefs such as Olvera change to suit new situations. “As time goes by, generations of customers and chefs pass through the restaurant, and we must adapt to contemporary issues. Adaptation is also important to how we approach creativity,” he writes.

Relocation, too, has led Olvera to adapt. Though he made his name in Mexico City, he spends quite a bit of time in New York, a city that presents chefs with very different opportunities and very different challenges.

“In Mexico there are prolonged seasons, but in New York there are ingredients that pop up for only a couple of weeks – when we make tetela [stuffed corn pockets] in the winter we have to use beets because that’s the ingredient that’s most beautiful then. In Mexico City you might use dried beans. You always have to be on your toes. That’s the beautiful thing about cooking.”

To find out more about how Olvera adapts his recipes for an everyday kitchen, and to get his tetela recipe in full, order a copy of his new book, Tu Casa Mi Casa: Mexican Recipes for the Home Cook, here.

More on What links Enrique with Richard Dawkins and Jennifer Garner?