Despite its fall in popularity, the Mexican chef and Phaidon author hopes to keep these indigenous corn discs alive

“Tortillas and tostadas act as vessels, spoons, or sponges,” writes Enrique Olvera in his new book Tu Casa Mi Casa: Mexican Recipes for the Home Cook. “They are similar to bread: A foundation that is wonderful on its own, and a practical and flavorful base for anything you might put on or in it. A fresh tortilla made with good-quality corn can be an exquisite pleasure.”

Unfortunately, it’s a pleasure that fewer of his countrymen are finding time to indulge. According to recent reports, Mexicans’ consumption of tortillas has dropped by nearly 45 percent in the last 35 years, as diners favour bread or fast food.

And what tortillas are consumed, tend to be made with mass produced maize flour, ground from industrially reared corn, rather than native heirloom varieties. 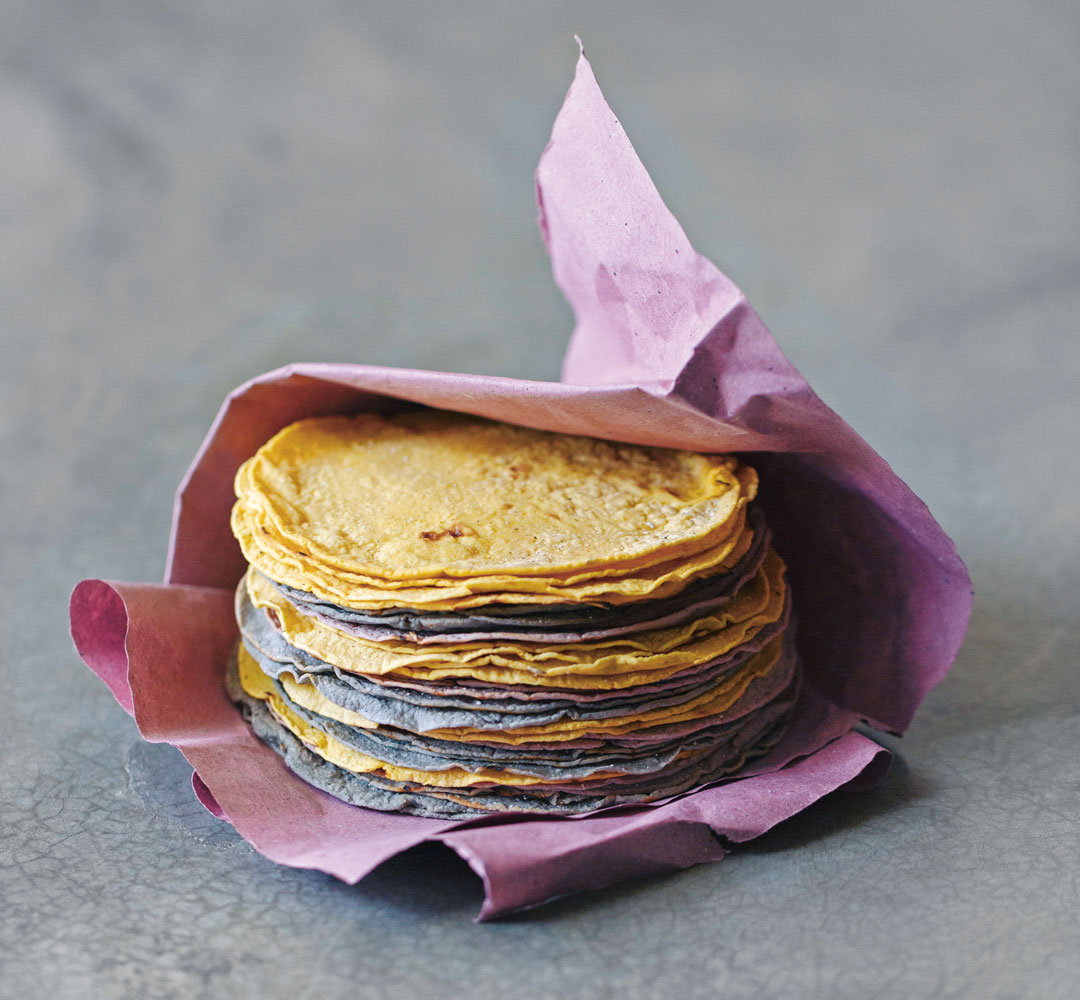 However, chefs such a Olvera are fighting to save this great Mexican dish. Last year he opened Molino El Pujol, a high-end tortilleria in Mexico City, offering both read-to-eat tacos and plain tortillas, which customers can buy by the kilo and take home.

All this is produced using rare, native varieties of corn, which Olvera talks about and savours, "as if it were wine", according to a recent El Pias article.

All this won’t undo the changes in local tastes; the big change came back in the 1990s when Mexico phased out tortilla subsidies and price controls.

However, in Tu Casa Mi Casa, Olvera certainly gives dedicated cooks the opportunity to go back to the old ways, with step-by-step instructions to turn corn into masa, and masa into fresh tortillas. After all, despite its decline, tortillas are pretty easy to make. You need only four things,” writes Olvera, “masa, two squares of plastic cut from a zip-seal plastic bag, a tortilla press, and a hot comal or frying pan.”

To find out how you bring all that together order a copy of Tu Casa Mi Casa here.

More on Enrique Olvera fights to save the tortilla