Noma is celebrating its tenth anniversary this week; the two-star Michelin restaurant, which topped The World's 50 Best Restaurants list three years in a row, was founded on November 23, 2003.

Originally, its head chef and co-founder René Redzepi said he would run the restaurant for a decade, so it comes as some relief to hear that he won't be walking away from the place after its tenth birthday. In an interview with The Staff Canteen, Redzepi tempers those earlier comments, saying that by producing the journal for our new three-volume set A Work In Progress, he came to terms with the anniversary.

"I said after 10 years that I would give it a long hard consideration," he qualifies. "You could say that that process started with the writing of this journal, even though that was a few years ago. It was a process of deciding: is this still fun and do we have contentment in terms of the people working for us as well as the food? If you had asked me three years ago, I would have said: maybe we're here one more year, maybe two; I never would have thought that on our ten-year month, I would be having this much fun. I can't remember having this much fun at the restaurant." 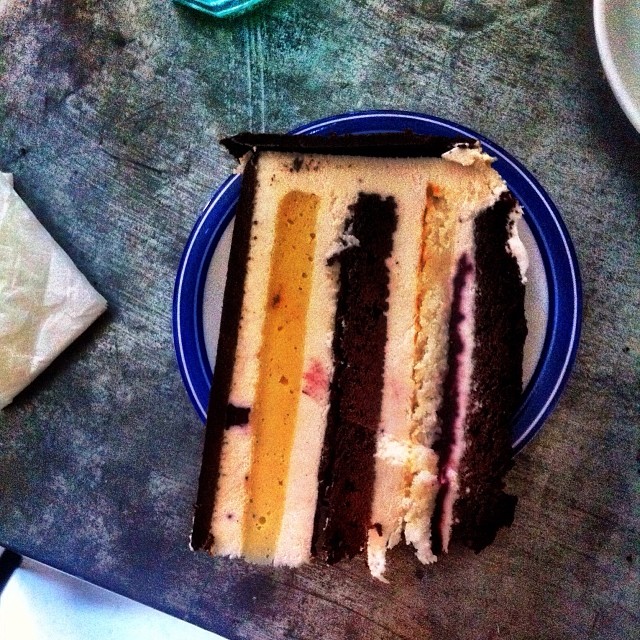 Indeed, after a decade at Noma, Redzepi says he feels as if he's about to embark on an entirely "new journey that's much more intense." The chef goes on: "At first it was a real sense of discovery; everything was so new and fresh and you just fooled around with these ingredients based on your intuitions, whereas now the work and knowledge we're putting into these ingredients is layers deeper and now we're starting to think how can we create pillars of cuisine that will help us with the future - that's where we are now and that's very exciting."

He also talks about some misgivings he has since overcome. For example, he no longer worries about the winter, despite running a restaurant that cooks local, seasonal ingredients.

"I used to fear winter, genuinely fear the snow and frost because there would be so few ingredients to work with," he says. "Every year was the same around February, we'd be walking around in circles, trying to squeeze out the next idea with beets, and it would be painful. The journal really made me understand that there's a natural process here throughout the year that made us what we are. I'm a lot more relaxed now and winters aren't so bad." 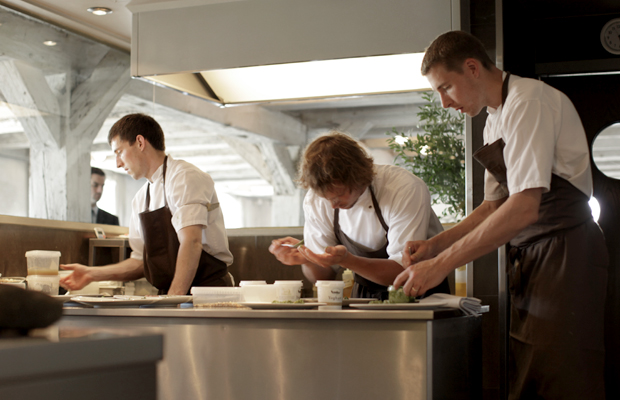 Behind the scenes at Noma, Copenhagen, Denmark

In fact, he even admits that certain sides of the business have got easier over the years. Noma's success has come at a time when the Danish capital has also done well economically and culturally, and Redzepi says this has made the city more appealing.

"I like to be in Copenhagen and feel that atmosphere; it's almost like a gold rush," he says. "There's this huge sense of optimism from all around the trade that something big can happen, and that big thing has not happened yet, but it can happen and that makes it so much more exciting."

We hope big things continue to happen at Noma, and to Redezpi's cooking more generally. Read the full piece here. You can learn more about A Work In Progress in this interview with its editor, Emma Robertson. And you can buy both the original Noma book and René's new title, A Work In Progress, from the people who made them, here.

More on René Redzepi on ten years of Noma