Wolfgang Tillmans takes to the roof in Mexican show

If you’re not fortunate enough to live in a city with a flourishing gallery system, it can be difficult to see new contemporary art. “In Mexico, it is often the case that to access contemporary art, you must first traverse a private boundary such as a gate, a wall, or even odd opening hours,” Bree Zucker from the Mexico City gallery Kurimanzutto told the Wall Street Journal a few days ago. “If you do not know about these things, or do not know how to access the information, you often find yourself standing in front of a shuttered door.”

Thankfully Bree and her colleagues have found a way around this by acquiring a prominent billboard high above the intersection of Avenida Sonora and Nuevo León in the Mexican capital. 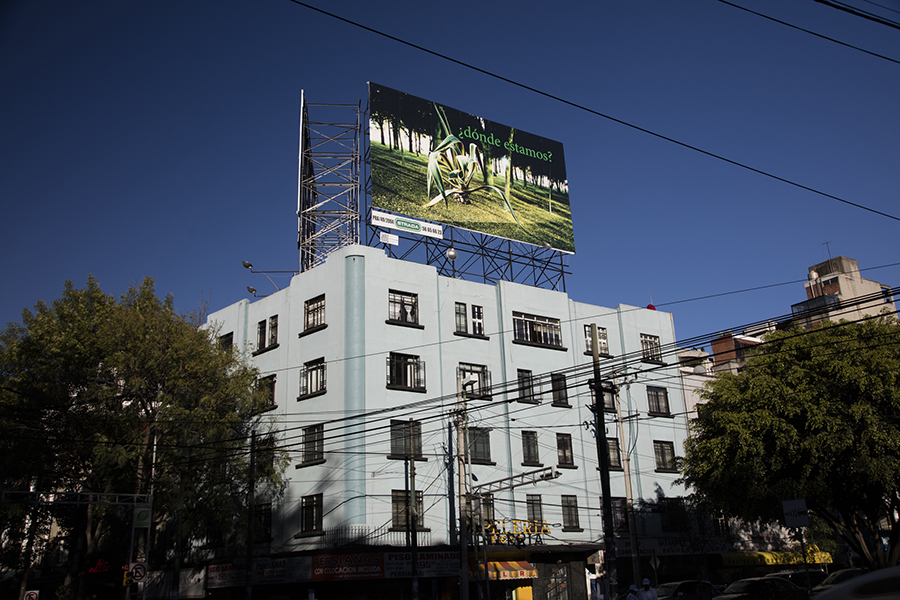 Dubbing this new space Sonora 128 Kurimanzutto chose to open it with a single prominent work by one of the world’s greatest contemporary photographers, Wolfgang Tillmans.

Tillmans’ poster, which is on display until the end of the month features a picture of a local succulent plant he took in Mexico back in 2008, accompanied by the words ¿Dónde estamos? meaning Where are we?

In a sense, it’s the perfect form for the artist, who has never held back on presenting his photos in simple, unadorned settings; he often just sellotapes his work onto gallery walls.

The accompanying slogan, however, is perhaps something new for Wolfgang. The simple, plaintive question, which relates back to his wider recent practice, including his pro-EU posters, and his forthcoming exhibition at London’s Maureen Paley gallery, which, when it opens on 9 June, will focus on his interest in the visible and invisible borders that define and sometimes control us. 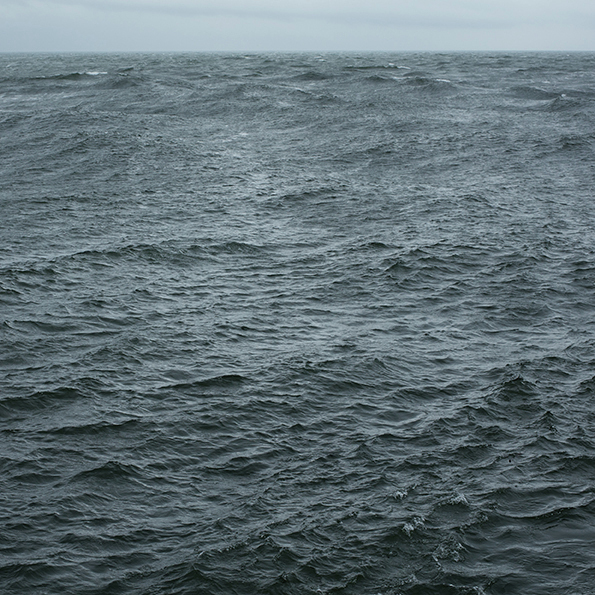 The State We’re In, A (2015) by Wolfgang Tillmans. Image courtesy of Maureen Paley

The inclusion of text with his photographs may well reflect his long-standing admiration for Jenny Holzer, who is well known for her text-based works. Is this a new development for Tillmans? You can read about and download his EU posters here, find out more about his London show here and his on-going Glasgow show here; if you’re in Berlin you can take in his Studio exhibition at Galerie Buchholz Berlin; if you’re in Mexico, keep your eyes on the billboards; and of course, wherever you are, you can buy a copy of our Wolfgang Tillmans book here.