No matter how big, a work of urban architecture has to fit into its existing surroundings, as two new headline sports facilities demonstrate.

The first is the new ground for Premier League London football club Chelsea FC, which has just received approval for its new Herzog & de Meuron designed £500m, 60,000 capacity stadium. It will be built at Chelsea’s current West London home, Stamford Bridge, once the existing stadium is demolished, and pays heed to the neighbourhood’s architecture, with a series of brick pillars angling out from the building, like a series of modernist flying buttresses. 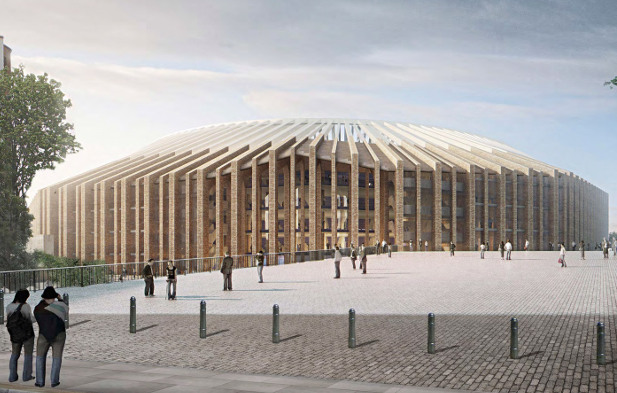 In the planning documents, Herzog & de Meuron says that the stadium will "capture the spirit of the local heritage in a contemporary sculpted form that will respond to the local townscape and to neighbours’ views and light". 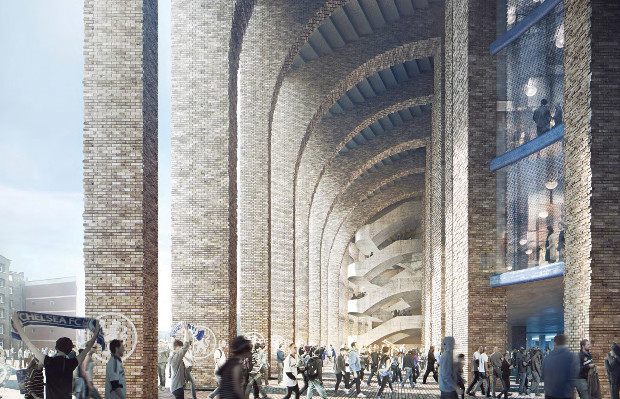 The same could be said of a very different sports facility currently under consideration in Nevada. Designs for the Oakland Raiders’ Las Vegas stadium are less assured than Herzog & de Meuron’s Stamford Bridge design. The team has yet to confirm its much talked-about move from the Bay Area to Sin City. Nevertheless, this design, by US stadium specialists Manica Architecture, is, once again, in keeping with the local look and feel. 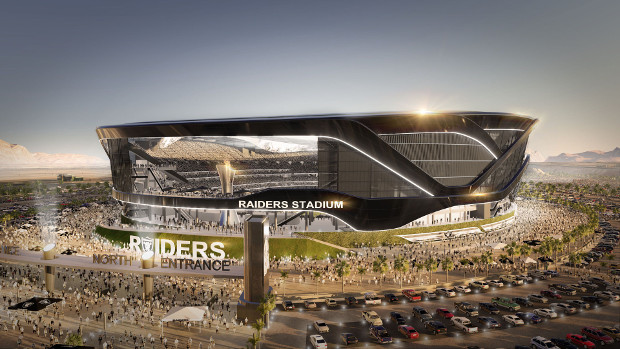 The domed, air-conditioned building features a horseshoe-shape seating arrangement, offering fans great views of the LV Strip, can accommodate up to 72,000 spectators, and 8,000 cars. Local casino magnate, Sheldon Adelson of Las Vegas Sands Corp, is backing the venture, which is expected to cost around $1.9 billion. 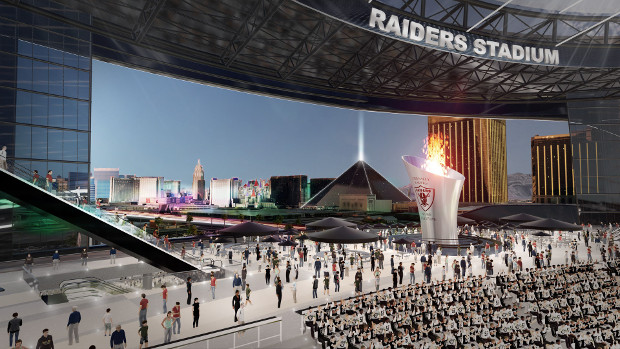 Although the London venue is all signed off, the US stadium may start play first. Chelsea hopes to complete work on its stadium in 2021, while Manica believe its LV venue could be completed in time for the 2020 NFL season.

More on Bold new stadiums for Chelsea FC and the Raiders