The range of meanings and emotions we invest in a simple bunch of flowers is almost as wide as the array of varieties found in nature. Poppies can commemorate wars, or carry narcotic implications; lilies can be virginal and heraldic. Red Roses can carry the most potent of emotions.

However, almost all flower arrangements can have memorial, funereal qualities, as one great 20th century artist knew all too well. The US photographer Robert Mapplethorpe died 27 this day, 9 March, in 1989 at the age of 42, shortly after his touring solo exhibition, The Perfect Moment, travelled from Philadelphia to Chicago.

The Perfect Moment was the fullest expression of Mapplethorpe's artistry shown within his lifetime, and included his still-life photographs, his flora pictures, as well as his nude studies and homoerotic images. Yet, when it came to saying goodbye to his intimates, Mapplethorpe chose one of his flower photos for a final, personal farewell message to those whom he loved and who loved him.

“Shortly before he died, Mapplethorpe sent his friends copies of a particular tribute to remember him by,” writes the New York critic Herbert Muschamp in our new book book, Mapplethorpe Flora: The Complete Flowers.

“The picture, in black and white, depicted a bunch of tulips lolling languidly out of a squat black vase. The arrangement was framed by the sweeping curve of an opening, a white portal to the gray beyond. The circumstances of his distributing this image allow it to be read as a reflection on approaching death, as well as a thank-you for those who helped him reach that portal with the feeling that his life had been appreciated. He could know and accept that he’d been loved and, moreover, that he was lovable, and that being abandoned is ultimately not our fate.” It's a touching and beautiful piece of writing, we're sure you'll agree. 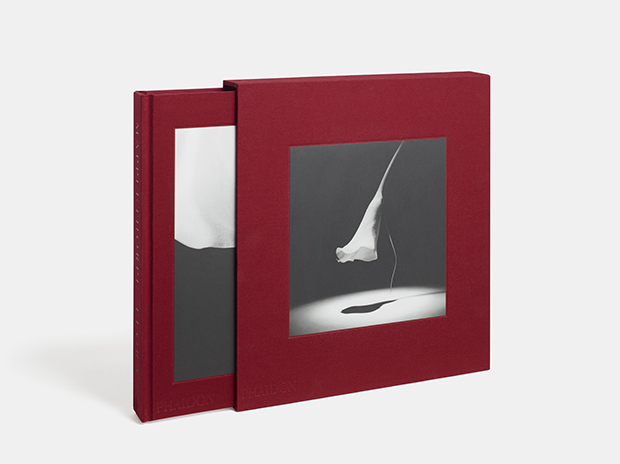 Muschamp’s interpretation of this image is heartening one, when considering Mapplethorpe’s unduly early death, and a telling insight into the range of meanings the photographer managed to express in his floral studies. For a greater understanding of Robert Mapplethorpe’s flower photographs, and to see each image reproduced with exquisite accuracy, care and attention order a copy of Mapplethorpe Flora: The Complete Flowers here.