It’s been nearly four decades since the AIDS crisis struck New York, and despite losing thousands of men, women and children to the pandemic, the city has lacked a visible public memorial in recognition of the fact – until now.

Last week, on World AIDS Day (1 December) the New York City AIDS Memorial was unveiled in a West Village public park adjacent to the former St. Vincent’s Hospital, which housed the first AIDS ward on the East Coast; by 1986, a third of St. Vincent’s beds were occupied by AIDS patients.

In remembrance of those lost, and in tribute to the heroic effort of healthcare professionals and activists who have been, and continue to be, crucial in the fight against the disease, the memorial acts as a monument, a gathering place and also an inspiration for a continued effort to end AIDS. 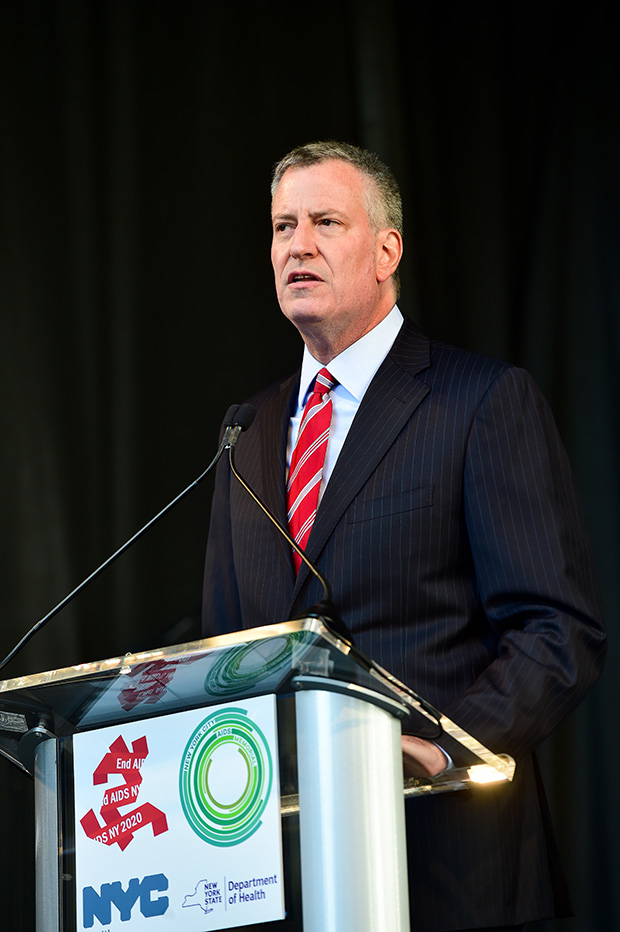 Founded by Christopher Tepper and Paul Kelterborn and made possible by an 18-person board of directors chaired by Phaidon CEO Keith Fox, the memorial has been underway for almost six years.

Designed by the architects of Studio ai, a white steel canopy hovers over a granite plaza designed by the visual artist Jenny Holzer, who engraved the spiralling pavers with sections from Walt Whitman’s poem, Song of Myself. In the middle lies a reflecting pool that in the coming weeks will be surrounded by granite benches.

During an emotional unveiling ceremony, Mayor Bill de Blasio and other speakers addressed a crowd holding inspirational signs and banners, many of whom had been personally involved with the fight against HIV. 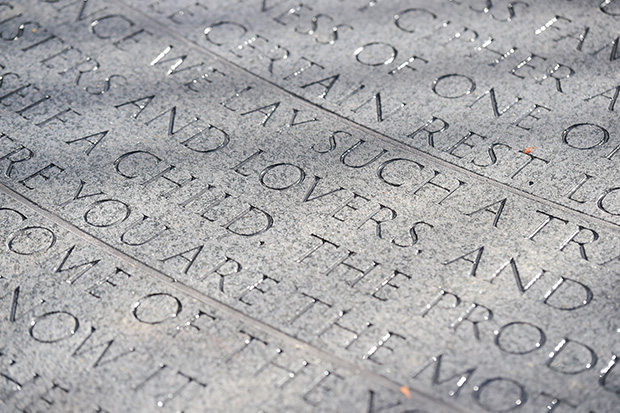 “I came to New York in the late ‘70s and was there through the ‘80s,“ said artist Jenny Holzer. “I worked in a restaurant in which two of my fellow wait-people became sick and died shortly after our time together there. I knew any number of other people who became ill and passed away much too fast. My cohort wondered if we were going to die. I am forever sorry about how many people were lost, and I am worried to death about how many other people are sick and becoming infected.

"It’s grievously sad that it took so long [for a memorial to be made]. It’s not completely surprising though, if you think how much shame and stigma was originally attached.That was followed by so much grieving which can, for a while, be enervating. But here’s to the people behind the memorial for making it happen.” 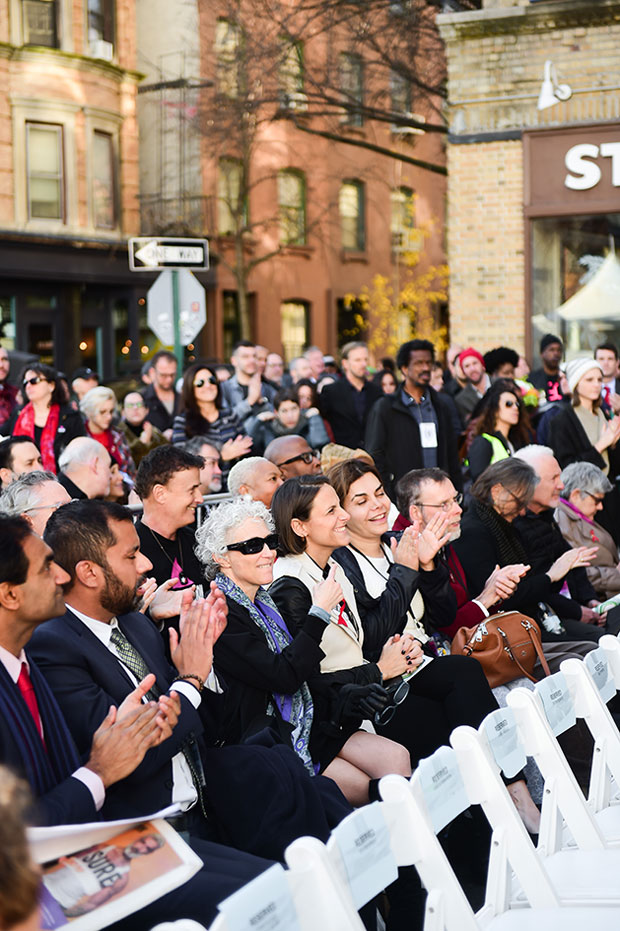 The audience at the unveiling of the New York City AIDS Memorial. Photograph by Max Flatow

Phaidon CEO Keith Fox echoed Holzer’s sentiments. “Imagine New York City if Michael Bennett could write new musicals. If Keith Haring, David Wojnarowicz, Peter Hujar, Robert Mapplethorpe and Paul Thek were still making art,” he said. “If Tom Stoddard and Vito Russo continued to shine the light on inequalities. If my sister's best friend, Stone Boswell, could still make my family laugh. In creating the New York City AIDS Memorial, we were inspired to honor the 100,000 New Yorkers who died from this disease, and to ensure that their memory, and our shared history, is not forgotten.”

You can read a more detailed account of the AIDS Memorial’s opening over on Artspace, where you can also help support the New York City AIDS Memorial and the battle against AIDS by purchasing an edition by designer Kobi Benezri, proceeds from which will benefit the cause.