Innovative walking sticks, baby carriers and an appearance from design legend are highlights of Braun Prize 2012

Dieter Rams was a surprise guest at the Braun Prize Awards 2012 this week. Thirty-nine designs from around the world were recognised and over 100 design professionals (including former Head of Braun Design Peter Schneider) made up a Design Forum gathered at Braun's Frankfurt headquarters in Kronberg to assess this year's contenders.

The German manufacturer has a great reputation for industrial innovation, so it's always worth checking out the winning entries. The young German designer Sebastien Riechel picked up the student award for Exceptional Design Innovation, for his “flexible walking aid” Agil, a responsive walking stick that should distribute a user's body weight more evenly, and reduces the chances of them falling. Reichel started with the notion that a walking stick could be an extension of one's arm to provide stability and support. He found that creating hollow chambers within an "S"-shaped handle allowed for a dynamic and natural motion from the user. 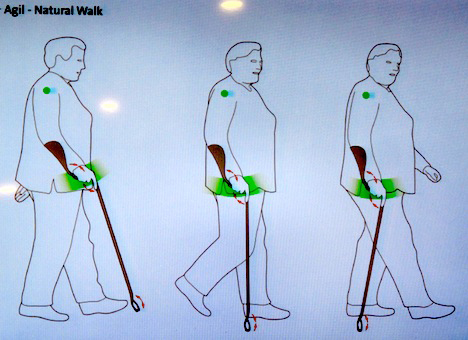 Berlin-based designer Oliver Klien won the Professional/Enthusiasts award for Exceptional Design Innovation, with his integrated baby carrier and child bicycle seat, Kanguru. Presenting his concept to the forum Klein revealed his design considerations: Ergonomic transition between baby carrier and bike seat, a lightweight frame design inspired by the hollow bone structure of birds, a quick and easy bike mount, tool-free disassembly for easy cleaning and care, and an option for custom-made frames through rapid prototyping; and any new parent's favourite: an adjustable sling for the baby that can accommodate children as they grow from an easily carried six months to a considerably heavier 24 months.

Alongside its usual gadgetry gongs, Braun introduced a new Sustainability Award, choosing two winners quite outside their usual domestic appliance field. The first went to Brazil's Bruno Pagnoncelli, for his “Nucleario” reforestation project, whereby seedlings are dropped by helicopter on an industrial scale to bring forests back to wastelands. The second went to a British student group – consisting of Jonathan Fraser, Julene Aguirre, Aran Dasan and Jacky Chung – for their “Ento”, which provides a plan for introducing edible insects into the Western diet. We don't know whether the vol-au-vents in Kronberg that night took on Ento's principles, but we're sure plenty of great German beer will have washed away any suspicions of locusts in the finger food. Before you head over the Braun's site, check out our own take on sustainable design Vitamin Green and our Dieter Rams book As Little Design As Possible. 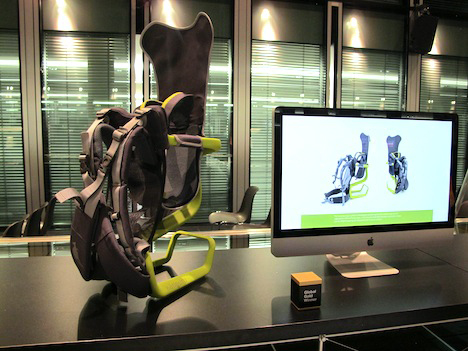