"The productive energy of continuing economic liberalization is finding an outlet in contemporary art, which enjoys a greater share of public attention and private support than ever before," writes the Turkish curator Duygu Demir in our new book, Art Cities of The Future. "This invigorated cultural landscape of Istanbul is incongruous with the melancholic, deprived city depicted in novels and films of the late twentieth century. It is too early to say whether the increased visibility and interest in contemporary culture will culminate in a parallel awakening in politics, history and society."

Today, Demir's question seems particularly pertinent, as the 13th Istanbul Biennial gets underway. Organisers of the event, which runs until 20 October, had planned to host exhibitions in some of the city's marginal, and fast-gentrifying neighbourhoods. However, protests in Taksim Square earlier this year meant gaining official permits for such installations was practically impossible. Instead, the biennial has retreated into the city's galleries. The tenor and content however, remains confrontational.

This year's theme, 'Mom, Am I A Barbarian?' engages with both Turkey's perceived position, beyond the outskirts of old, European civilisation, as well as the place of an artist, operating outside, and in opposition to the state. 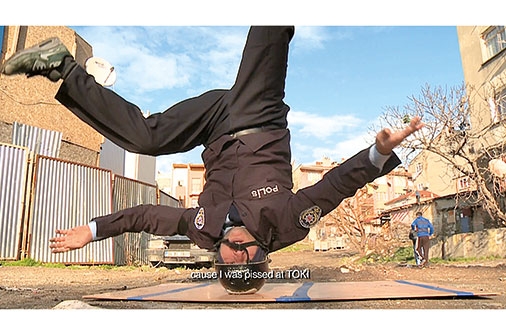 Still from Wonderland (2013) by Halil Altindere

Turkish artist Halil Altindere, showing at the biennial's main venue, Antrepo no.3, and at SALT Beyoglu, is screening his Wonderland film, a satirical hip-hop video, wherein young Roma citizens in the Sulukule nieghbourhood express their objections to rampant gentrification.

German artist Christoph Schäfer, is showing elements from his Park Fiction project. This public-space initiative encouraged Hamburg's citizens to occupy public spaces that would have otherwise been redeveloped. Earlier this year, the Hamburg group dubbed their space Gezi Park Fiction, in a show of solidarity with the Turkish protestors. 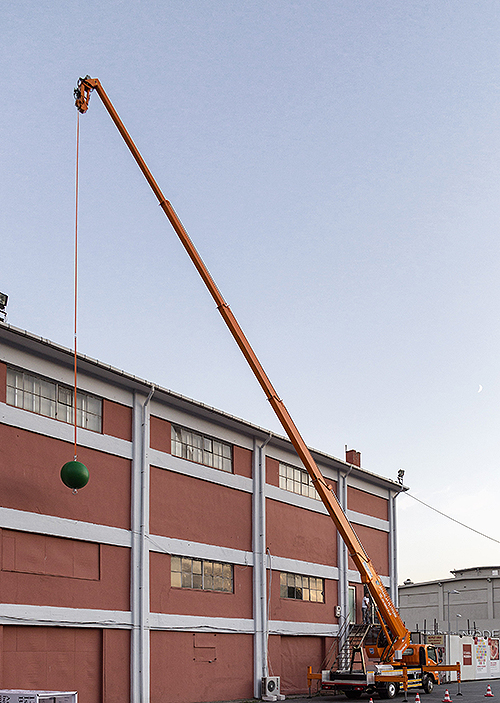 Meanwhile, outside Antrepo no.3, local artist Ayse Erkmen has fitted a spherical yachting buoy to a crane parked outside the Antrepo no.3. The piece, entitled Bangbangbang, looks uncannily like a wrecking ball and is a comment on the venue's imminent demolition. The venue, according to the artist, will soon be redeveloped into a five-star hotel or shopping centre.

Bangbanbang might not deliver the fatal blows, but the biennial might add thought, direction and weight to the country's protest movement, even if it can't bring the people out into the street.

To find out more, visit the Biennial's site here, or read this Guardian piece, or this NY Times story. For greater insight into the city's place in the emergent international art scene, you can do no better than purchasing a copy of  our great new book, Art Cities of The Future.