In the 21st century, the avant garde has become de-centred. Its networks and hubs have spread beyond the traditional marketplaces and creative centres of New York, London, Basel. Today, as we explain in our new book, Art Cities of The Future, there are dedicated contemporary art scenes in cities as far flung as Beirut, Dakar, Bogotá, Delhi and San Juan, all of which have well-established infrastructures, with galleries, auction houses and colleges abounding.

All of this forces us to question assumptions about the cultural under-development of the so-called Third World, which is often supposed to be parched, unable to sustain artistic activity. Lagos, the largest city in Nigeria is an excellent example. It boasts the biggest art scene in Western Africa, including institutions like the Didi Museum which have benefited from the restoration of democracy in Nigeria in 1999. And, while there isn't much state funding of the arts, there has been significant commercial investment, as well as outside assistance from long-standing benefactors such as the Goethe-Institut. 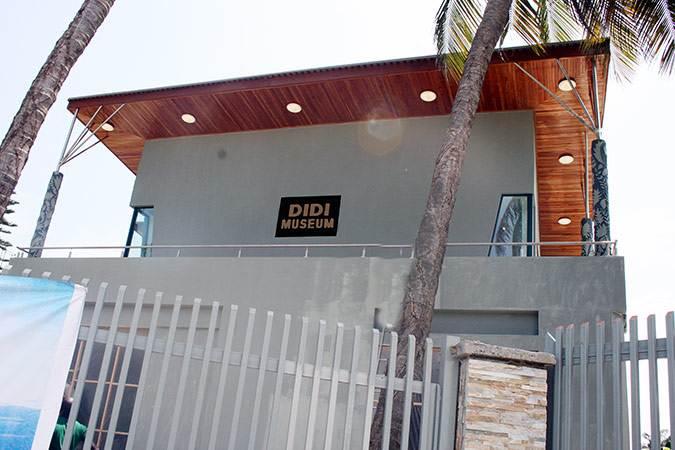 The Didi Museum, the first private, nonprofit museum in Nigeria

None of this, however, means that Lagos is free from strife or social injustice. There is plenty enough of this for a performance artist like Jelili Atiku to reference in his work. In his piece Cain's Feast (2002) for example, he uses animal slaughter as a means of exploring Nigeria's recent, bloody history of jihadism. However, by drawing on local issues, customs and experiences, he is able to make art of universal resonance and appeal.

In his 2009 piece Agbo Rago, Atiku wrapped himself in cellophane, meat tied around his neck and allowed himself to be dragged, shrieking around the market among the actual livestock, mostly rams. In Red Light, meanwhile, from the In The Red Sea series, perched up a ladder, wrapped from head to toe in a mummifying bodysuit of blood red bandages, one is reminded of Joseph Beuys – but also, on closer inspection, Yoruba masquerade traditions, in which the dead are commemorated through ancestral worship. 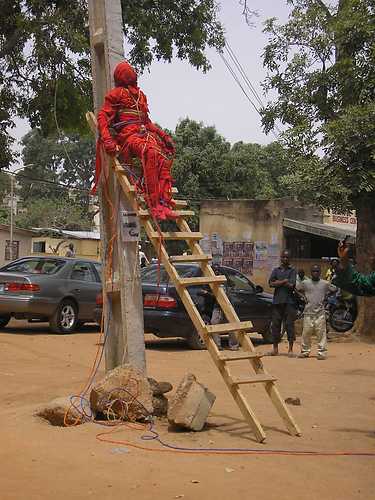 Intrigued to learn more? Then read more about the title here, view a gallery of images here, or simply buy the book from the people who made it, here. And if you do so through Phaidon Club you'll get a great deal too.

More on Inside the African avant-garde