In our new book, Art Cities of The Future, one of India's most prominent art critics, historians and curators, Geeta Kapur, explains why Delhi is one of the 21st century's most important avant-gardes.

Yet, for the next few months, Kapur is also honouring the Chemould gallery in Mumbai, which celebrates its fiftieth anniversary this year. To mark this half-century Kapur has curated five individual shows. The first of these came to an end earlier this month while the second, Citizen Artist: forms of address, is on show at the moment. 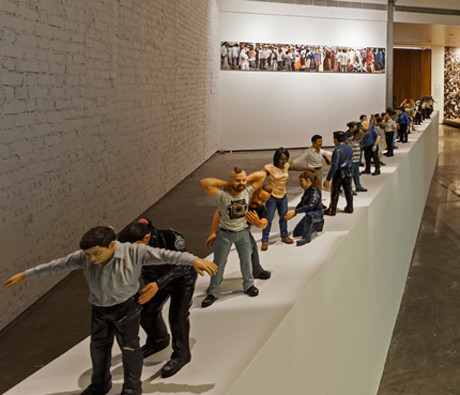 The theme is broadly political, and concerns itself with the peculiar contradictions Indians might come across in their state, the world's largest democracy, formed by old colonial powers, where both poverty and opportunity, heritage and change, and rule making and breaking abound

In the exhibition, at the Chemould until November 14, Kapur doesn't offer one simple argument. Instead, as prodigious and high-brow writer puts it in our book, Kapur shows how "the avant-garde today navigates historical fault lines and lost trails of cultural articulation, transposing notions of promise and contestation within the contemporary." 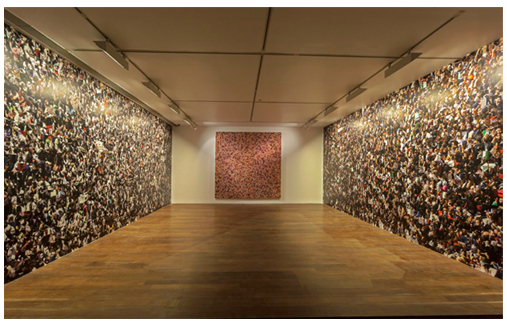 It looks like a great, wide-ranging show, taking in photography, sculpture and installation works. There are Gauri Gill shots of disenfranchised, unrecorded people living in the deserts of northern Rajasthan. We also like the look of Jitish Kallat's Circadian Rhyme (2012-13): a line of small figures, each engaging in one long chain of body searches, as if all the airport frisks in the world had how joined together.

Rashid Rana's Crowd (2013) looks pretty powerful too; Rana mounts crowd scenes photographs as wallpaper, giving rise to questions of individuality in such a populous country, as well as the heady power of the mob. 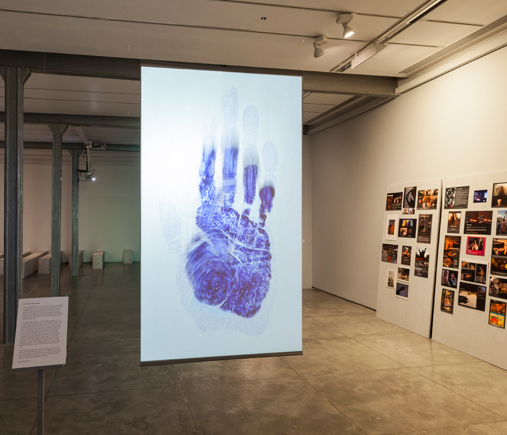 There's also the Raqs Media Collective's Untold Intimacy of Digits (2011), a flickering video handprint. As Kapur explains in her accompanying notes this "animated facsimile of the handprint of a Bengal peasant, taken in 1858 by colonial state officials, prefigures identification technologies that have, since, multiplied the possibility, as Raqs says, of 'the state touching its subjects'."

"In this exhibition," Kapur goes on, "Raj Konai's phantom limb, dipped in indigo blue and counting to infinity, becomes archetypal. It indexes the daily disappeared, the scrutinized, the desubjectified, the sleuths, their victims and our neighbours; it indexes the performers, the marginalized, the martyrs, peoples' leaders and formal icons. That is to say, it deconstructs the political on behalf of the citizen who is at the fulcrum of this exhibition."

Find out more about the exhibition here. And if you like a better understanding of the world's new artistic centres, then to buy a copy of Art Cities of The Future from the people who made it, here.