A new exhibition shows that despite an overload of images, smart photographers can still make their mark

There’s something in Elliott Erwitt’s photograph of Barack Obama’s January 2009 inauguration in Washington DC, which probably wasn’t quite so prominent four years earlier, and certainly wasn’t there in John F Kennedy or Jimmy Carter’s day. Almost every audience member appears to be shooting a smartphone photograph of the event at the very moment Erwitt clicked his shutter (which is very probably why he chose that moment to do so). 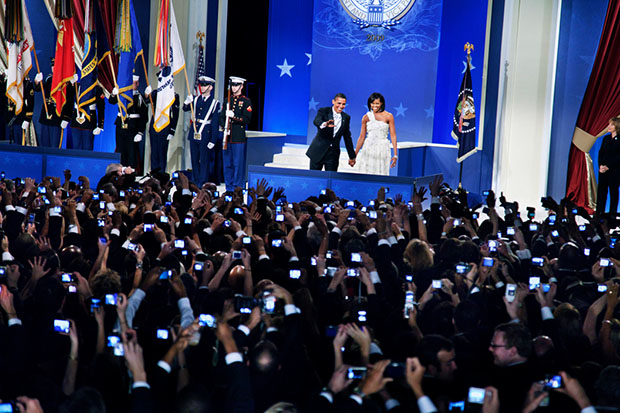 Those glimmering handsets prove that, while photography is nearly as old as the office of the President of the United States, the production and consumption of political images has changed quite a bit since the days of Carter and JFK. 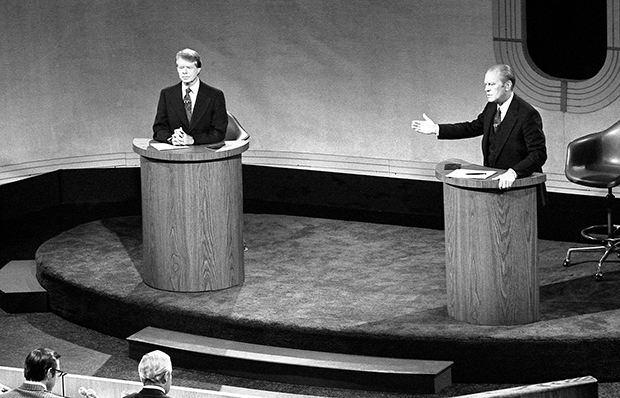 “While staged and curated press prints have historically been the tools of choice for candidates to reach and perform for their electorate, the delivery method has shifted from print publications to broadcast to computer and mobile phone screens,” says Claartje van Dijk, Assistant Curator of International Center for Photography, and co-curator of Winning the White House: From Press Prints to Selfies, which opens at the Southampton Arts Center on Long Island this coming weekend.

In the process, political picture making has become more off-the-cuff. And in response, campaign managers have tried to manage a candidate's image more meticulously. Where does this leave today's political photographers? 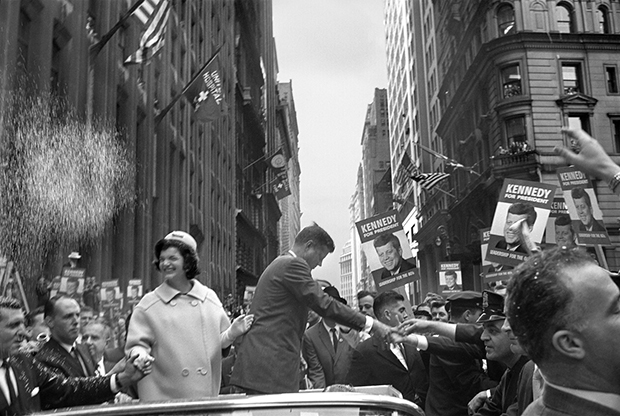 Winning The White House offers a reassuring glimpse of a time when even-handed political protocols were complemented by officially sanctioned, highly professional image makers, such as Cornell Capa (Robert's younger brother), whose shot of John and Jackie Kennedy campaigning in New York features in the show. Yet it also recalls the misplaced assurances of early political campaigning. There’s nothing in Owen Franken’s photo of Walter Mondale’s 1984 jolly campaign garden party that suggests he would go on to lose every single state bar Minnesota. 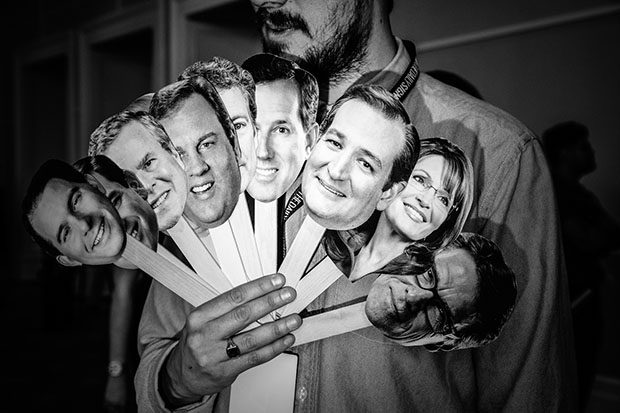 However, the show also demonstrates the way in which skilled photographers still create emotive images that cut through the ubiquity of modern day image making. Consider the NY Times veteran Mark Peterson, whose photo of the press pit at a Ted Cruz event in South Carolina in 2015 seems to get the heart of the senator and his supporters, by turning a lens on the cameras.

That shot accompanied by Peterson's image of the Conservative Political Action Conference (CPAC) convention from February 2015, is an object lesson in sharp political image making that cuts through the selfies, moves voters, and still looks good on a smartphone screen.

For great 20th century photography get Century; for more from Elliott Erwitt consider these books; and for more on contemporary news image making get Questions Without Answers.

More on How photography changed with the Presidential race