The coast of Coney Island is far less dangerous than the conflict-ridden Niger Delta. Yet on Tuesday Ed Kashi, the veteran photojournalist famed for his coverage of the social unrest that has plagued the Nigerian coast, turns his attention to the waters of his native New York, when he runs a one-day workshop shooting the annual Coney Island Polar Bear Club New Year's Day swim on January 1, 2013. 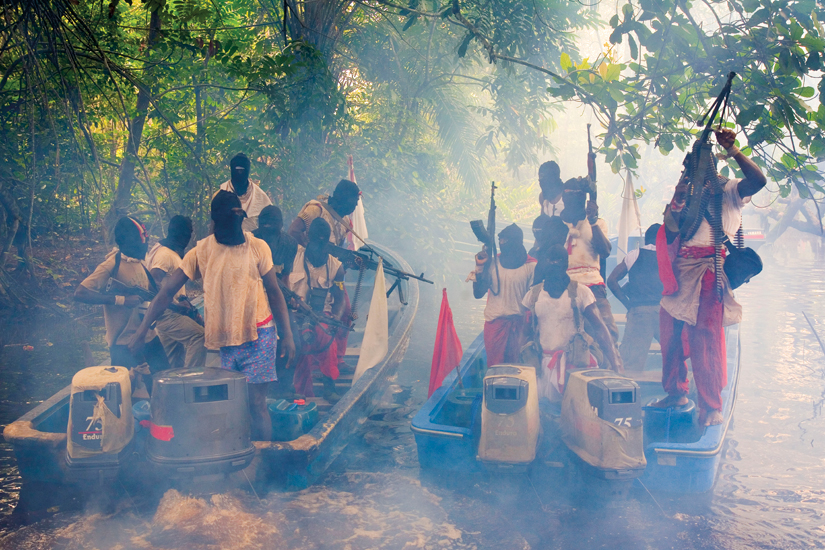 The $120 (£75) workshop consists of a briefing by Kashi, wherein he instructs participants how to cover the annual New Year's Day swim; he also shoots with his pupils, and offers a critique and debrief after the event. The best work will be posted on VII's Instagram feed.

From Ed Kashi's submissions to The New Yorker's Instagram feed (2012)

Also, Kashi is no slouch when it comes to tuition. Despite being a remarkable photographer, and incredibly successful within a very competitive field, he also runs plenty of workshops. In this 2009 post the photographer outlines why he's chosen to teach; it's an interesting meditation on the role and motivations of the expert within vocational education. Towards the end, he writes:

“In this subjective profession, we often flourish or fail according to others’ whims and the uncontrollable fortunes of fate (others might call that luck!); the break from that provided by teaching is refreshing and rejuvenating. I also love sharing my work with others and, especially, the chance to help shape photography’s future, teaching human values and creativity by sharing my passion for the craft and my commitment visual storytelling.”

Read the whole thing here, register for the NYC/NYD event here, and, for more on Kashi and the wonderful work of the VII Photo Agency, consider our Questions Without Answers book - a powerful visual history of the world from the end of the Cold War to the present day, by the photographers at Kashi and co's groundbreaking photo agency, VII.