Plenty of photographers have taken moving shots of the wrecked Italian cruise ship, Costa Concordia, after it ran aground in shallow waters next to the island of Isola del Giglio, just off the coast of Tuscany, last year. Yet few images of this 952ft vessel, lying on it's side next to the cliff tops, have captured how disorientating the wreck must have been for the passengers and crew on board.

The Italian-born photographer Gigi Cifali's series, End of A Dream, is unique in this respect, as his images appear to rework the Costa's sundecks and water slides into strange new forms. 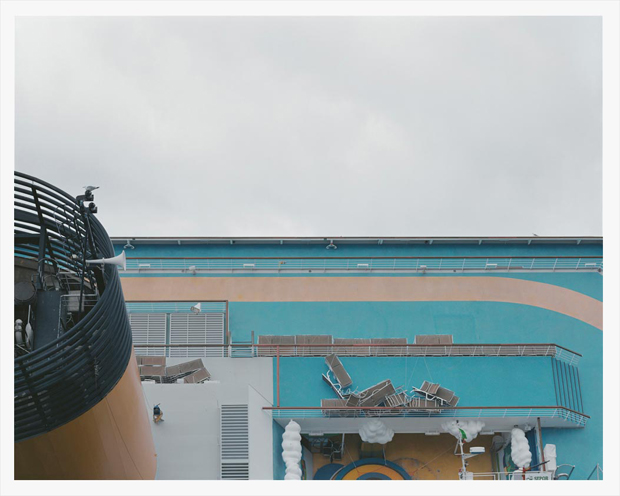 "The stricken ship remained beached near the island for months," Cifali says. "Offering me an opportunity to create a photographic series that reframes the scene, representing it as a wider metaphor for the defeat of human progress and its technologies."

"By photographing it from as close up as I could manage, I draw attention to the visual and literal absurdity of the ship's predicament," Cifali goes on. "The cruise liner has listed onto its side, forced up at an steep angle to reveal the deck, colourfully split into a pattern of swimming pools, water slides, tennis courts and funnels, like an assemblage, a dada version of itself." 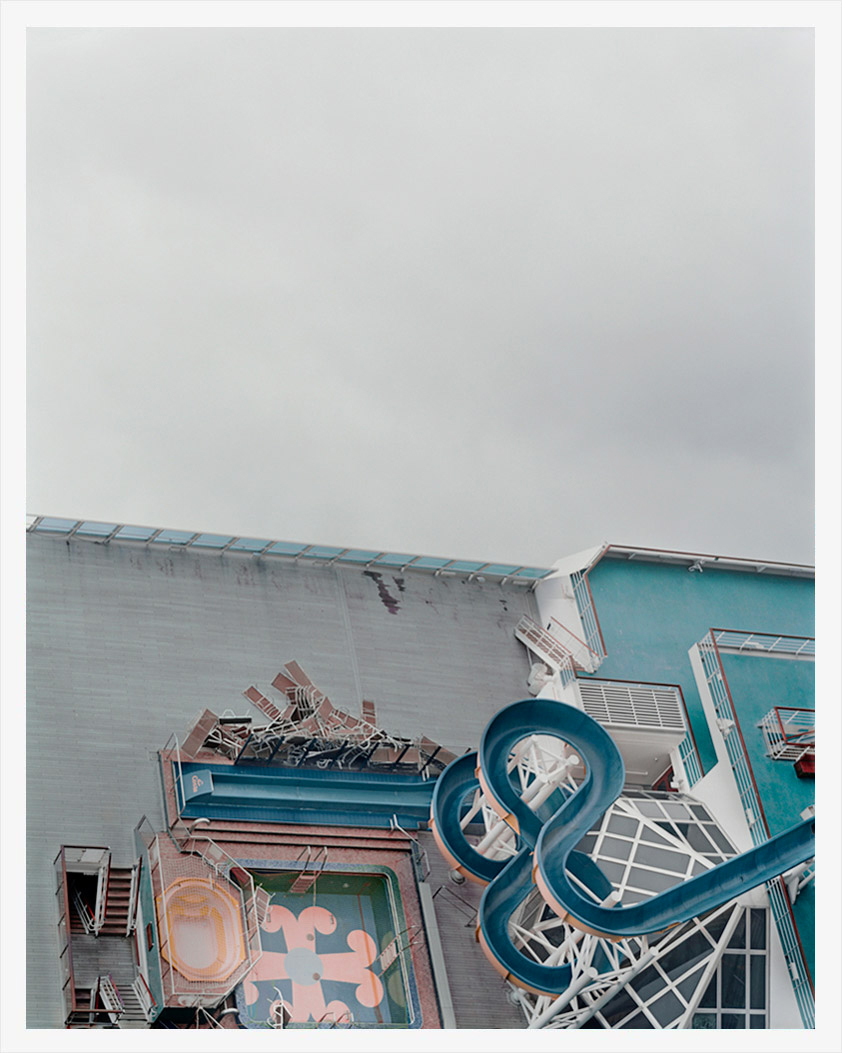 It's common to compare real-life spectacles such as this with their cinematic counterparts, and in this respect, Cifali is no different. "The incongruity of these sites of entertainment, that have been emptied of people and thrown unexpectedly up against the sky, is disorientating," says Cifali "almost funny, fantastical and grotesque... like watching a Federico Fellini Film."' 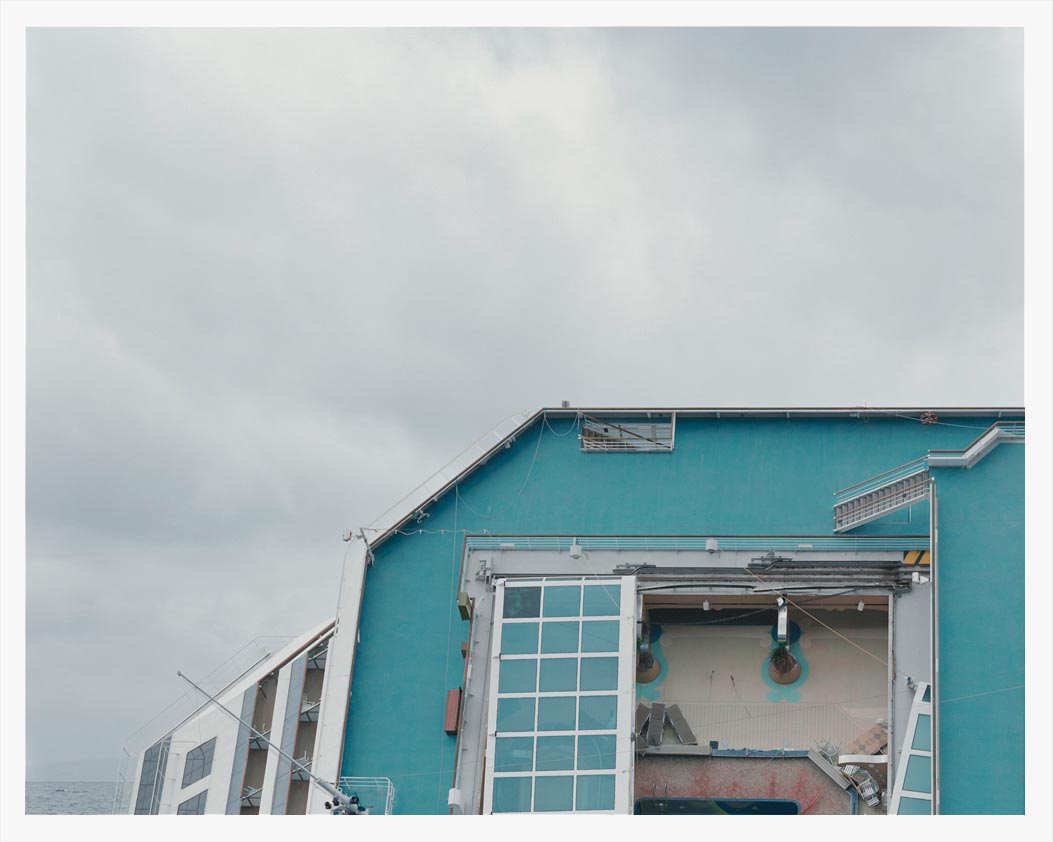 Indeed, Cifali's images have a dark side beyond the merely amusing. As he puts it, this "blackly surreal quality both belies and ultimately reveals the subject's seriousness as a site of unnecessary human failure and tragedy."

Take a good look at his shots here. For more contemporary photography, please browse through our photo books. And, for greater insight into Cifali's cinematic reference, consider our great Fellini book, put together in association with Cahiers du Cinema. Buy these books from the people who made them, here.

More on Does this wrecked liner remind you of Fellini too?