Like their counterparts in New York and London the citizens of Beijing are quick to think of nicknames for notable new landmarks. Even before its completion in 2012, locals had taken to calling Rem Koolhaas’s headquarters for the national television broadcasters, CCTV, “big pants.” 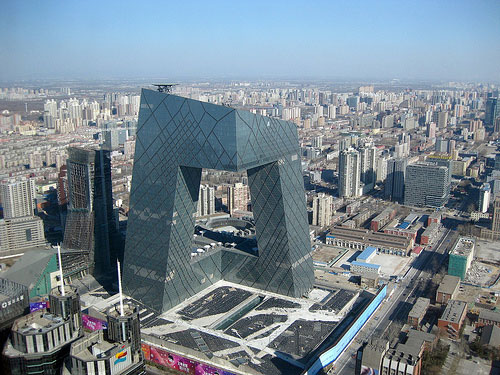 It’s an apt name for the two-legged building, and even more fitting now the Chinese-born London-educated designer Naihan Li has made a version of it to store such essential clothing items in. Naihan, who worked with Ai Weiwei early in her career, has recreated the Beijing landmark as a wardrobe. This 1:100-scale, Brazilian rosewood model of the tower, which goes on display at Gallery All’s stand (C03) at Design Miami next month, offers a variety of cupboards and storage spaces inside its angular body. 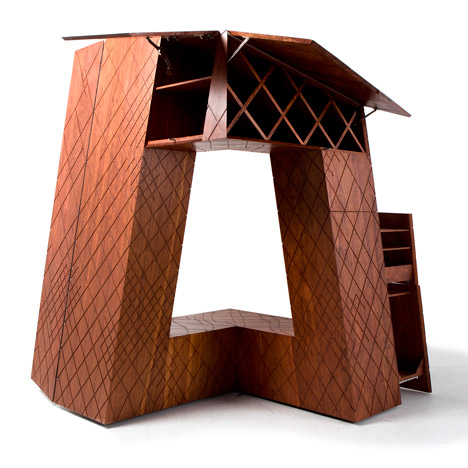 CCTV Wardrobe, from Naihan Li’s I Am Monument series

Indeed, the CCTV tower isn’t the first landmark Naihan has remade. This work is part of an ongoing series, I Am Monument, which has seen the designer recreate the UN headquarters as a wardrobe, the New York Stock Exchange as a household shrine and the Pentagon military base as a wooden day bed.

Naihan says the series was inspired by “the Chinese desire for giant art installations in their homes. People want to own things that are monumental,” she goes on. “This desire traces back to Chinese traditional paintings, which play with the idea of scale from a subjective point of view and minimize the universe. Chinese artists attempt to zoom in to a large part of the world on a small scale.” 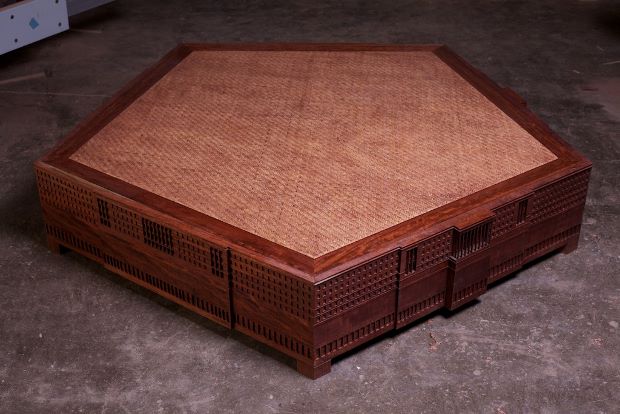 Pentagon day bed, from Naihan Li’s I Am Monument series

If you're at Design Miami, which runs 3-7 December in Miami Beach, just across from the Art Basel fair head for booth C03. Meanwhile, for a better understanding of Chinese traditional painting buy a copy of The Chinese Art Book; for more on innovative furniture design, get Phaidon Design Classics, and for more on contemporary architecture sign up for a free trial of the Phaidon Atlas, our peerless online architectural resource, here.

More on Rem Koolhaas building remade as a wardrobe