We were reflecting on Pace Gallery founder Arne Glimcher’s views on Chinese art as we took in a show that opened at Pace London yesterday. The works by Beijing-based artist Zhao Yao in his exhibition Spirit Above All are a prime example of Glimcher’s assertion of the importance of the narrative in Chinese art right now. We'll recap briefly in case you missed it first time round.

As we know, understanding or following this narrative can be tricky at times but Zhao Yao, a young Chinese artist currently showing at Pace London 6-10 Lexington Street is inviting the viewer to reflect on their own perceptions of his work, saying the interaction with the artwork and the self-consciousness of the viewer is at the crux of it. 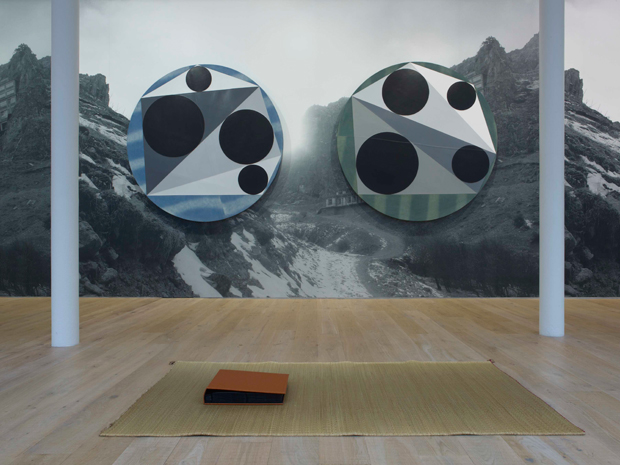 Spirit Above All comprises seven new geometric works by the artist, painted in black, white and grey acrylic on denim – a material recognised for its durability. And that last point is important because as part of the process, Zhao travelled with the (between two and three metres tall) paintings on a 200 mile journey of discovery to Tibet to have them blessed by a living Buddha.

The journey was arduous and the paintings were damaged en-route, something Zhao had expected and planned for - as best he could.

“The trip took 10 days. It was 20 degrees below freezing and 5,000 metres above sea level," he told us. "The oxygen level is very thin in the winter and I was worried at one point that the paintings would be too damaged,” he told Phaidon. “But the villagers were all aware that I was there to see The 9th Chakme Rinpoche and were helpful. 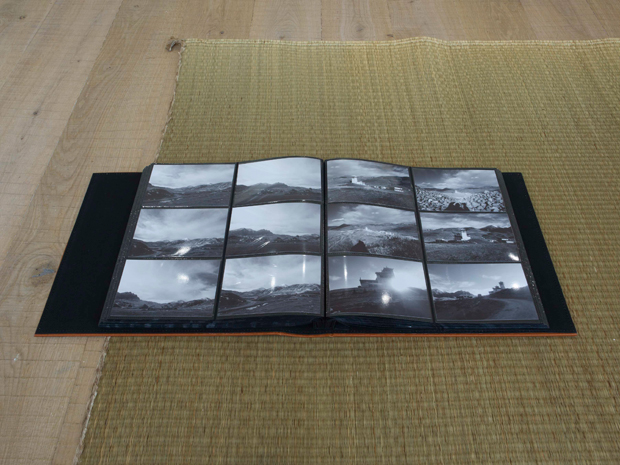 I wasn’t present at the blessing it’s a process during which the living Buddha and other monks in the monastery read prayers constantly. The process is quite secret but I had faith in it.”

Zhao Yao documented the trip with 600 black and white photos taken en-route. These are mounted in albums placed on mats on the floor of the gallery in front of the paintings.

“My understanding of the work changed considerably during the journey,” he says. “Before it was kind of a lighter mood but it was such a difficult journey it made me question the hardship and why I had to do it this way. I could have chosen a monastery near Beijing where I am based, but I think the process is felt by the viewer.” 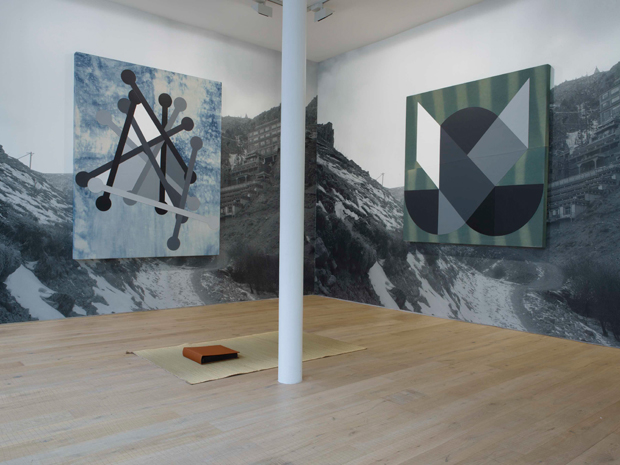 Spirit Above All is an extension of the series A Painting of Thought, presented at Beijing Commune in 2011 and 2012, for which Zhao Yao borrowed geometric patterns from brainteaser puzzles. This creates an on-going cycle of self-assessment, and reconstruction of the old to produce the new, a process he describes as “self-consumption”.

“There is something that stays with each series of work but there are different values,” he told Phaidon. Indeed, familiar visual language, further explored in this new exhibition, diverts the focus from the apparent Modernist formality of the works and instead invites the viewer to reflect on their own perceptions.

“With my art I want to bring new understandings of familiar knowledge,” he said. “One’s understanding of denim as a material for example.  It’s interesting to me how denim was originally perceived in America as a working class material but in China when it came in in the 80s it was perceived very much as part of pop culture straightaway. To put that within the serious theme of Buddhism and frame people’s experiences within that and invite people’s own interpretation is interesting to me.” 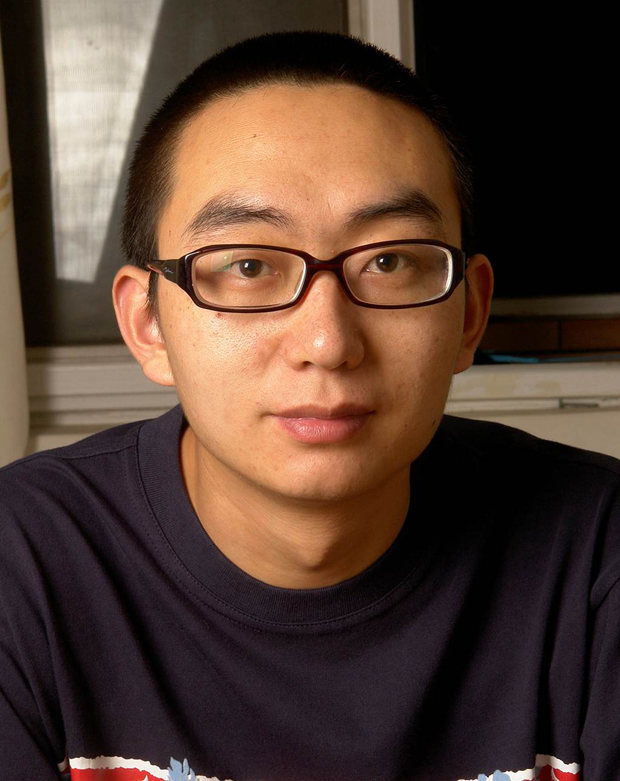 On the inevitable question of whether he's making a religious, political or purely personal statement by taking the paintings to Tibet he doesn’t flinch.

“I want people to ask that. It’s the point of the exhibition. Why are you looking at something like this? It’s just geometric patterns that probably don’t mean anything, so why do you feel like oh, digging into the politics and religious and economic factors behind the works? That’s what I want to achieve – to use my art to bring people’s experiences together and for people to question or ask: ‘When I see a monastery why do I ask what is the religion behind it?’”

More on Zhao Yao Spirit Above All at Pace London