What happens when you try to copy perfection? In the early sixteenth century, European artists did just that and found out.

“Round about 1520 all lovers of art in the Italian cities seemed to agree that painting had reached the peak of perfection,” writes EH Gombrich in his canonical art history book, The Story of Art. “Men such as Michelangelo [born on this day, 6 March in 1475] and Raphael, Titian and Leonardo had actually done everything that former generations had tried to do.

No problem of draughtsmanship seemed too difficult for them, no subject matter too complicated. They had shown how to combine beauty and harmony with correctness, and had even surpassed – so it was said – the most renowned statues of Greek and Roman antiquity.”

What could go wrong? Well, Gombrich explains, problems arose when other, lesser, artists attempted to follow these masters’ lead. 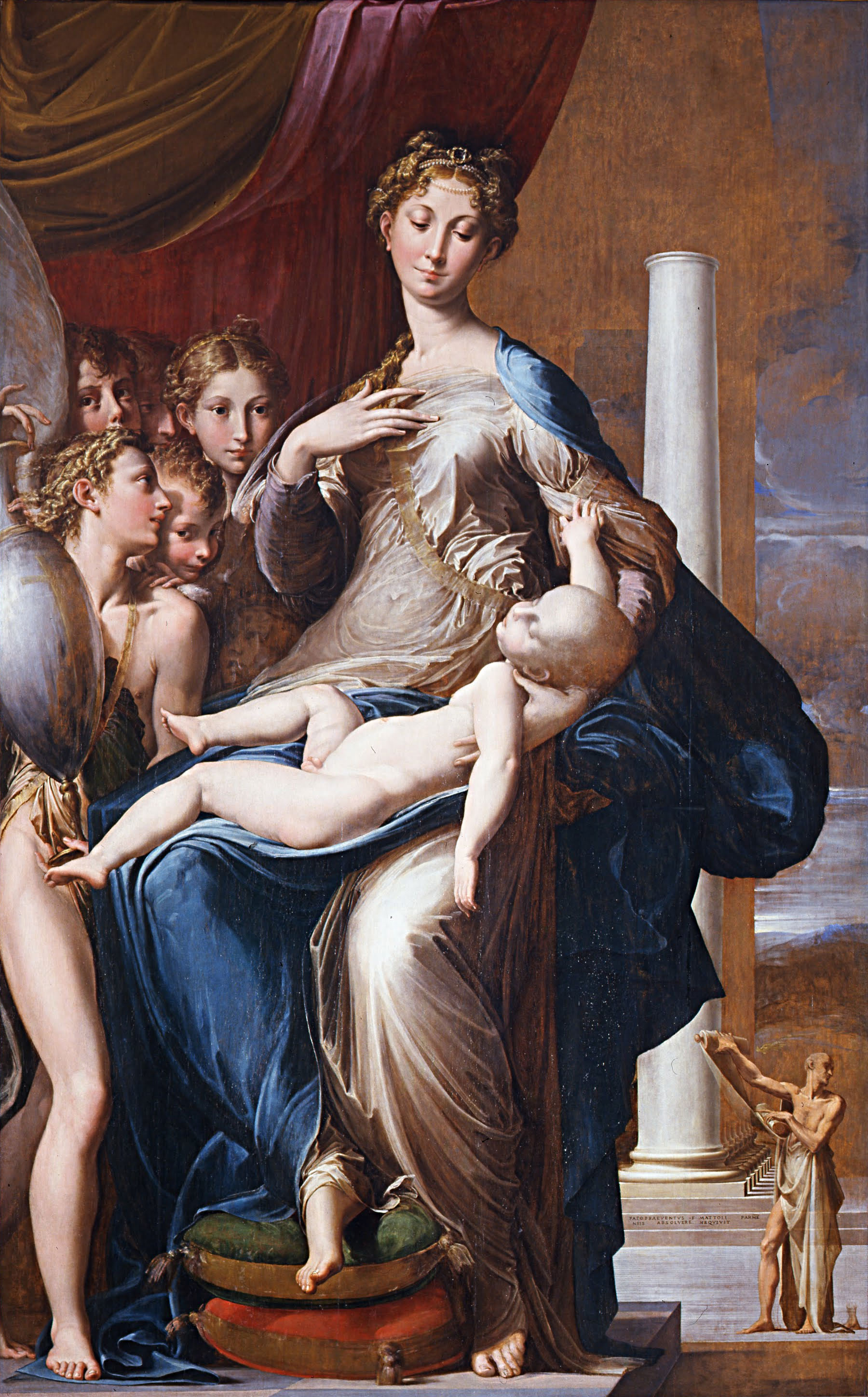 Madonna of the Long Neck (1534-40) by Parmigianino, as reproduced in Art in Time

“Michelangelo loved to draw nudes in complicated attitudes,” Gombrich explains, “well if that was the right thing to do, they [lesser artists] would copy his nudes, and put them into their pictures, whether they fitted or not. The results were sometimes slightly ludicrous – the sacred scenes from the Bible were crowded out by what appeared to be a training team of young athletes.”

“Later critics, who saw that these young painters had gone wrong since they merely imitated the manner of Michelangelo because it was in fashion, have called this the period of Mannerism,” Gombrich writes.

That label itself needs a little unpacking, as, in Italian, the word has two meanings. Here’s how our book, Art in Time describes the movement.

“Mannerism evolved in Italy in the 1520s and spread, mainly via the courts, to France, the Holy Roman Empire and the rest of Europe before disappearing in Italy somewhat earlier than in other countries, around 1600,” explains the book. 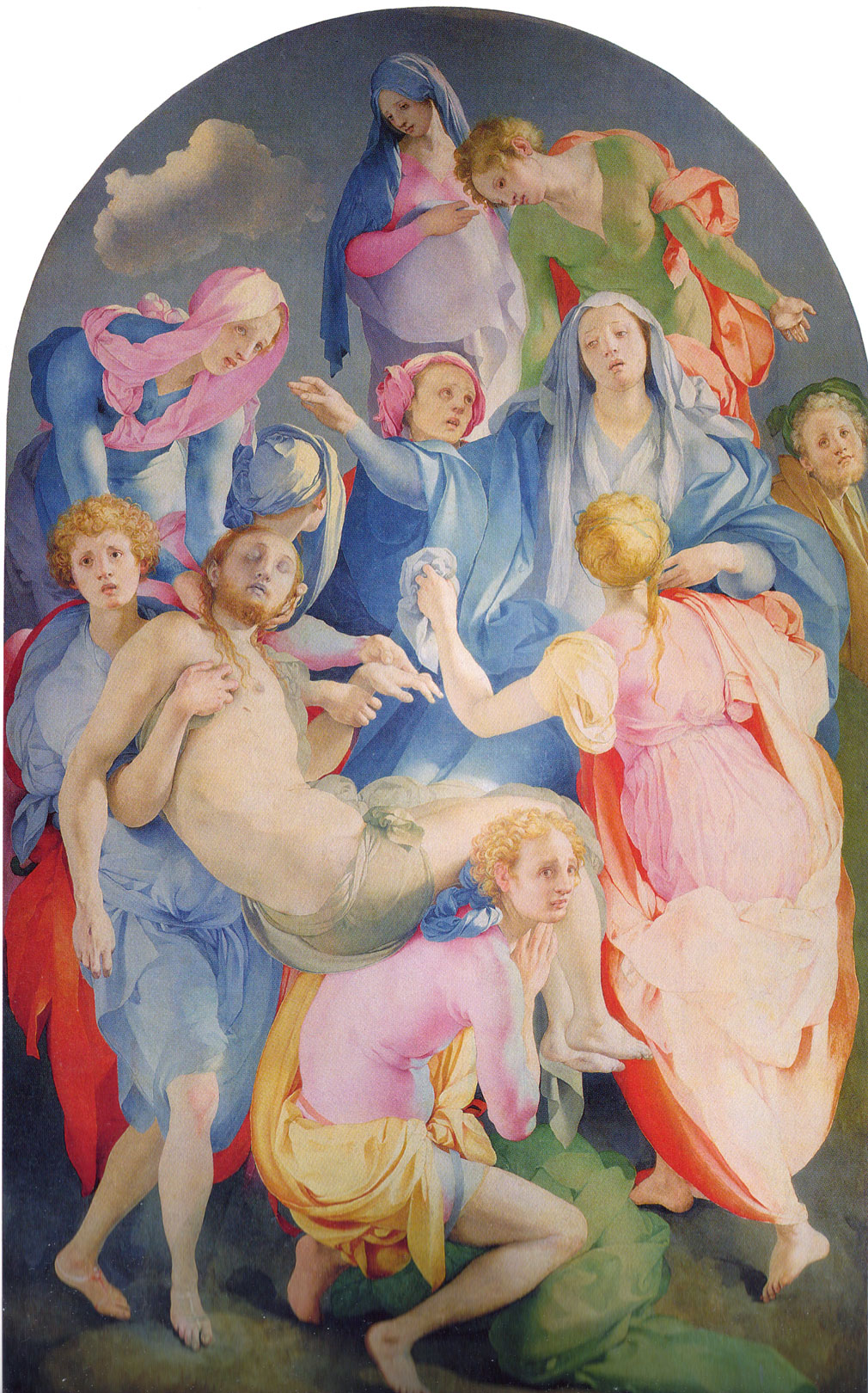 Pietà (The Deposition from the Cross) by (1525-28) Jacopo del Pontormo, as reproduced in Art in Time

“The term is derived from the Italian maniera, which has a double meaning: on the one hand, it refers to an artist’s hand (mano), in the sense of a personal style, while on the other it stands for stylishness as such. Thus Mannerism, ‘the stylish style’ is one that drove towards an extreme refinement and elegance in painting, sculpture and printmaking as well as in architecture and the decorative arts.”

While the looping necks and contorted figures of Mannerist works might look unappealing to contemporary viewers, it wasn’t Mannerism’s unnaturalness that led to its ultimate rejection, but more its preoccupation with Michelangelo-style nudes.

Art in Time focuses on Michelangelo’s masterwork, The Last Judgement, the fresco on the altar wall of the Sistine chapel.

“Not all viewers were convinced of the appropriateness of the nude here,” the book explains, “and in an ecclesiastical climate that was growing increasingly conservative, this style of religious art soon faltered.” 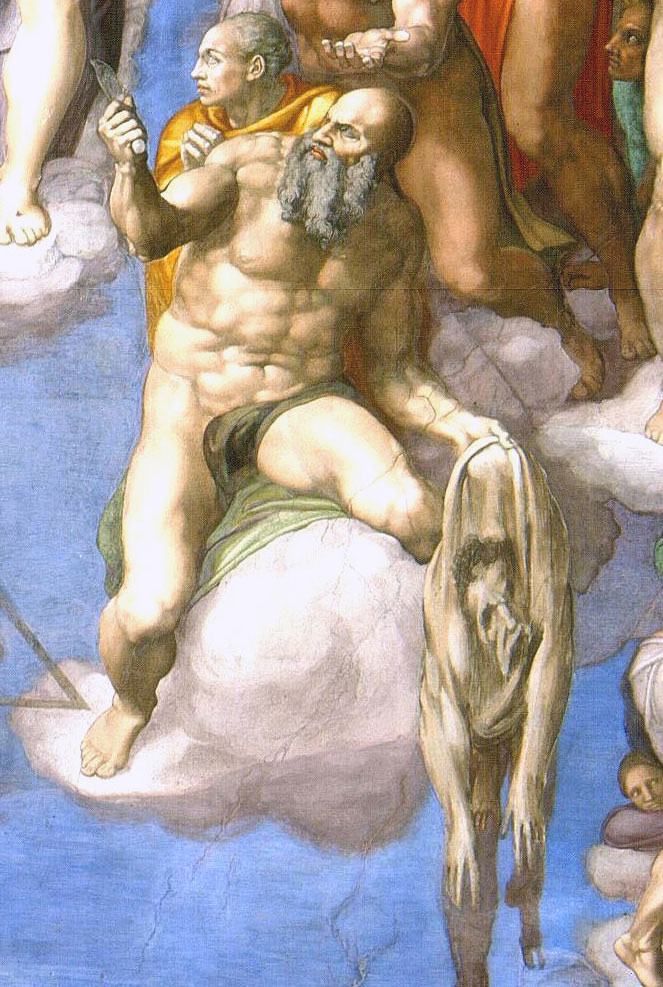 Saint Bartholomew displaying his flayed skin, as represented in Michelangleo's Last Judgement. Most scholars agree that the face on the skin is Michelangelo's own; this image now appears in our new book, 500 Self-Portraits

For more on both the Renaissance and the rest of art history, order a copy of The Story of Art here, and Art in Time here.

More on A Movement in a Moment: Mannerism