Understand how a poetic movement spurred painters on to express inner truths, not subjective realities

On 18 September 1886 The Symbolist Manifesto was published in Paris’s Le Figaro newspaper. Written by the Greek-born critic and poet Jean Moréas, it focussed on literature, particularly on poets such as Charles Baudelaire. However, Moréas’s assertion that art should express ideas and moods - visual symbols for the invisible, inner world - rather than hard social and visual realities, as favoured by earlier writers, was soon adopted more widely throughout the arts.

The French painter Odilon Redon - born on this day, April 20, in 1840 - had laboured in relative obscurity, until he provided illustrations for the successful 1884 novel À Rebours (Against Nature) by Joris-Karl Huysmans. This book description with one man’s inner life and aesthetic references was a direct rejection of gritty realism, just as Redon’s noirs – charcoal or lithographic evocations of nature’s hidden anima, such as The Marsh Flower, A Sad Human Head expressed subjective truths, using “the logic of the visible at the service of the invisible” as the artist himself put it. 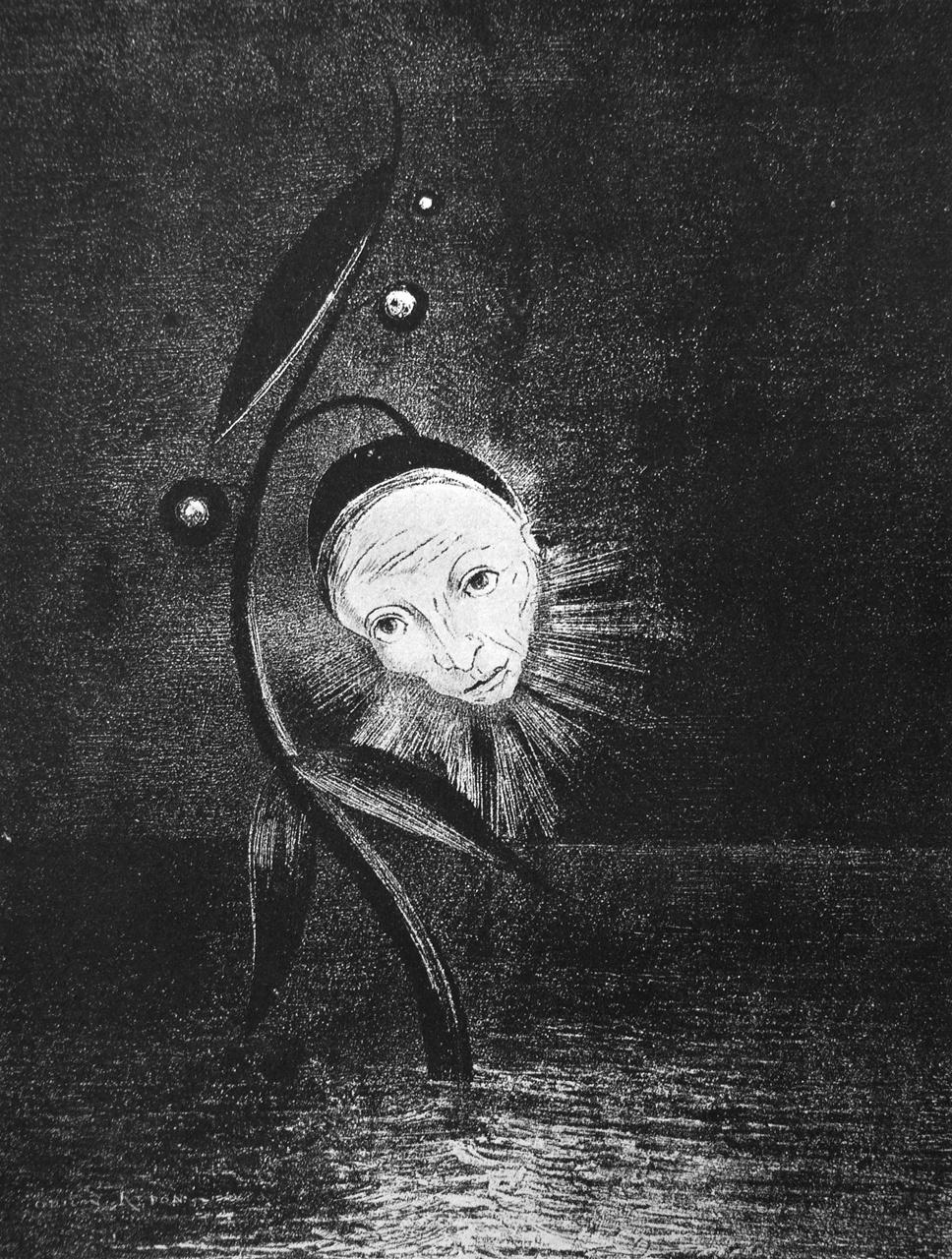 The Marsh Flower, A Sad Human Head (1885) by Odilon Redon. As reproduced in Art in Time

Redon was not alone in wanting to find a deeper truth via figurative art. The poet, critic and painter G. Albert Aurier was one of the first to identify Symbolism in other, better-known artists, as our book Art in Time explains.

“Aurier declared Vincent van Gogh a Symbolist in 1890,” explains the text, “calling attention to the Dutchman’s use of colour and line to suggest ideas and moods rather than visual realities, and the way his paintings were expressive of personal temperament. Van Gogh’s many letters to his friends and family, including to his brother Theo, corroborate Aurier’s assessment. Van Gogh said of the Night Café , for instance, that it was ‘one of the ugliest’ pictures he had ever done, because he was trying ‘to express the terrible passions of humanity by means of red and green’. The perspective distortions, the vibrant, clashing colour, the thick impasto paint and the shimmering yellow gas lamps in the ceiling create a sense of a pulsating force that animates the café, if not the inhabitants, who sit hunched over their drinks at the margins of the vortexing space. 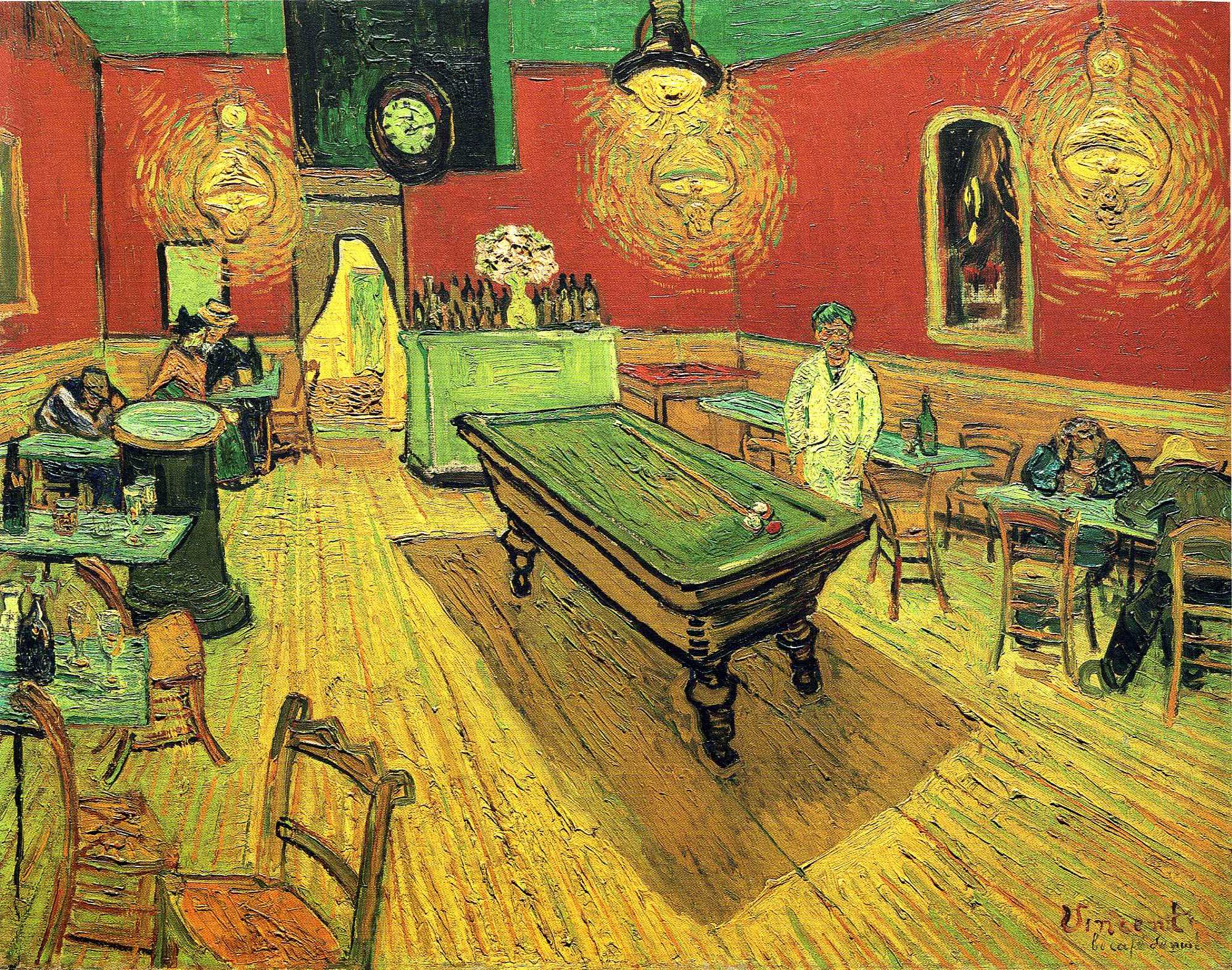 The Night Cafe (1888) by Vincent van Gogh. As reproduced in Art in Time

“Despite his deep admiration for van Gogh, Aurier declared the leader of the Symbolist tendency in painting to be Paul Gauguin, exemplified by Vision After the Sermon (Jacob Wrestling the Angel) . Having just emerged from a sermon performed by the priest visible at the far right, a group of traditionally dressed Breton women have a collective vision of Jacob wrestling the angel. The wrestling figures appear in the upper right, beyond the trunk of a tree that bifurcates the scene, cutting across the brilliant flat red field of the background. In a letter to van Gogh, Gauguin made clear his Symbolist intentions, writing that ‘the landscape and the fight only exist in the imagination of the people praying after the sermon.’”

“Aurier articulated what was meant by Symbolism in painting: it should express the idea through symbols, be synthetic, subjective and, as a consequence, decorative. For some Symbolists, this indirect communication, rather than direct representation, went hand in hand with a weariness with modernity that necessitated withdrawal from society.” 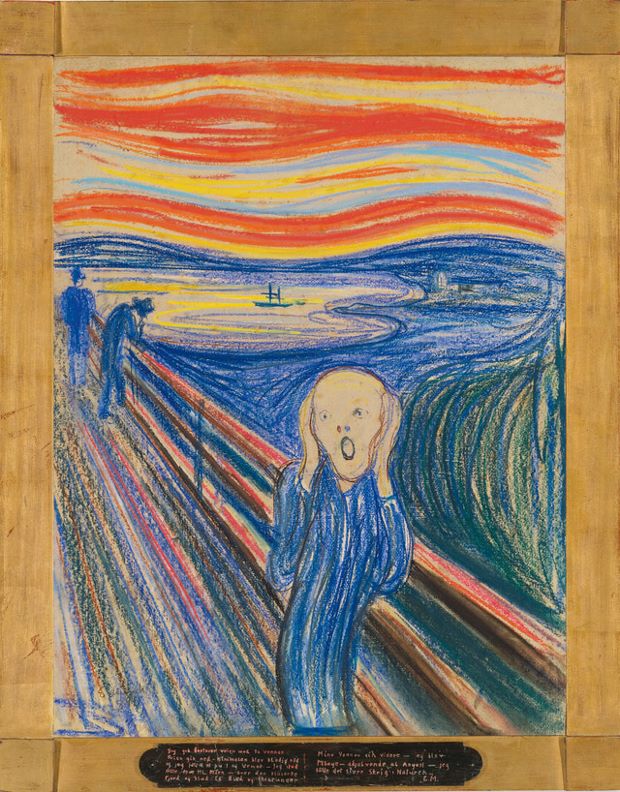 This tendency to withdraw did not help the Symbolist movement. Van Gogh was dead before the movement truly got underway, and Gauguin relocated to Tahiti soon thereafter.

Nevertheless, Redon continued to draw from his inner dreams and nightmares, while the principle that a figurative work can express not hard, outward reality, but a deeper inner truth can be seen in the most famous, successful and prescient work produced in the final decade of the 19th century.

“The Norwegian Edvard Munch united many of these themes in possibly his most famous work, The Scream.,” concludes Art in Time. “A powerful image of anxiety and alienation, the painting shows a wide-eyed spectral figure thrown against the picture plane by the sharp diagonal of the bridge on which he stands, mouth open in a silent scream that seems to cause the brightly coloured sky and landscape beyond to writhe in response.” 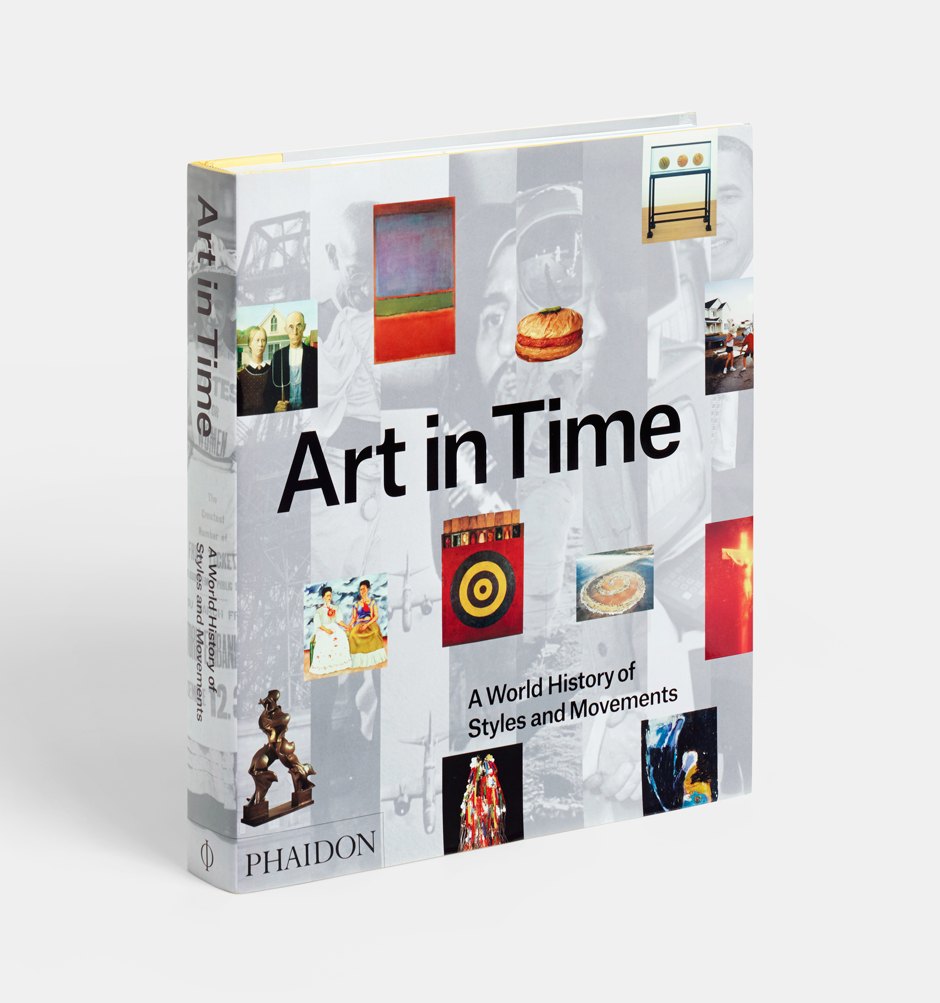 For more on Symbolism’s place within art history, get Art in Time; for more on van Gogh order this book; and for more on how today’s painters reconcile those inner and outer forces get Vitamin P3.