Sterling Ruby - Why I Create

Sterling Ruby’s prodigious and conflicted output holds creation and destruction, expression and repression in a visceral balance. Ruby himself credits his rural childhood for that, describing himself as ‘a problematic kid who absolutely hated where I lived, which was this macho community in the middle of nowhere’. His response has been to apply a caricature of masculine vigour to the less expected zones of textiles and ceramics, just as much as to the more traditionally male fields of sculpture and painting, and to cite Amish quilt-making as an influence alongside urban punk and his previous streetlife as a skateboarder. Here the Vitamin C: Clay and Ceramic in Contemporary Art featured artist tells us why he works in the medium, what particular challenges it holds for him and who he thinks always gets it right. 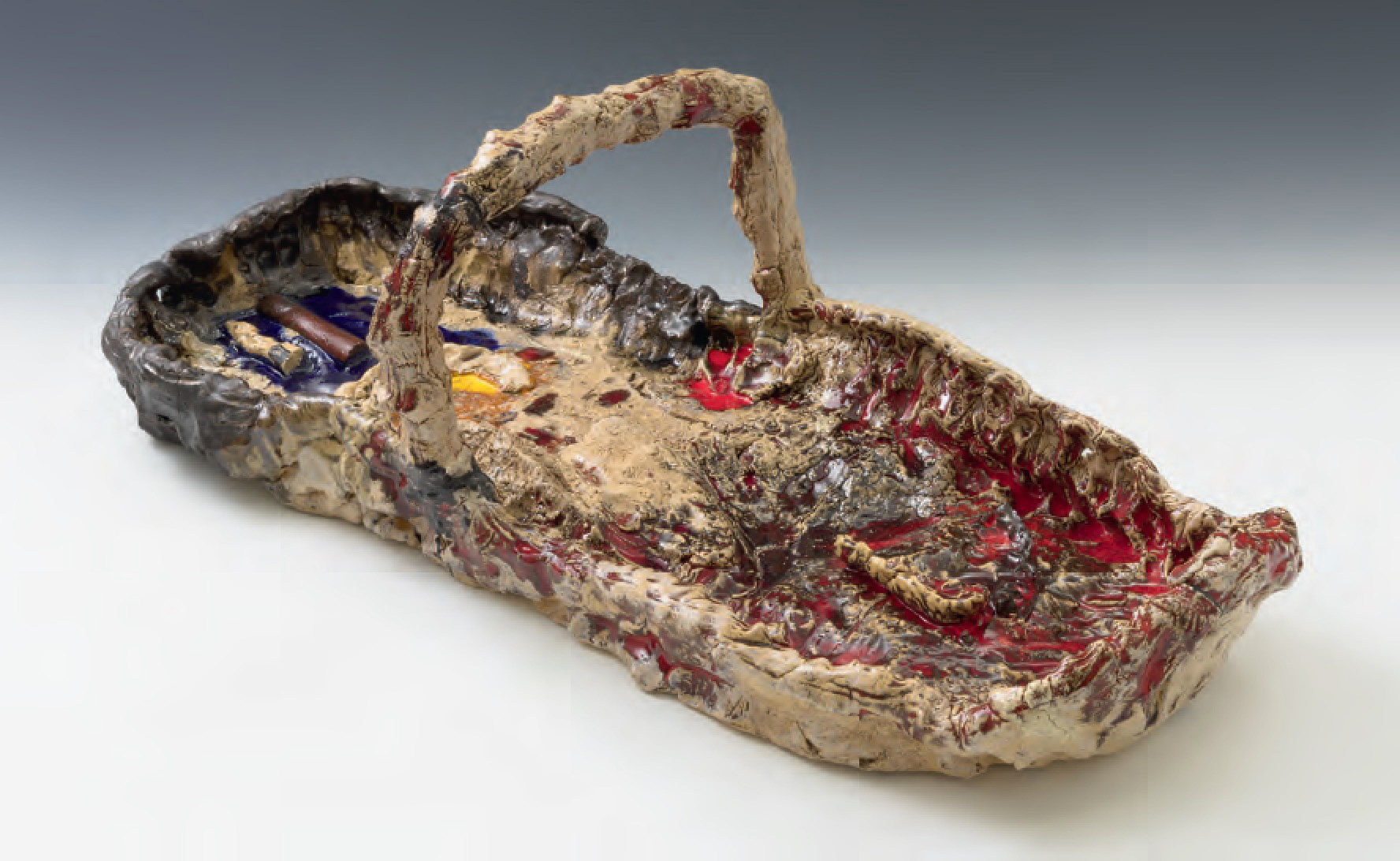 Who are you and what’s your relationship to clay and ceramics? Sterling Ruby. I have been working with ceramics for almost 20 years. I initially took a conceptual approach to working with clay, I first thought of my early ceramic works as sociological and psychological studies, case studies in art therapy. But over time I have come to see and embrace their strong connection to craft.

Why do you think there’s an increased interest around clay and ceramics right now? When I first started, artists my age were not working in ceramics. At that time clay was seen as craft, not conceptual. Hand-made objects were associated with gesture and sincerity, and many artists my age had no interest in those things, most artists were grappling with the fallout from postmodernism and conceptual art.

To be an instinctive artist was completely at odds with how I was taught, my generation was told to have a premeditated concept, an already answered theoretical question before making anything. Using clay became a way to just make something, it represented the gesture I was longing for. I started to see my ceramics as monuments to my desire to make a sincere gesture, and the shame that came with it.

So now, 15-20 years later ceramics represent that transition for me. It might also mean that a younger generation of artists who don’t have the same hang ups that I did can readily use the material for what it is, just making vessels, ashtrays, dishware, figurines. 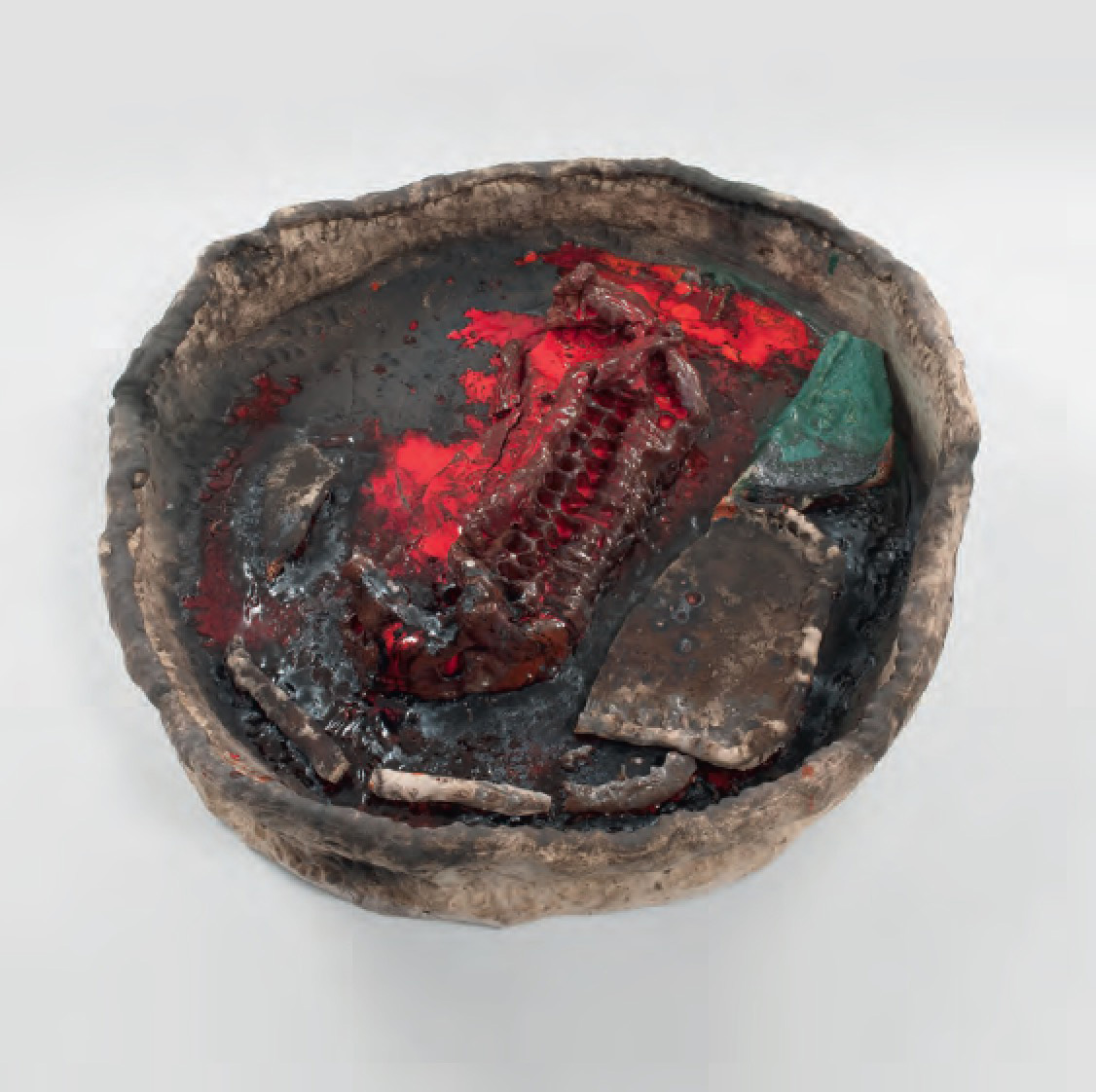 Ceramics is sometimes regarded as decorative, rather than fine arts. Does the distinction bother or annoy you? It doesn’t annoy me, it might even be useful. I have always looked to the Bauhaus movement as a model – form, function, politics and artistic autonomy – all existing simultaneously. I like being non-hierarchical, I don’t feel an allegiance to these older codes or categories.

Whose work in this field do you admire? Voulkos for sure, and Rosemarie Trockel’s ceramics are at the top of my list. I have always admired Lucio Fontana’s crucifix series, especially the ones with the purple and yellow metallic glazes.

What are the hardest things for you to get ‘right’ and what are your unique challenges? Technical setbacks mostly: drying times, moisture, ceramics exploding, not achieving the right cone temperatures, kilns breaking, power outages.

What part does the vulnerability of the material play in things? For me, as a material, clay has always been about malleability as opposed to vulnerability. That being said, I incorporate the failure and fragility of ceramics by using broken fragments from previous works in the creation of new pieces. I like the opportunity for chance, the reclamation and recycling through materials. It becomes an autobiographical excavation, my own archaeology. 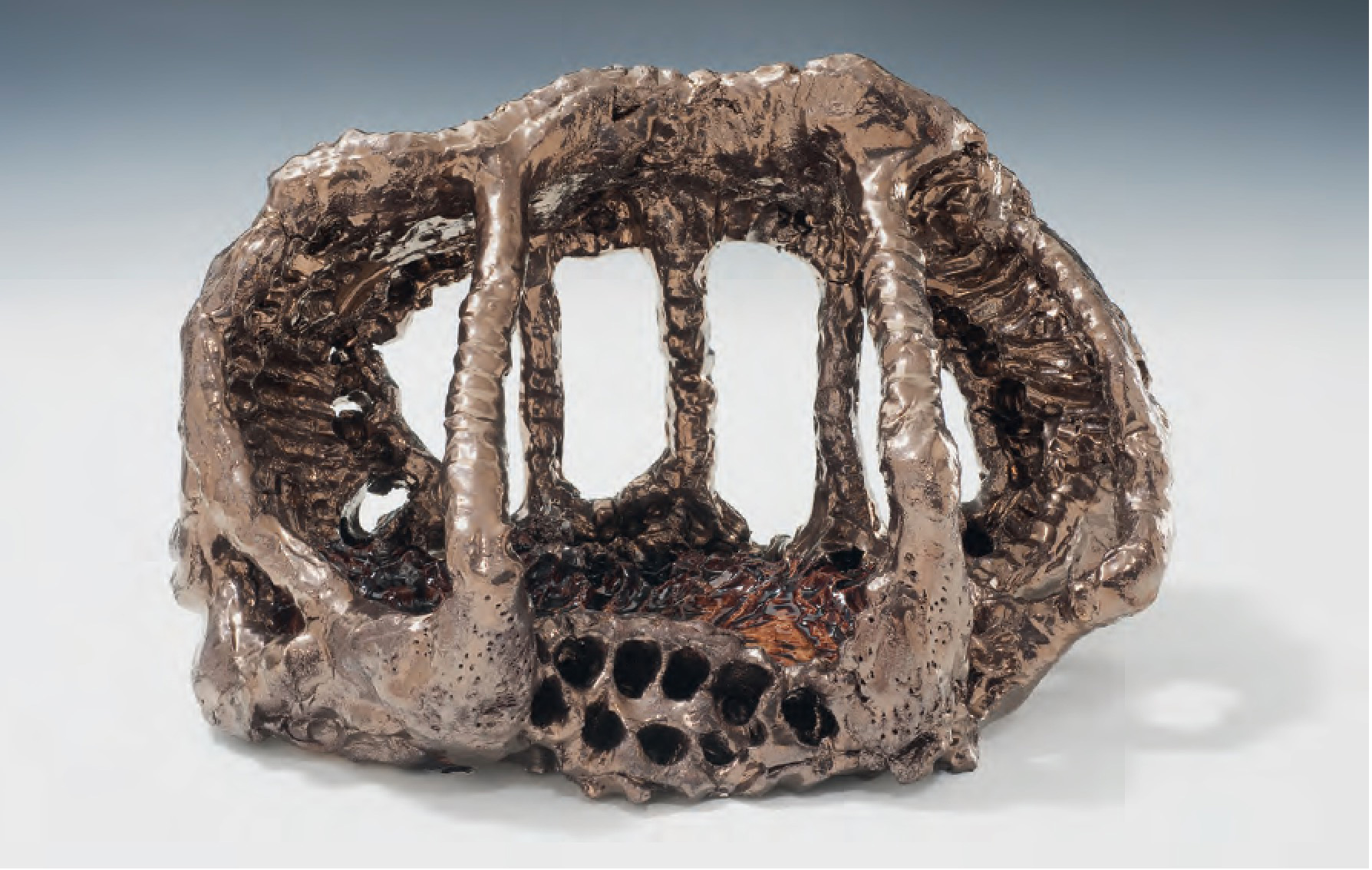 Is how you display a piece an important element of the work itself? Do you ever suggest how something might be displayed? I always place the ceramics on pedestals. They need the height of a pedestal to come into view, it creates intimacy. I don’t mind them becoming objects, that’s part of it.

What’s next for you, and what’s next for ceramics?  I am working on a 15-year survey show of my ceramic works opening at the Des Moines Art Center in 2018. Jeff Fleming is curating the exhibition, and archaeologist J. Theodore Peña is contributing an essay for the catalog.

Clay and ceramics have in recent years been elevated from craft to high art material, with the resulting artworks being coveted by collectors and exhibited in museums around the world. Vitamin C: Clay and Ceramic in Contemporary Art celebrates the revival of clay as a material for contemporary artists, featuring a wide range of global talent selected by the world's leading curators, critics, and art professionals. Packed with illustrations, it's a vibrant and incredibly timely survey - the first of its kind. Buy Vitamin C here. And if you're quick, you can snap up work by Sterling Ruby at Artspace here.