Why ceramics are so this season!

From the windows of Fifth Avenue to the side projects of Hollywood’s elite, clay is making a comeback

The windows of Bergdorf Goodman are usually the place to see high fashion, rather than newly fired pottery. However, this summer, the luxury-goods department store on Fifth Avenue in Manhattan, is turning its displays over to ceramics, as the worlds of fashion and fine art develop a new appreciation for fired earth.

Bergdorf is currently showing a series of balloon-like letters by the Israeli ceramicist Sivan Sternbach alongside garments by Tom Ford, Michael Kors and Miu Miu. Some of Sternbach’s pieces seem to reference Jeff Koons’ balloon works, while others, such as the Blah, Blah, Blah arrangement in Bergdorf’s window (top), make a more explicit homage to US artist Mel Bochner’s text pieces.

Over in Britain, the UK fine artist and ceramicist Jesse Wine has just won the won the Powerhouse Commission, with a similarly referential proposal. This new annual prize, staged by the Battersea Power Station and the CASS Sculpture Foundation, aims to provide artists with an exceptional opportunity to create a large-scale outdoor sculpture. It's also further proof of a resurgence of interest in ceramics that is getting more widespread by the day. 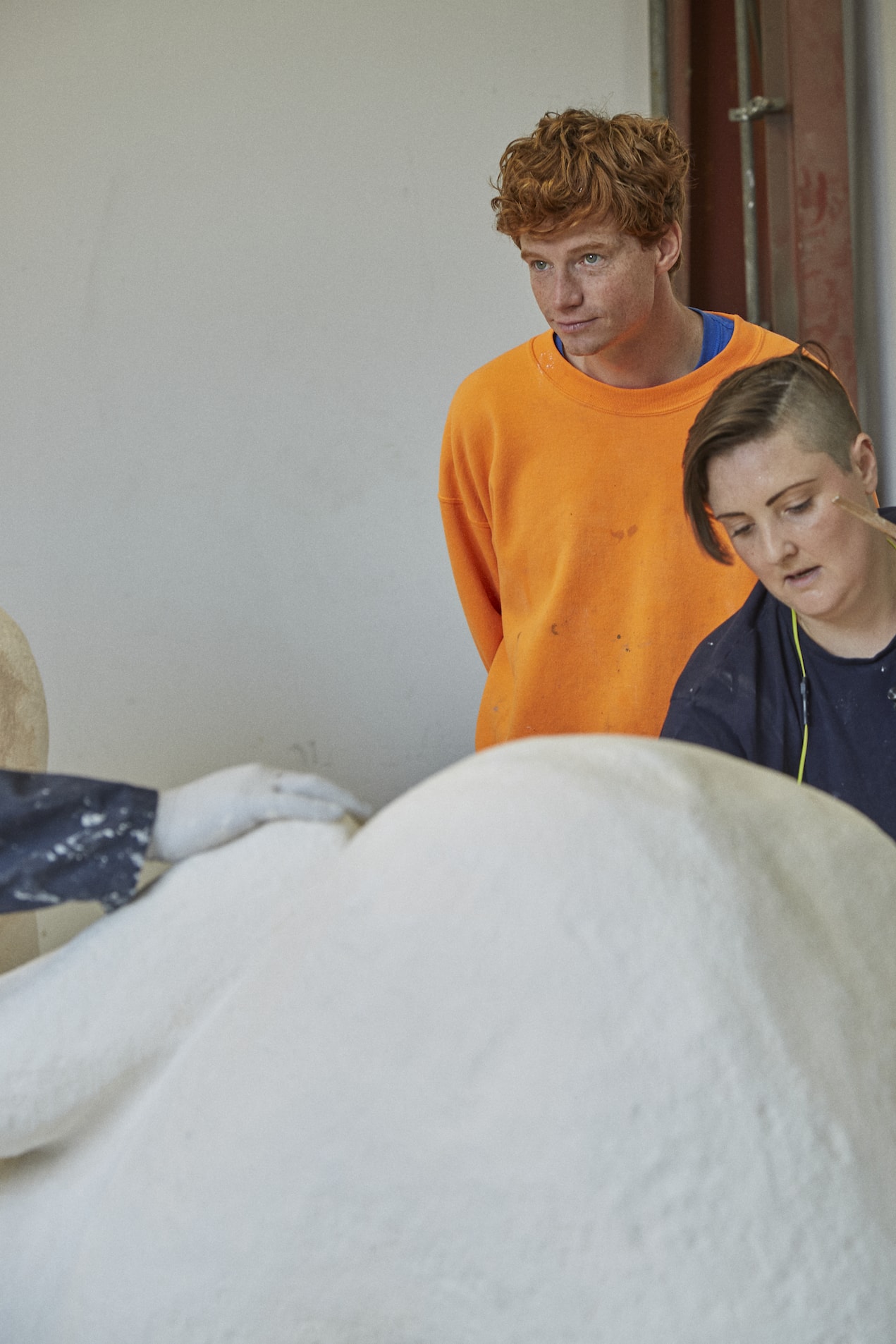 Jesse Wine’s winning proposal will “mirror the timeline of Battersea Power Station through the historical development of sculpture during the same period, from 1933 through to the present day,” explain the organisers. “The work will directly reference Battersea Power Station’s local history of sculpture by re-creating and re-interpreting the work of Henry Moore, who studied at the Royal College of Art and presented work in Battersea Park. At the same time, it will retain Wine’s signature style, adorned with depictions of objects – including cups of tea, sandwiches, notepads and flat caps – suggesting a huddle of workers paused for a tea break on this icon of 20th century British art.”

Meanwhile, the actor, director and fine artist James Franco (who, incidentally, features on the cover of our new Annie Leibovitz book) has been drawing on more vernacular sources for his new ceramics show with his brother Tom. Entitled, Pipe Brothers: Tom and James Franco, this show features a series of seven-and-a-half foot clay sewage pipes, which the pair have decorated, alongside fellow artists Heather Fairweather, Colin Hurley, Oliver Bacoy, Shane Lutzk, Iris Torres and Jenifer Howel. 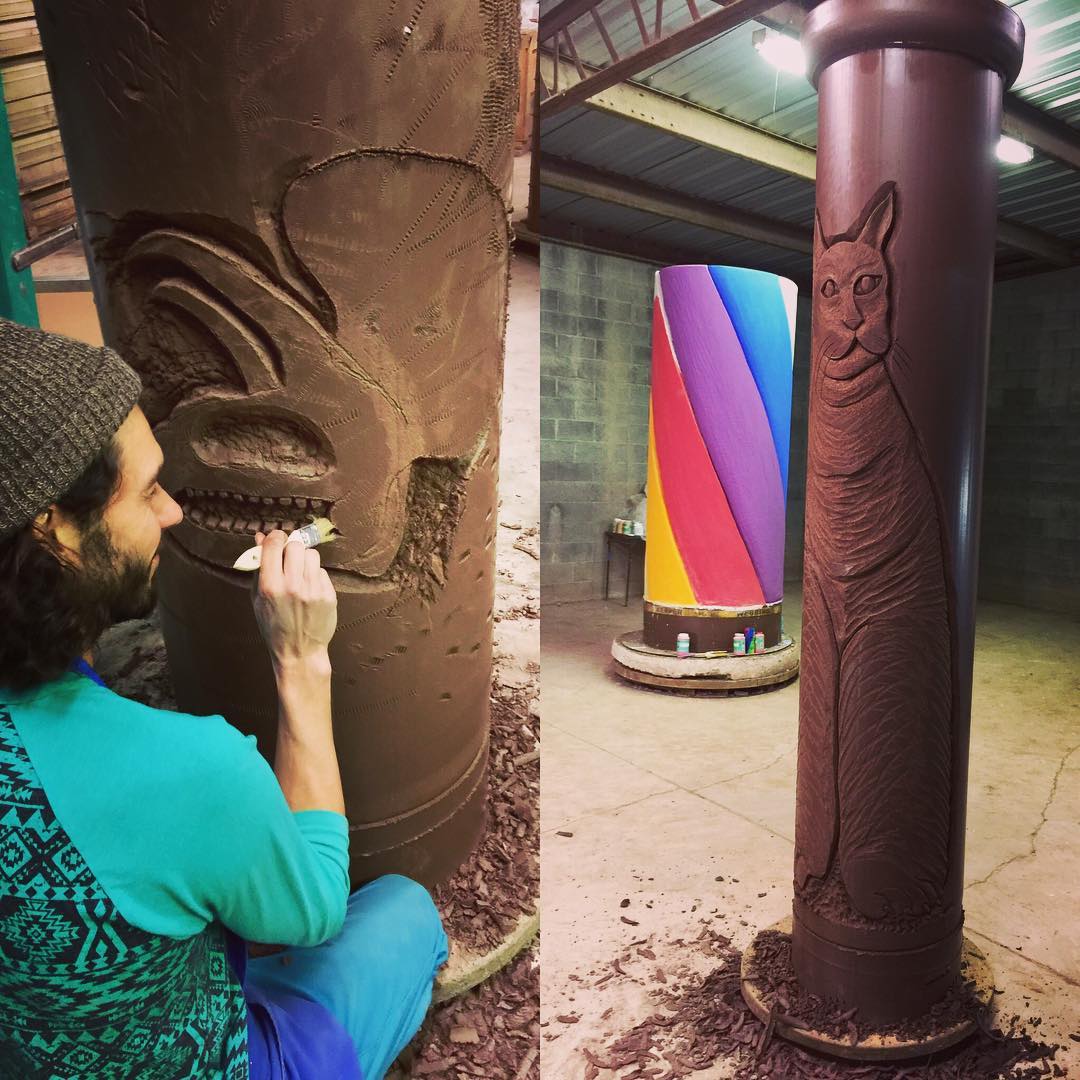 Tom Franco working on his ceramic pipes. Image courtesy of the artist's Instagram

Look out for Sesame Street characters, frogs and fire-breathing dragons on these totem-pole-like pieces, which are on show at Arizona State University’s Ceramics Research Center until 23 September. And for a more 20th century take on kiln-fired refinement, gallery goers should try to get along to Picasso: Ceramics from the Attenborough Collection at York’s Centre for Ceramics Art, in the North of England, this summer. 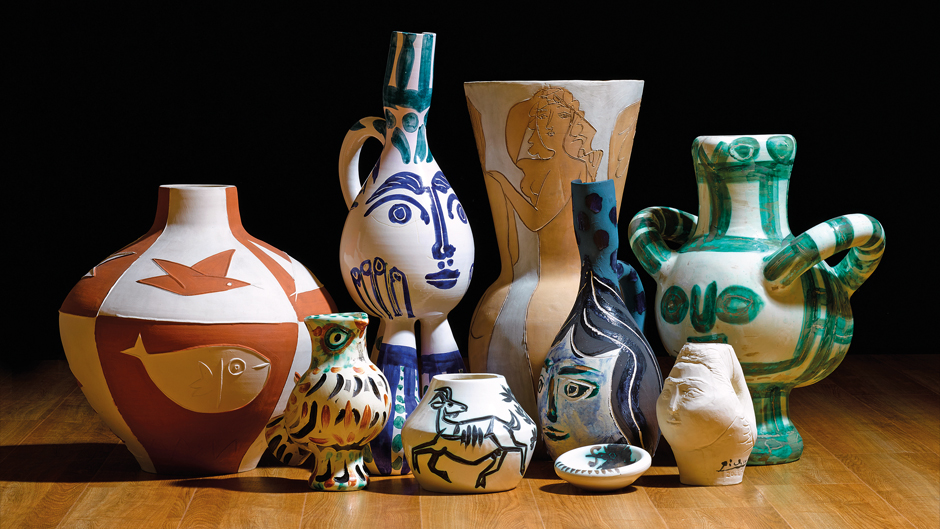 Picasso ceramics from the Attenborough collection. Image courtesy of Sotheby's

Picasso’s pottery was, at one point, relatively affordable. However, prices have risen over the intervening decades, enabling the Attenborough Estate to sell a collection of Picasso ceramics at Sotheby’s last year for over £3m. All in all, it's shaping up to be the summer of ceramics. And if all this activity and interest has maybe tempted you to start your own ceramics collection, or you'djust like to find out more about the medium, order a copy of our new contemporary ceramics overview, Vitamin C, here.