Marlene Steyn - Why I Create

In 2014 Marlene Steyn held her debut solo exhibition, ‘How Cannibals Cuddle’, at Cabin Gallery in South London. The exhibition comprised five drawings, three paintings on unstretched linen and four sculptures, two of them made from clay. The show introduced viewers to Steyn’s cartoonish doppelgänger with yellow hair, interchangeably worn in pigtails or flowing. Rendered in multiple, she appeared as both a flattened figure on a two-dimensional plane and as a ‘fleshed out’ – if insistently unrefined - sculpted form. Four more solo exhibitions, two apiece in London and Cape Town, followed in quick succession.

Steyn's busy exhibition programme over the course of 2015–16 enabled her to refine her tropical psychosurrealist vision, which is dominated by naked bathers, pigtailed adolescents and macabre feminine figures with missing torsos. The sundered or absent torso is an important motif in Steyn’s sculptural work, first introduced in her patinated bronze sculptures from 2014. It references her interest in French dramatist Antonin Artaud’s idea of the ‘body without organs’, a device aimed at unsettling perceptions of the autonomous unity of human subjects.

Here the Vitamin C: Clay and Ceramic in Contemporary Art featured artist tells us why she sees both femininity and the castration complex in this versatile medium, which is simultaneously fragile and incredibly enduring. 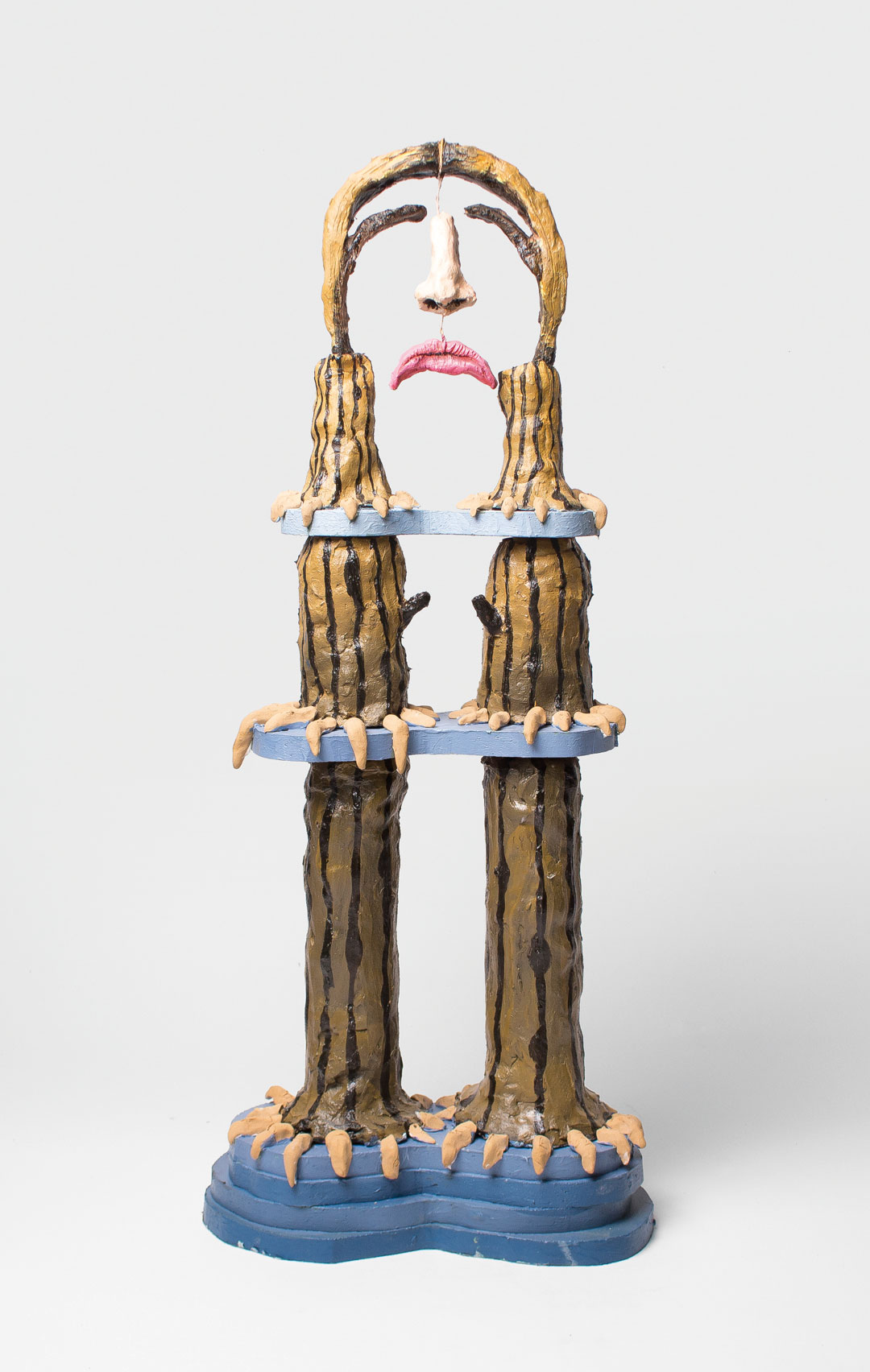 Who are you and what’s your relationship to clay and ceramics? I am Marlene Steyn (with a rolled 'r') a South African artist who started out as a painter. My figures - who I sometimes refer to as my ‘selves’ - keep on slipping off my canvases before they are fully formed; the paint solidifying into clumsy clay bodies without organs.

For me, working clay is a haptic and more immediate approach to thinking about the precarious and ever changing states of subjectivity, which stands in stark contrast to my paintings that are tighter and often take months to complete. I allow the clay to narrate its own form (lessness) as I work with it while it is still very wet, enabling gravity, instability and involuntary marks to distort my initial intentions.

Why do you think there’s an increased interest around clay and ceramics right now? Ceramics is located between the thighs of art and craft. It is loaded with rich histories, and is at home in both decorative and domestic spheres. It is a medium that we associate with historical significant artifacts behind museum glass, as well as with the dinner plates we eat leftovers on.

Ceramics is sometimes regarded as decorative, rather than fine arts. Does the distinction bother or annoy you? I am exceedingly attracted to this, and find that its association to domestic and ornamental objects puts the discourse of femininity on stage – something that I can twist, re-appropriate and unsettle. I also like to play with the shapes and motifs of these well-known objects - like two-handled vases and decorative figurines - to investigate the female subject. I further find ceramics’ association to the domestic useful, as it allows the viewer to have an immediate identification to the object. 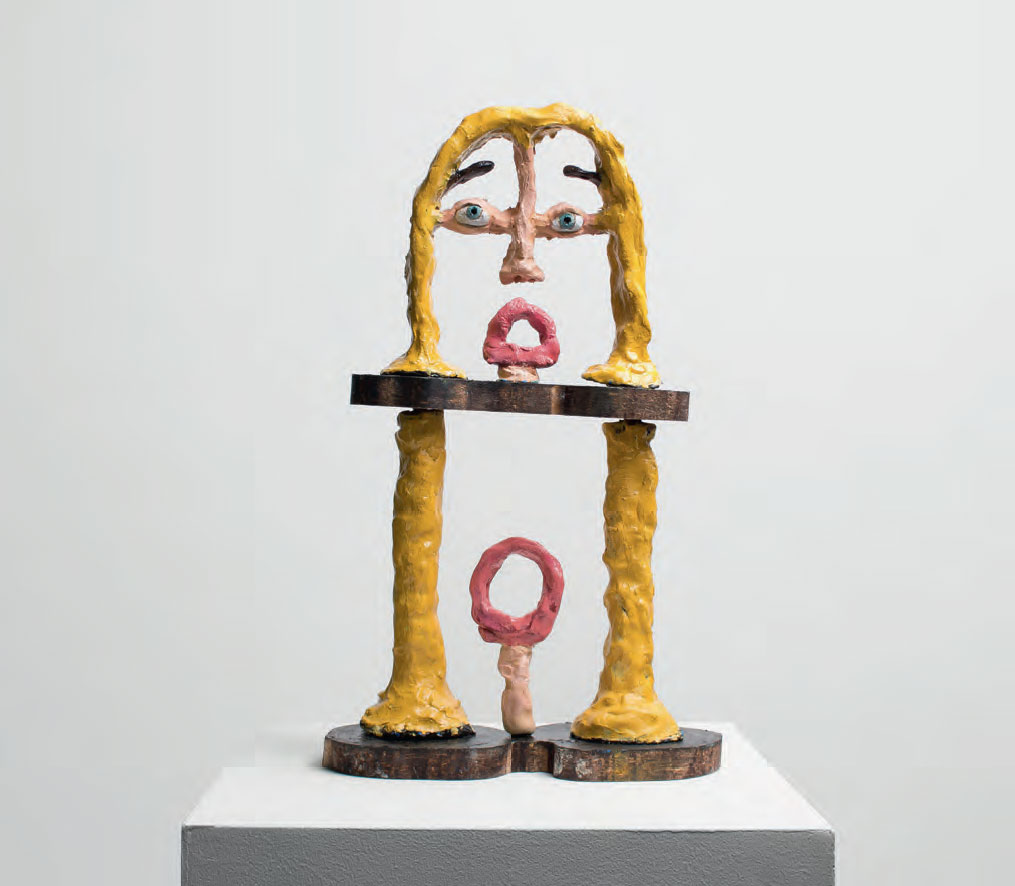 Whose work in this field do you admire? I grew up with my eyes on the colourful and naughty works of the South African ceramicist, Hylton Nel. Recently I have been drooling over the ceramics of Emma Hart and Klara Kristalova. Ruby Neri’s recent show from 2016 Slaves and Humans still lingers with me. She made fleshy, large-scale works of various grotesquely beautiful female figures mimicking vase-shapes.

What are the hardest things for you to get ‘right’ and what are your unique challenges? I’m a self-trained ceramicist and up to now my process has been about trial and error, clay cracks and broken ceramic limbs. I sincerely hope that I don’t master all the techniques and gimmicks, as part of my love for this very unpredictable medium is its refusal to obey my human hands, and its tendency to steer me in an unpredictable direction. I would, however, love to make larger pieces, but first need to learn a little patience.

What part does the vulnerability of the material play in things? It is a big attraction for me, as it contributes to ceramic’s associations with the feminine; but ceramics is not only a fragile medium. A ceramic object goes through many births, first born with water and reborn in fire; it is what remains after people have passed away or cities have been destroyed. When it breaks; it fragments and multiplies. The relationship between ceramics and the fragment, the whole and the broken, opens up a space for me to think about the fragmented nature of subjectivity as well as the castration complex. 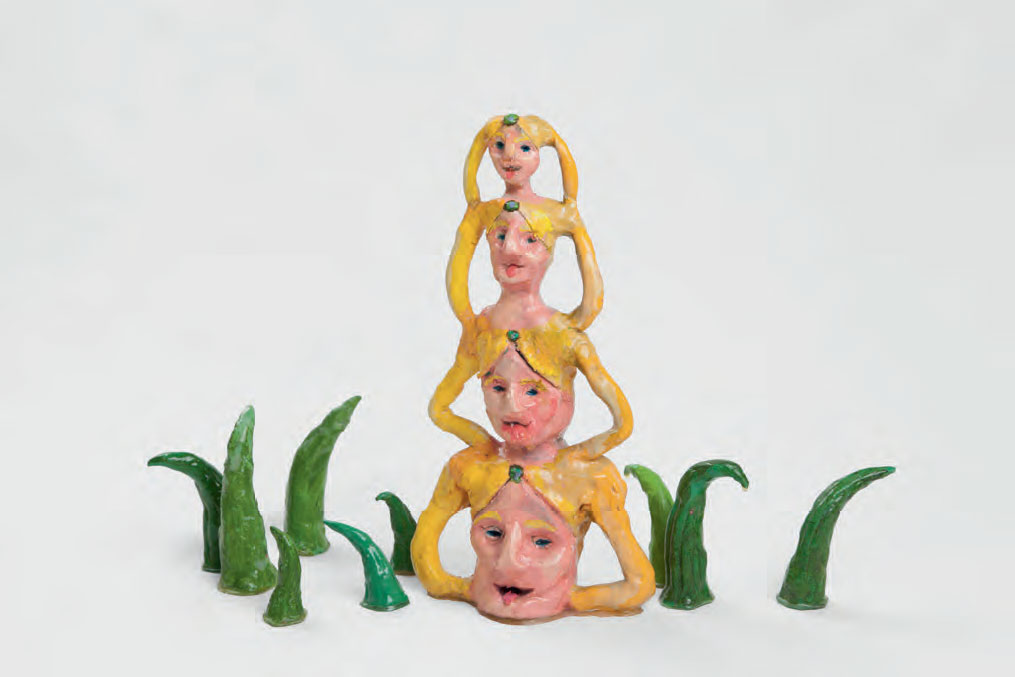 Becoming a braid (All she ever wanted to be) (2013) by Marlene Steyn. Courtesy of the artist and Lychee One Gallery, London

Is how you display a piece an important element of the work itself? Do you ever suggest how something might be displayed? I have only showed my ceramics as part of installations or as extensions of paintings: standing on the floor, floating mid-air, or crouching on a sand castle. My rule is to always avoid the traditional white plinth, as the base on which it stands is an integral part of the piece. But I only have these rules when I control the space; once they get adopted I like the idea of them living on a bookcase or flirting with a pot plant.

What’s next for you, and what’s next for ceramics? (At the time of writing) there is a leggy army of yoga femmes on the horizon that will make their debut in my upcoming solo show at SMAC gallery in Johannesburg, South Africa. They will be stretching, flexing, falling and squatting. For ceramics, continuous rebirths, frequenting the gallery and museum space more and more. 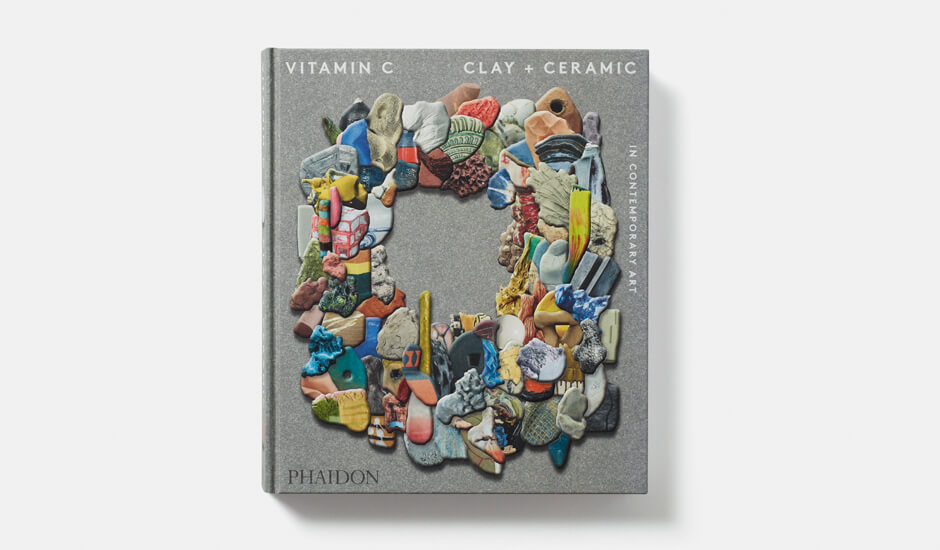 Clay and ceramics have in recent years been elevated from craft to high art material, with the resulting artworks coveted by collectors and exhibited in museums around the world. Vitamin C: Clay and Ceramic in Contemporary Art celebrates the revival of clay as a material for contemporary artists, featuring a wide range of global talent selected by the world's leading curators, critics, and art professionals. Packed with illustrations, it's a vibrant and incredibly timely survey - the first of its kind. Buy Vitamin C here. And if you're quick, you can snap up work by some of the artists in it at Artspace here.