Clay and ceramics put a sheen on this year's Frieze

Once a mere decorative art, clay and ceramics find a place alongside painting and sculpture at this year's fair

You would only have to spend a few minutes among the more prominent booths at Frieze to realise that ceramics and clay artworks, once seen as simple craft, are now regarded by gallerists, fellow artists and collectors, as valid a medium as painting and conventional sculpture. 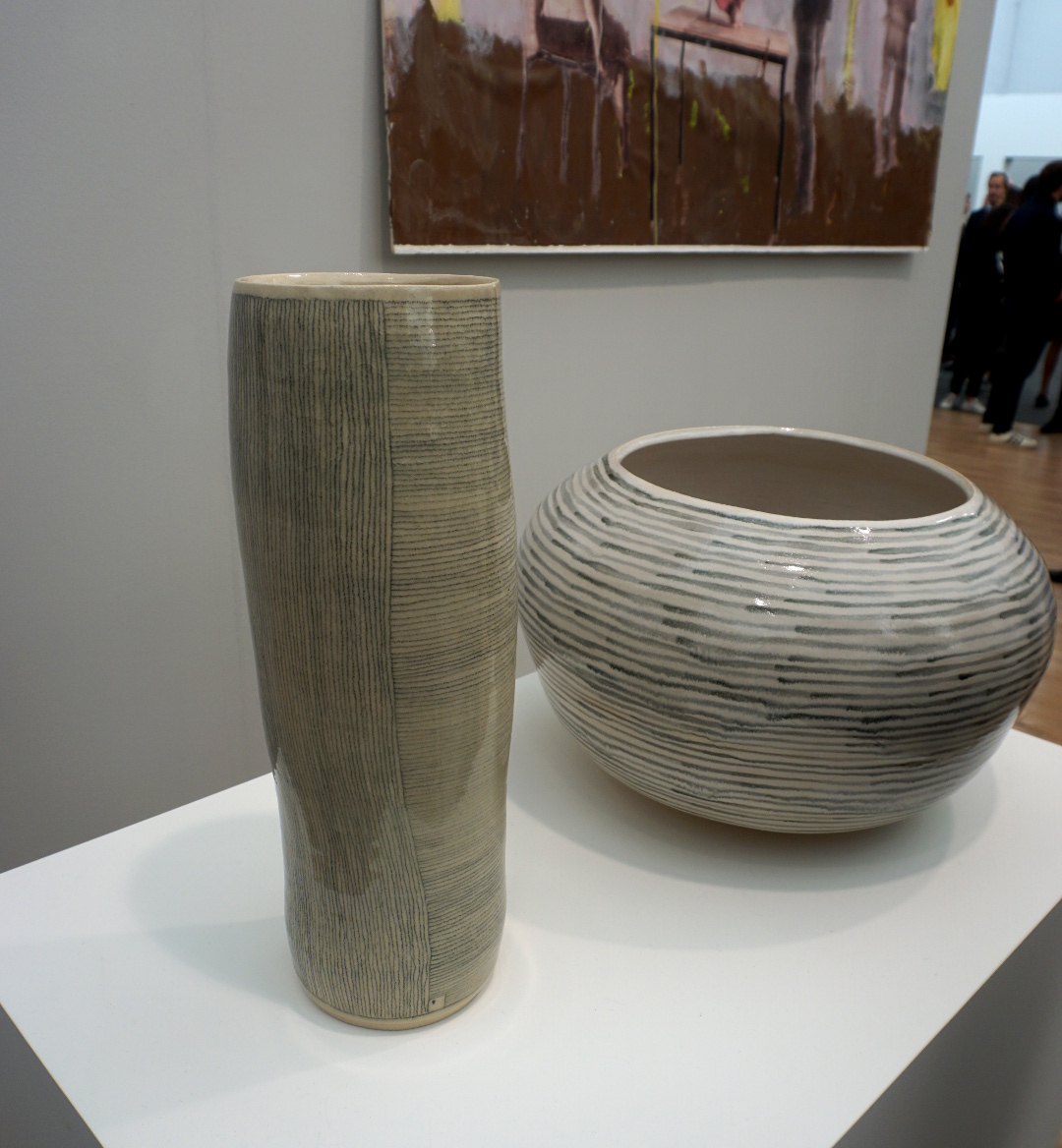 Over on the Gagosian stand, in among the Warhols and Franz West works were two exquisite pots by the Japanese-born, LA-based contemporary artist Shio Kusaka. Regular visitors to the Gagosian's galleries may have wondered why they found these works strangely familiar. That's because Kusaka's pots are often featured in her boyfriend Jonas Wood's paintings, whose work was also on show at the Gagosian booth this year. 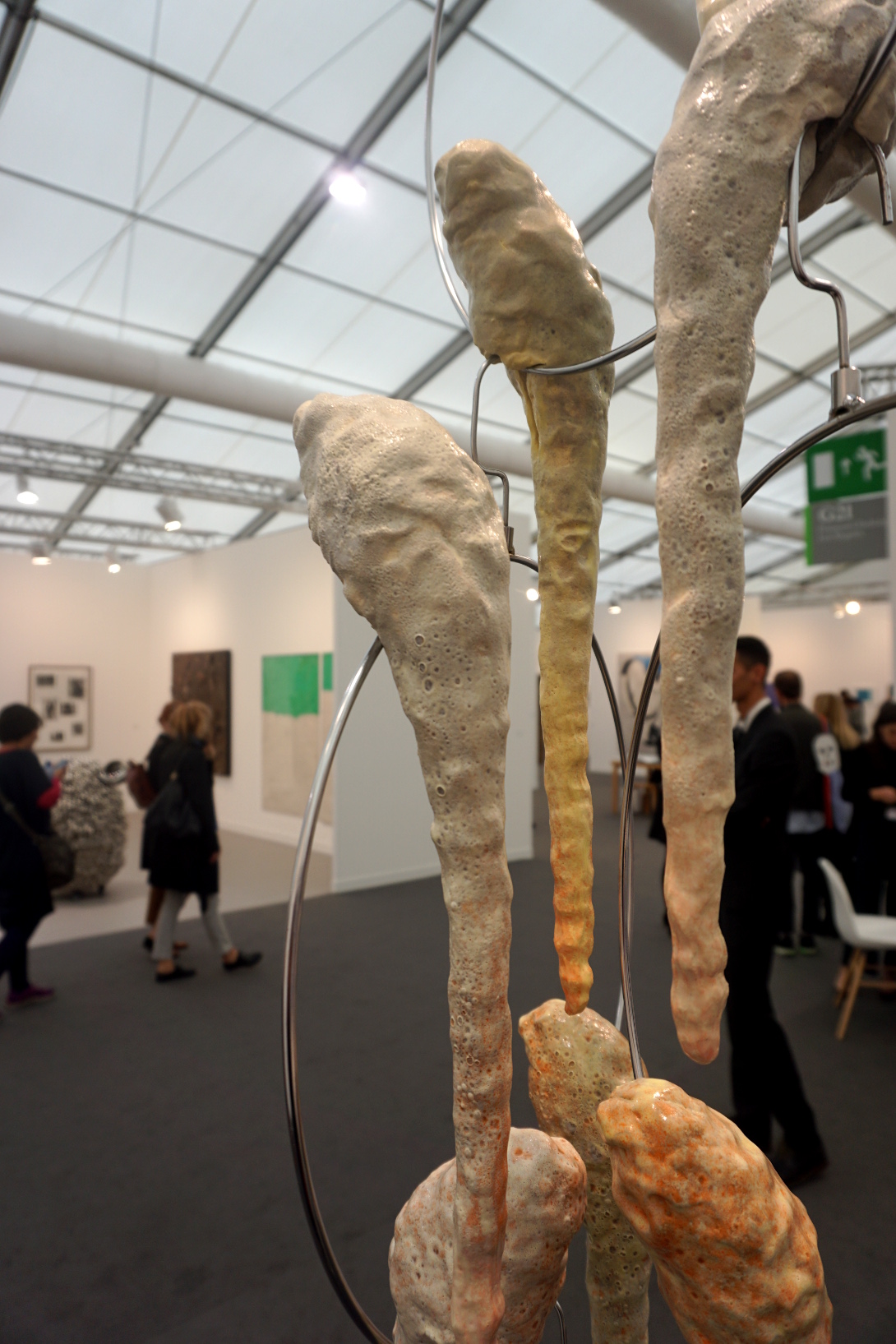 There was further evidence the current vogue for clay in California at the Ghebaly Gallery's booth, where the work of West Coast artist Kathleen Ryan was on display. Ryan creates beautifully scrappy, bird-shaped ceramic pieces, which she 'perches' on a wide array of sculptural devices. 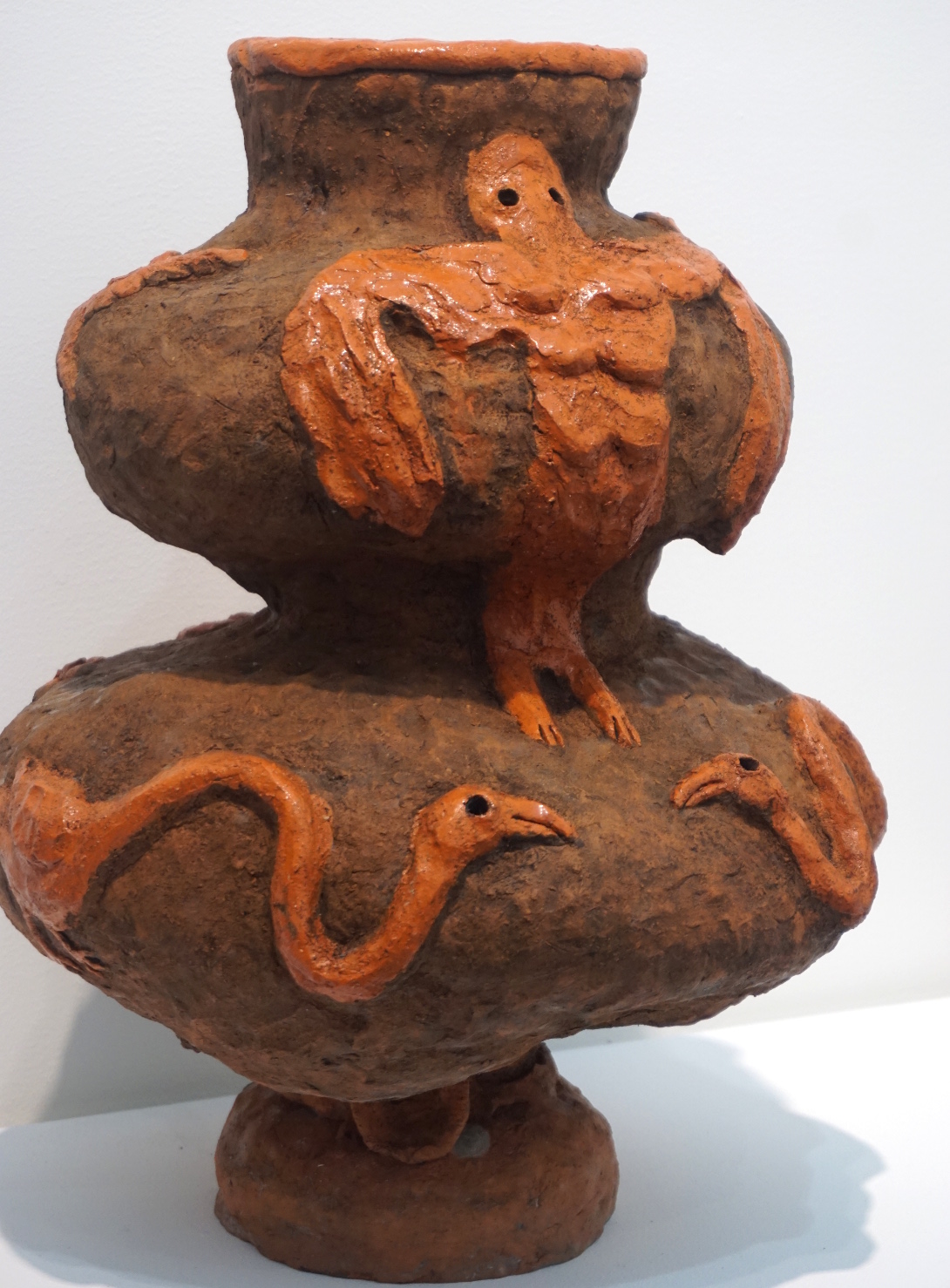 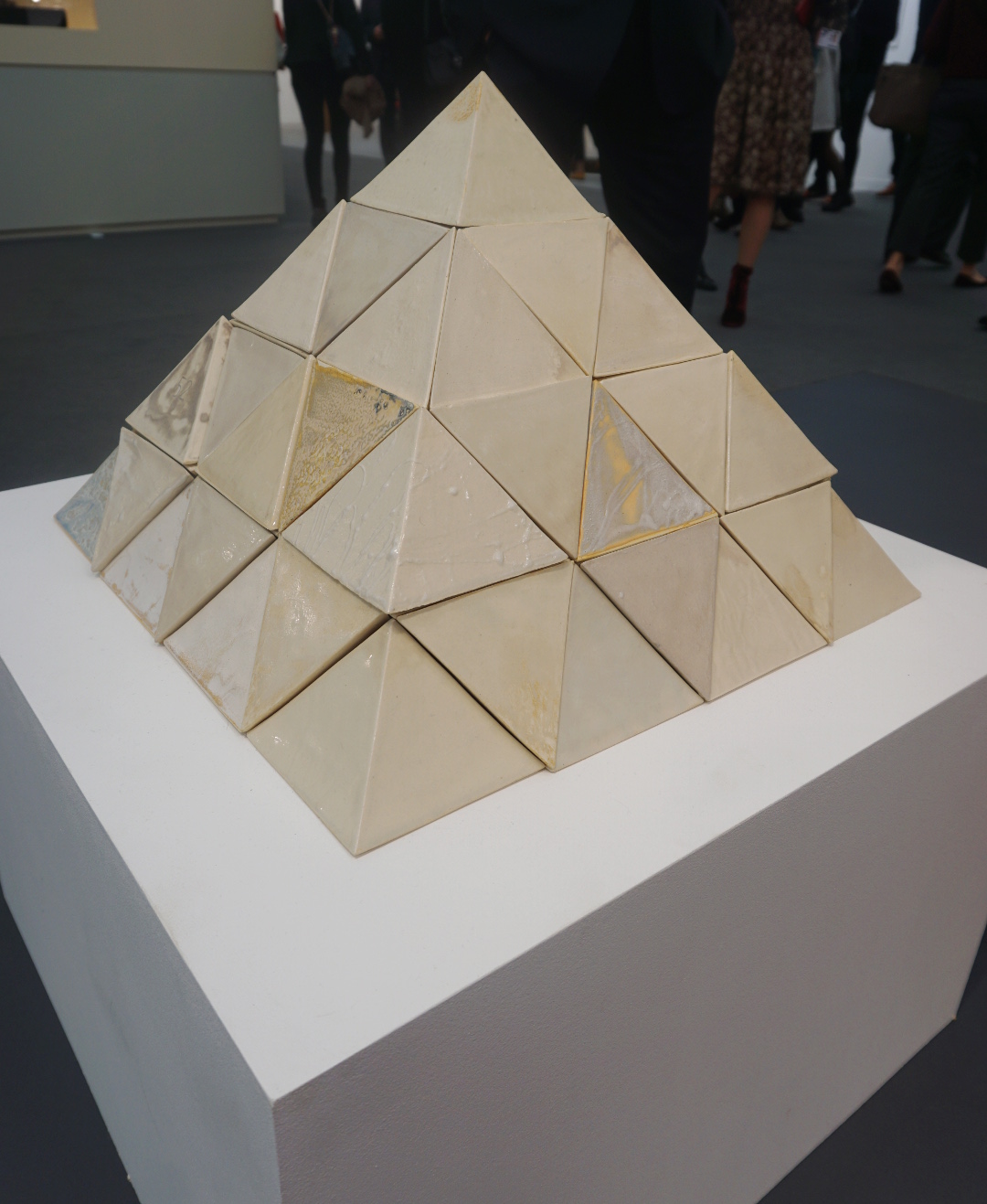 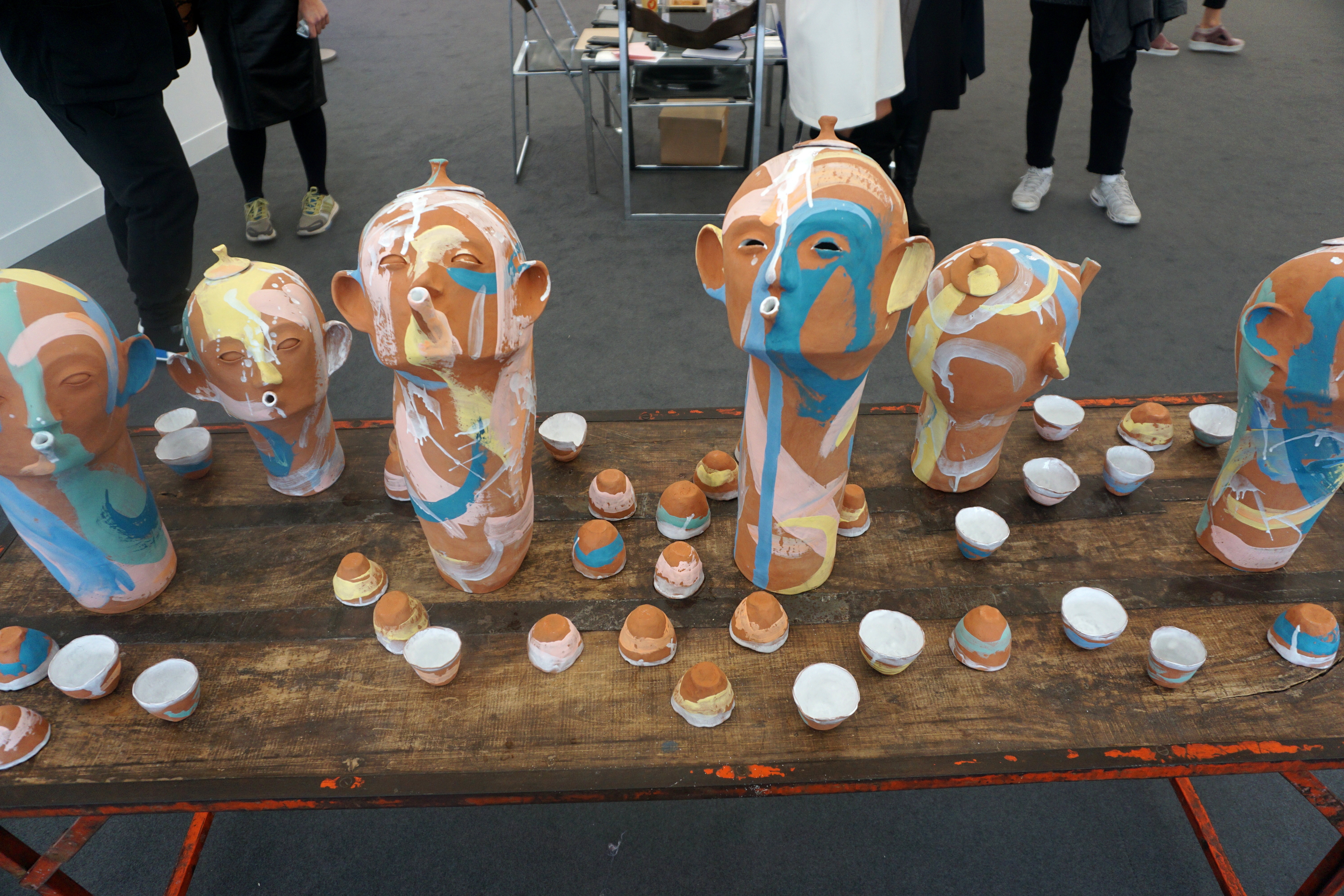 The acclaimed US potter Betty Woodman, mother of the late photographer Francesca Woodman, remained much more contemporary, with a lively show of pots at Salon 94, while both the British artist Zoe Paul and the German artist Judith Hopf, gave their pots a human face. Paul's display at Athens gallery, The Breeder, featured a jolly array of head-shaped earthernware pots, while Hopf's Exhausted Vase – a continuing series - "alluded to the state of exhaustion of our achievement-oriented society" accordin to her Munich gallery, Deborah Schamoni. 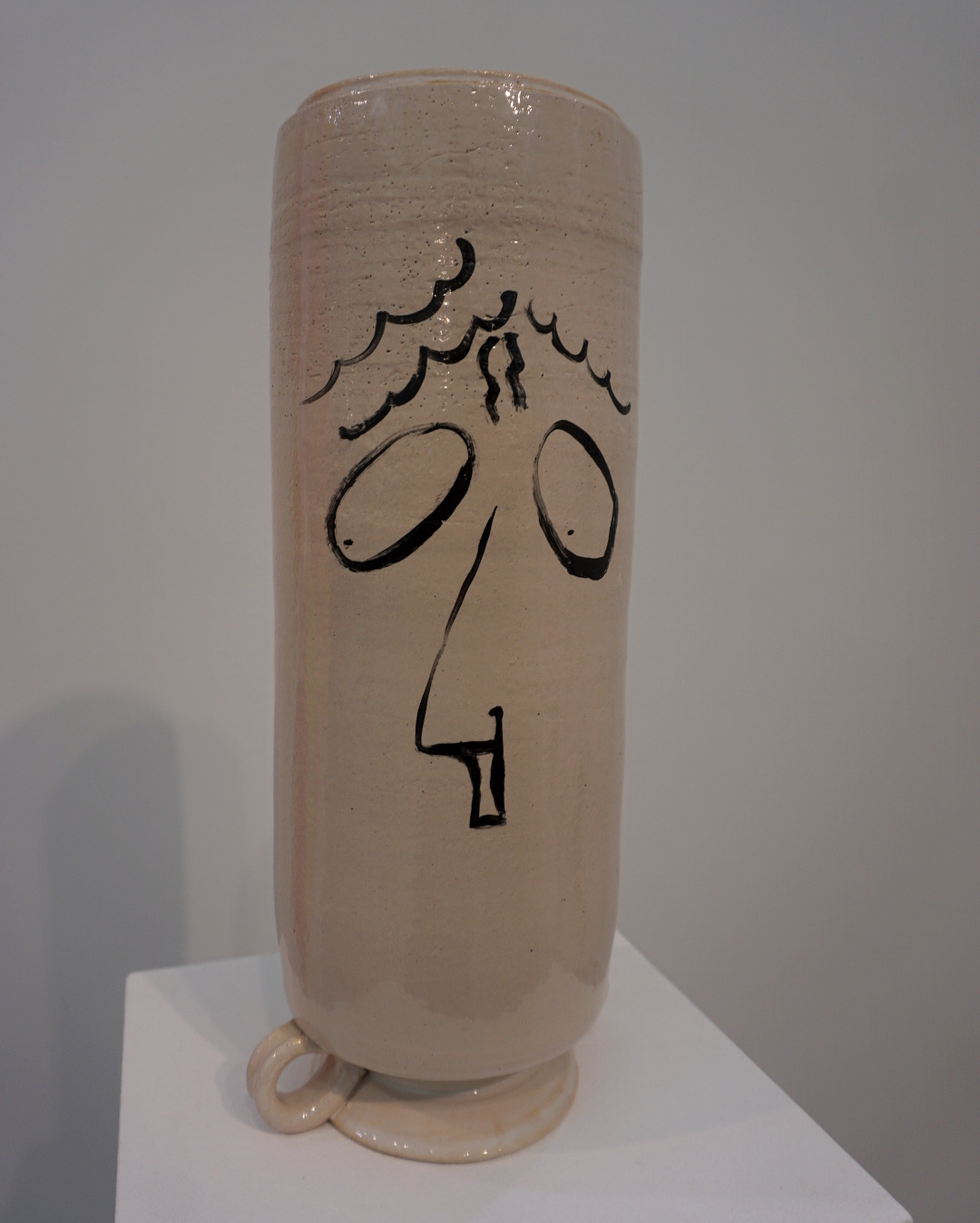 A more laidback view of clay and ceramics was on show at Frieze Masters. This part of the fair – dedicated to works made before 2000 – was also on trend, showing a fine selection of relatively recent work. 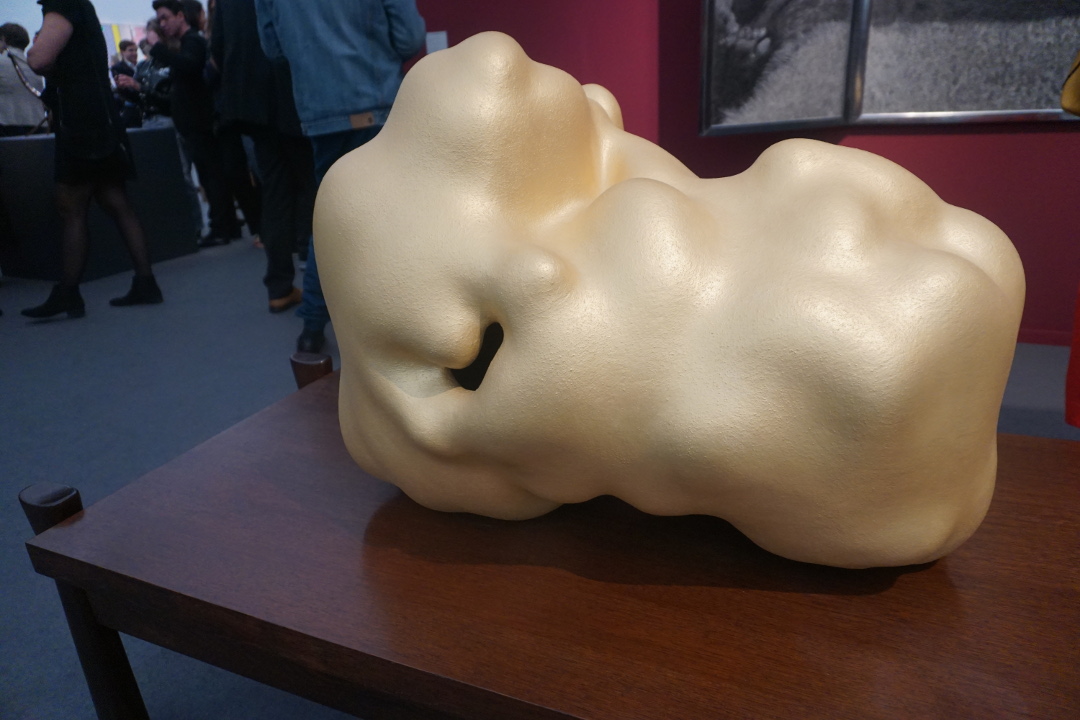 Ken Price's beautiful, ergonomic Bubbles piece from 1995 took pride of place at the Hauser & Wirth booth, while outsider art gallery, the Gallery of Everything teamed up with Norman Rosenthal to put on an incredible display by the late 19th and early 20th century US potter George E Ohr. Sometimes referred to as the Mad Potter of Biloxi, this Mississippi artist created a fantastically wild style of pot making, which remained relatively under-appreciated during his lifetime, though he later found a strong following among 20th century artists such as Andy Warhol, Jasper Johns and Robert Rauschenberg. Proof that, while pottery hasn't always been fashionable, clay and ceramics artists have always found ways to keep this ancient form utterly up-to-date. 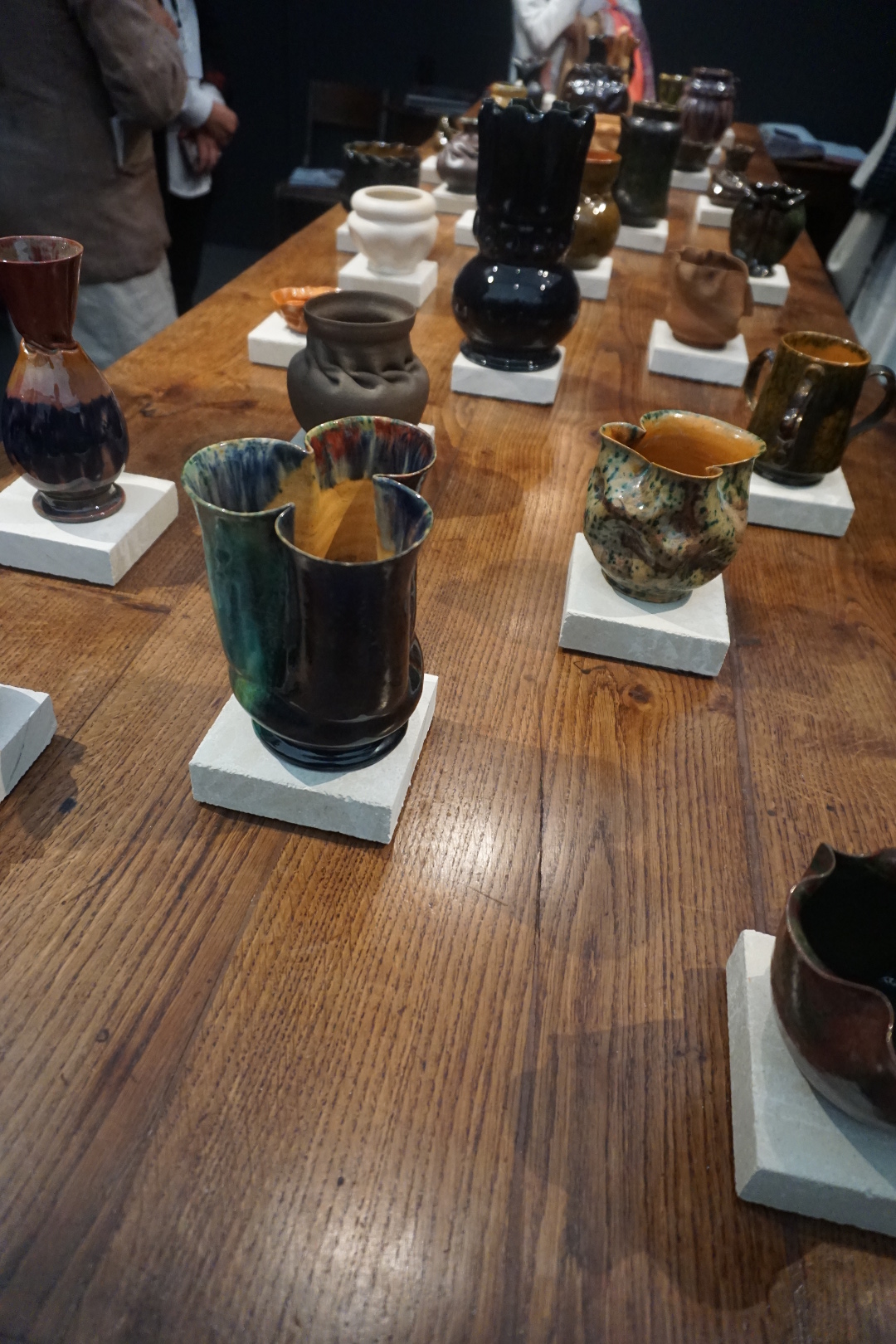 For more on today's most important clay and ceramics works, order a copy of Vitamin C: Clay and Ceramic in Contemporary Art. And for more on pottery through the ages get The Pot Book by Edmund de Waal. 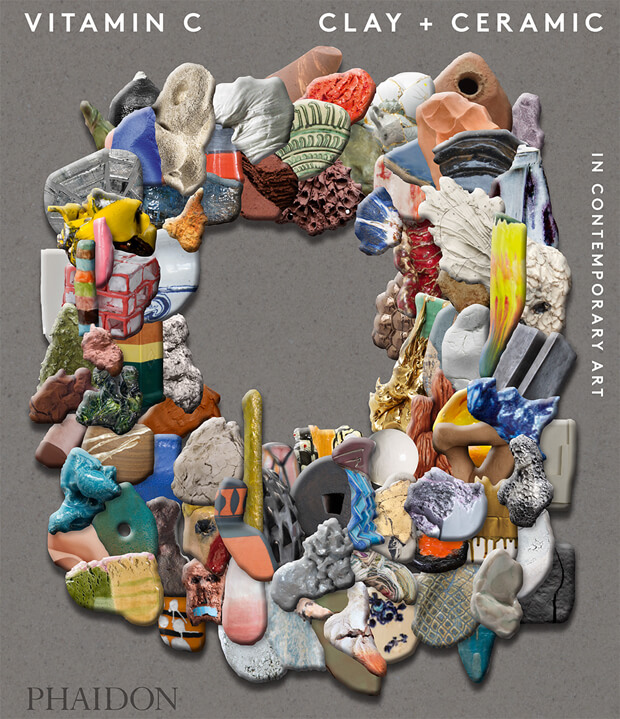