The President came to the Stony Island Arts Bank to help a local politician, and warn against bad election choices

When, in 2015, the US artist Theaster Gates opened the Stony Island Arts Bank inside a derelict 1920s savings and loan building on Chicago's South Side, he envisioned this new cultural centre – replete with such notable resources such as books and periodicals donated by the Johnson Publishing Company, publisher of Ebony and Jet magazine, and the entire record collection of seminal Chicago house DJ Frankie Knuckles – would serve as a creative space for less fortunate members of society. Yet, just over a year since its opening, the bank has, in fact, welcomed the world’s most powerful man. 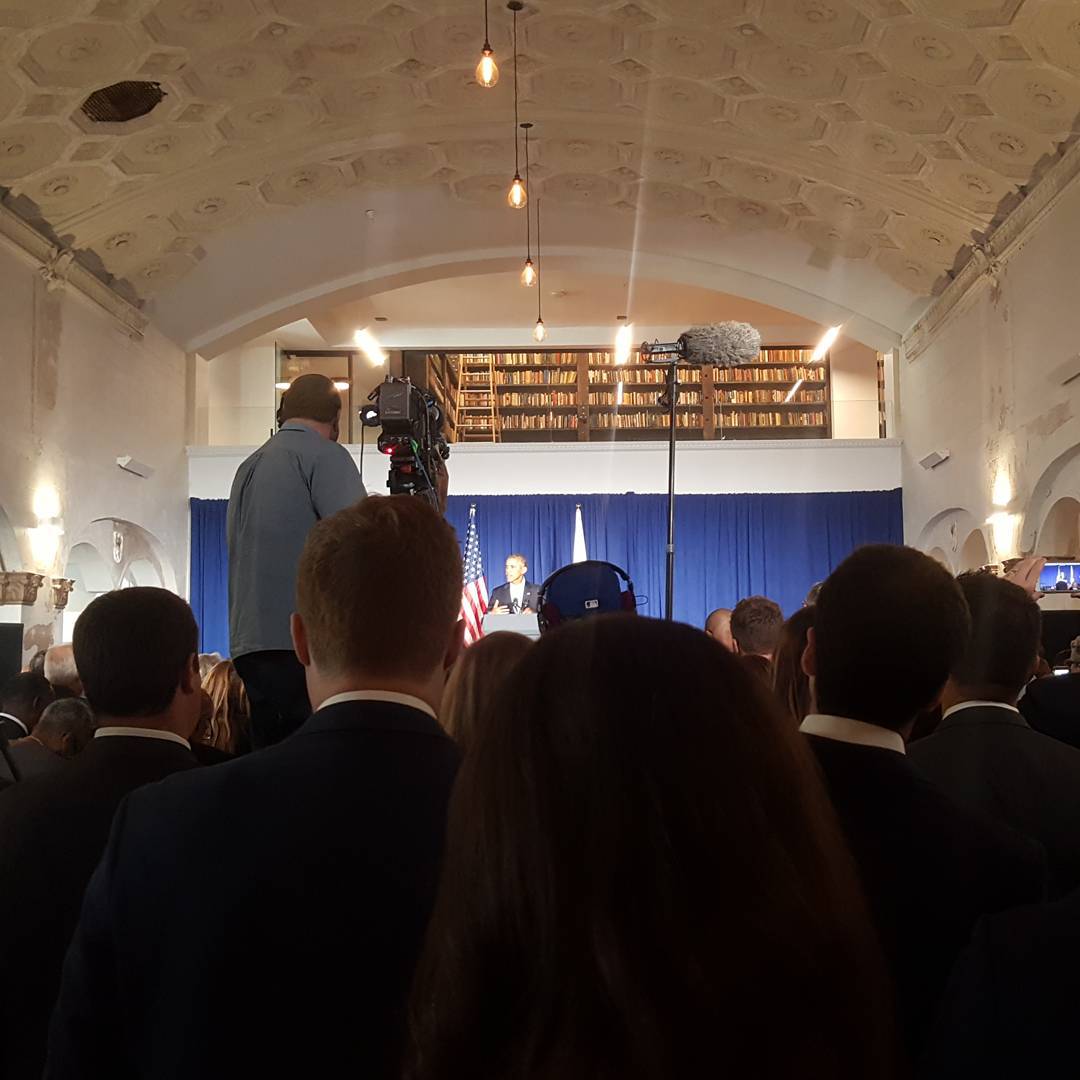 US President Barack Obama visited Gates’ venue at the weekend as part of a fundraiser for the local Senate candidate Tammy Duckworth. Chicago is Obama’s hometown, and Gates is already on good terms with the President. The POTUS’s former chief of staff and current mayor of Chicago, Rahm Emanuel, sold Gates the derelict Stony Island building for just $1, and Gates himself is serving on the committee to help oversee Obama’s presidential library, which the statesman hopes to open in Chicago.

Yet when Obama spoke in the atrium of the building’s library on Sunday, the president’s speech turned not to friends but enemies. Obama told the assembled crowd that Donald Trump’s campaign rhetoric, "tells you he'd be careless with the civility and the respect that a real, vibrant democracy requires." 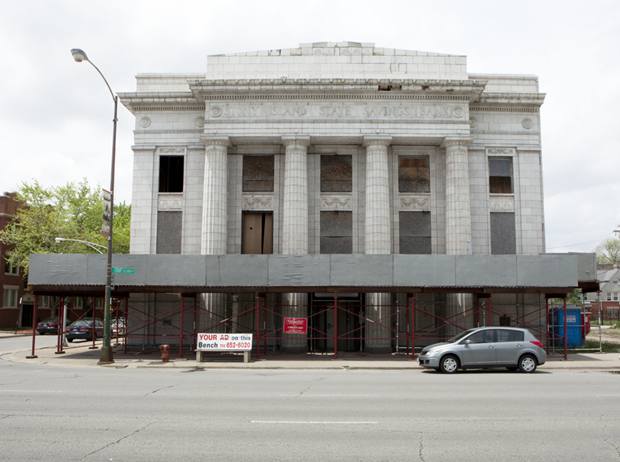 The exterior of the Stony Island Arts Bank, as featured in our Theaster Gates book

No one could say that of Gates, who, thanks in part to his talent, drive, conscience (and no small amount of charm!) has managed to turn Stony Island into a fertile, open-access arts institution, fit for both ordinary Chicagoans - not to mention the leader of the free world.