In November 2014 a Cleveland policeman killed a twelve-year-old black boy who had been brandishing a fake gun in a city park. The child, Tamir Rice, was shot to death inside a public gazebo. Tamir’s killing spurred on the Black Lives Matter activist group, yet, nearly two years on from the boy’s death, both Rice’s family and the local residents would prefer it if this reminder of his death were removed from their neighbourhood.

Now those groups have learned that, not only will the gazebo go, but it could also be powerfully repurposed a couple of hundred miles further west. A few of days ago the Rice family attorney confirmed that the Chicago artist Theaster Gates plans to relocate the gazebo and display it in his city. 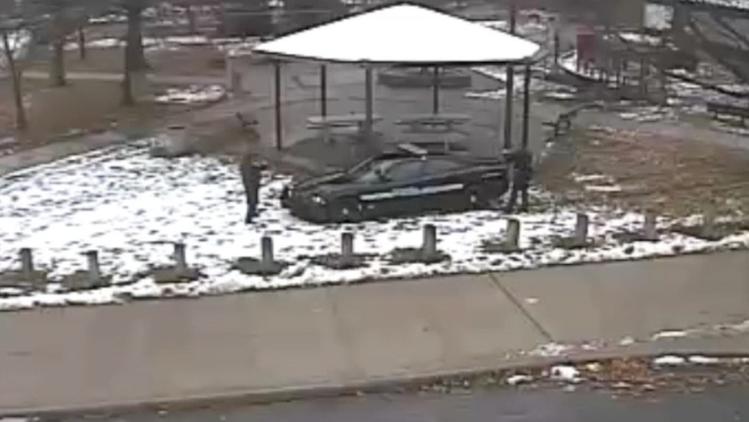 The gazebo, as captured in police footage of Tamir Rice's fatal shooting

Gates, who has a background in both pottery and town planning, has been described as a “real estate artist”, and has presented everything from reclaimed church roofs to the contents of an old hardware store as works of fine art with venerable and complicated social histories. As he says in our monograph “the city is my medium.”

In 2015, Gates’ Rebuild Foundation turned a derelict Chicago bank into a vibrant arts centre, the Stony Island Arts Bank. Now the Rebuild Foundation hopes to bring Tamir Rice’s gazebo to Stony Island, so that, in the words of the boy’s mother, Samaria Rice, it can serve a place for “mediation and reconciliation.”

It is unclear whether the Cleveland gazebo will be temporarily or permanently installed at the Stony Island Arts Bank; nevertheless, in this simple act, Gates may well turn this once moribund piece of architecture into a positive public space.

For more on this important artist, order a copy of our Theaster Gates book here, the title forms part of our Contemporary Artists Series.