Britain is home to some of the world’s most inventive and sought-after architectural practices. Yet many parts of Britain, especially in the south, around London, where rising rents and absentee landlords are a challenge, it's also a place where more and more people are finding the built environment has failed them. These simple, changing constraints are examined in the British Pavilion at this year’s Venice Architectural Biennale, in a show entitled Home Economics.

There are no scale drawings or architectural models in the pavilion. Instead the curators Shumi Bose, Jack Self and Finn Williams, drawing inspiration from 2016 curator Alejandro Aravena’s theme Reporting from the Front Line have overseen the installation of four immersive environments which, they say, “challenge the status quo and propose new models for the home” in Britain today. 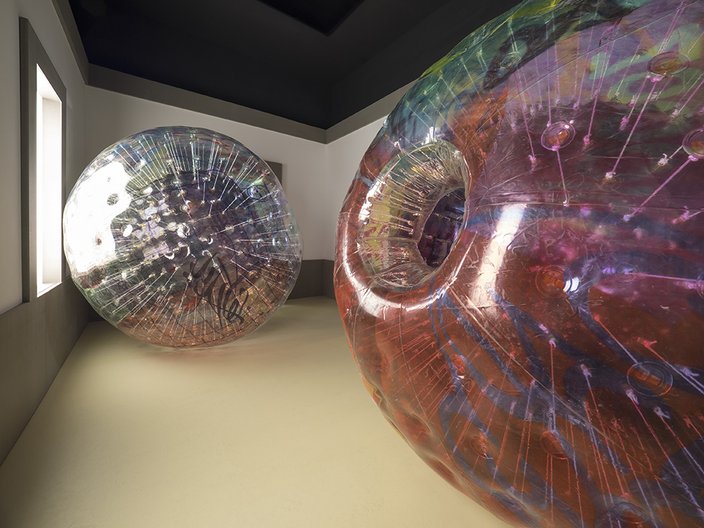 The days space at Home Economics, in the British Pavilion at the Venice Biennale

Each is themed around different periods of time ­ hours, days, months, years and decades and each places a different emphasis on a dysfunctional British domestic environment.

The hours room, fitted out by the curators, re-examines communal dwelling, with a selection of shared clothing, chosen by the designer JW Anderson, and a series of day beds, each of which can be moved about according to the dweller’s needs.

The days room, meanwhile is the work of last year’s Frieze Projects participants, the London art collective, åyr. Reflecting on the kind of portable domestic environment brought about by services such as AirBnB, they have installed two big inflatable zorb spheres, which can be personalised and moved about. Visitors can climb inside and imagine taking their home anywhere in the world. 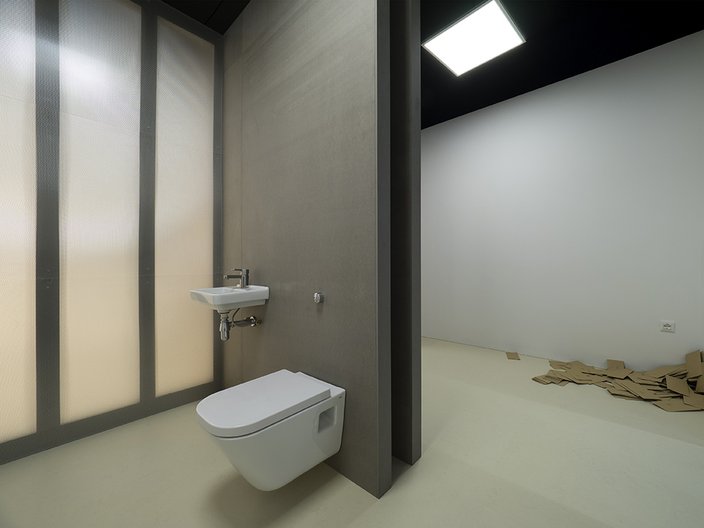 The years space at Home Economics, in the British Pavilion at the Venice Biennale

The European architecture practices Dogma and Black Square have reworked monthly rent models in the months space, imagining a peripatetic housing arrangement where domestic chores are included in the rental agreement, and hived off to a central two-storey ‘totem’, fit for sleeping, washing and cooking, leaving the rest of the floor area for working and socializing.

The British-Venezuelan architect Julia King’s contribution, in the Years space, examines ways in which property speculation could be taken out of the British housing market. You can’t fix up and flip this home. Her environment strips out every cost not required by a mortgage lender, leaving just a roof, running water, electricity, a lavatory and basin. Visitors can even collect a letter explaining the terms of the accompanying new mortgage product. 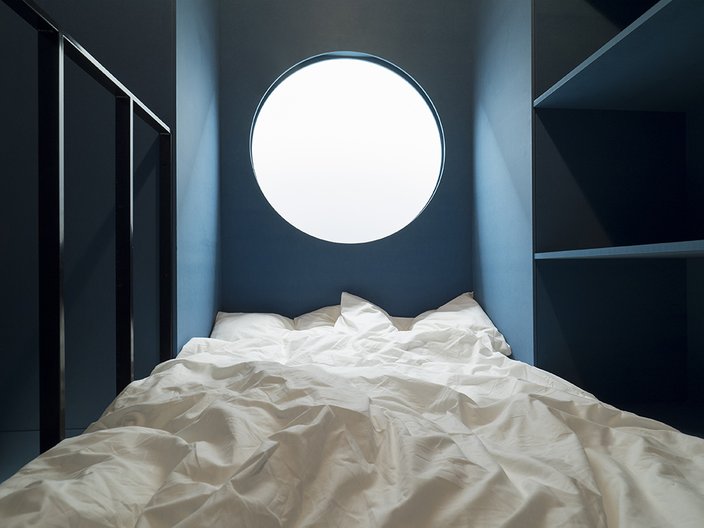 The months space at Home Economics, in the British Pavilion at the Venice Biennale

Finally, the Hesselbrand practice considers long-term occupancy in the decades zone, a flexible, indeterminate domestic space, with different areas emphasising qualities of light, and differing levels of privacy, rather than concretely defined spaces. Recline in the room’s large square bed, and you can “consider the need for adaptable, useful and timeless spaces” say Hesselbrand.

Meanwhile, for more on an early architectural innovation Britain helped spread around the globe, get This Brutal World.

"A wide and celebratory view of Brutalism, redefining and expanding the term 'Brutal' to include buildings usually considered outside the movement... The book demonstrates the international reach of Brutalism... [and] the ongoing influence of the movement today" —Architects Datafile