Most of the best-known Brutalist buildings date from the mid-20th century, when the spirit of modern progress meshed perfectly with the newfound possibilities of reinforced concrete.

However, other brutal beauties are of a more recent vintage. Take this boxy, geometric structure, which graces the cover of our Brutalist book, This Brutal World. It may look as if it belongs to some Soviet satellite state, yet it was actually completed around a decade ago by the same team who have just overseen the Tate Modern extension.

In 2004, the Swiss architects Herzog & de Meuron were asked by the Chinese artist Ai Weiwei to contribute a work to the Jinhua Architecture Park, in Jinhua, Eastern China.

The artist and the architecture practice had worked successfully together before, most notably on their winning 2003 bid for the ‘birds’ nest’ National Stadium in Beijing. 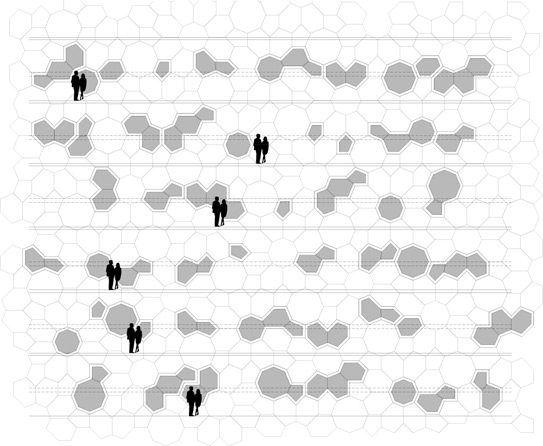 Indeed, Ai also asked the Swiss architect to advise on a selection of other young practitioners he was considering for the park. The plan was to create, as Herzog & de Meuron recall on their website, “a gathering of follies such as has never been realised anywhere in the world before.”

The park was dedicated to the memory of Ai’s father, the poet Ai Qing, who was born in Jinhua, and quite a few of the seventeen buildings in the park drew on literary themes.

Herzog & de Meuron developed their contribution from a masterplan they had been working on for the Jindong District of Jinhua. That neighbourhood development was based on a series of geometric shapes, which the architects turned into three-dimensional forms. 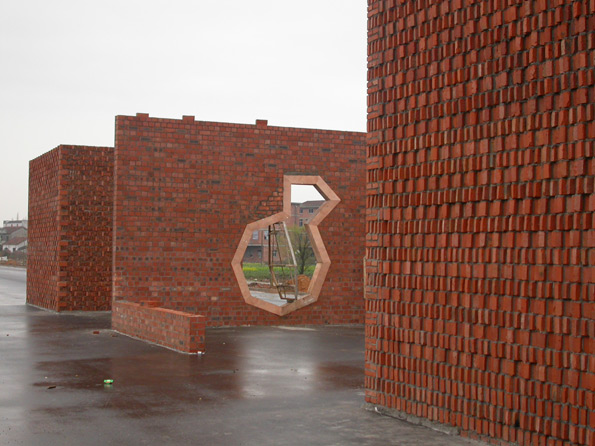 “We began to amplify the spatial and topographic features we discovered and found interesting, while suppressing other forms that struck us as silly and useless,” explain the architects. “In the process, the inherent anthropometric qualities of the pattern suddenly emerged as essential premises that were favourable to the development of useful, usable places.”

Look at this crazy cube of interlocking shapes and, the architects say, you can spot the beginnings of “a bench, a platform, a cave, an overhanging roof, or a treehouse. It is possible not only to recognize all of these topographic features but to actually use them as such. Yet at the same time, they are always somehow invisible and indeterminate, rather than being conventionally figurative or functional." 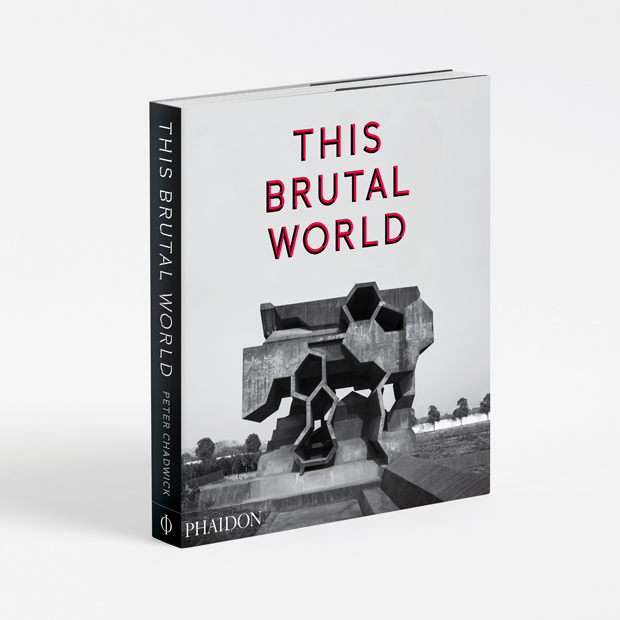 The structure, created in 2006 from dyed concrete, was described by the architects as “a kind of virtual library,” though it is more commonly referred to as a Reading Space, and it is easy to see how one might curl up in some angular nook with an appropriate book; in fact, a copy of This Brutal World wouldn’t go amiss. Happy reading.

For greater insight into this folly and many other concrete marvels order a copy of the book here.

More on The story behind this Brutalist beauty