In his book, The Seventh Dog, Lyon describes the moment he met Lewis, and how Lyon subsequently ended up in jail

The US photographer and activist Danny Lyon remembers the moment he first encountered one of America’s most important political figures. “In the summer of 1962 I hitchhiked to Cairo, Illinois, where I met John Lewis, then a SNCC [Student Non-Violent Coordinating Committee, was a civil-rights group] field secretary, and saw and photographed my first demonstrations,” Lyon recalls in his book The Seventh Dog.

“Within days I reached Albany, Georgia, where I met the SNCC Executive Director, James Forman. When Forman understood that I had come from Chicago to photograph the Movement, he sent me into the courthouse to photograph the segregated drinking fountains. SNCC workers also arranged to get arrested on my behalf. Within days I was in jail.”

That spell behind bars was more than worth it. Congressman Lewis, who died on Friday at the age of 80, became Lyon’s friend, encouraging the photographer to continue documenting the civil-rights movement.

In 2016, over half a century later, Lewis took the opportunity to discuss Lyon’s work in front of audience at the Whitney Museum of American Art in New York.

The event formed part of Lyon’s retrospective at the Whitney in New York Danny Lyon: Message to the Future, and Lewis certainly expressed his feelings about the message in Lyon’s work.

“You made a major contribution the civil-rights movement,” Lewis told Lyon. “You made it plain, you made it real. These photographs have been shared with people all around the world, and they’ve been moved and inspired to do something.” 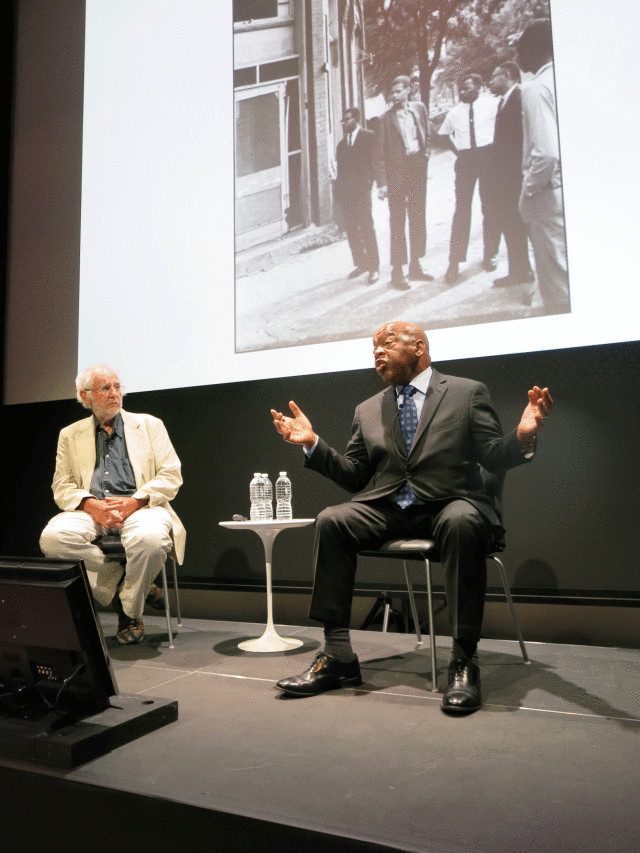 Danny Lyon and John Lewis at the Whitney in 2016. Image courtesy of the Whitney

That’s quite a compliment from the man who, as one of the Big Six, helped organise the 1963 March on Washington. Lewis and Lyon shared their memories of Muhammad Ali, their thoughts on Bernie Sanders, and their feelings following the death of fellow civil-rights activist Julian Bond.

Yet Lewis was not without criticism. Recalling the time when the politician and the photographer roomed together, Lewis remembered how Lyon had turned their bathroom into a darkroom to develop his film and pictures. “I was so afraid that one night I would go into brush my teeth and I would pick up the wrong fluid,” said Congressman Lewis. 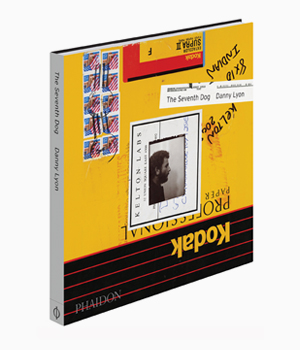 You can watch the full talk below and for greater insight into Lyons’ varied and important body of work order his book The Seventh Dog here.