In the 1960s Danny Lyon moved to a cattle ranch in Texas. Nearby was the Texas Department of Corrections, a prison complex whose past inmates had included Leadbelly - these are some of the photos he took there

Danny Lyon is famous for developing a photographic style which became known as  “the new journalism”. Active from 1962 onwards, he deplored the neutral, non-opinionated aspect of photography - and so, he made sure that collections of his work were accompanied with texts, so that the viewer was left in no doubt as to his radical, idealistic intentions. The Seventh Dog, covering five decades of his work, is superb, an autobiography told backwards in words and images that include photographs, envelopes and similar, vital souvenir scraps that show the extent to which he interacted with his subjects, won their trust. 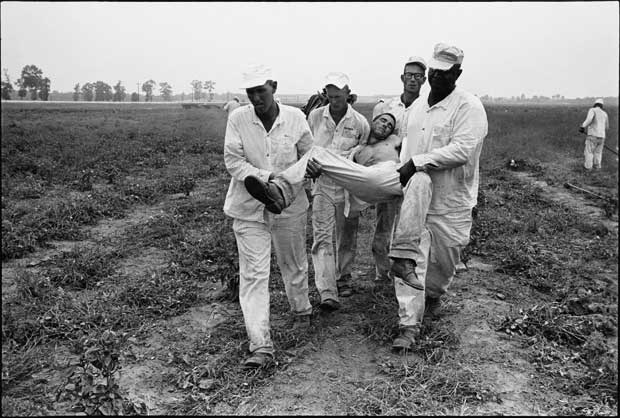 In the late 1960s, Lyon moved to a cattle ranch in Texas. Just 13 miles away was the Texas Department of Corrections, a prison complex consisting of twelve units whose past inmates had included blues singer Leadbelly and Bonnie and Clyde, who had escaped from death row at the Ellis Unit. The chapter dedicated to Lyon’s work there doesn’t just feature shots of some of the inmates, luckless human beings enduring their lot with defiant stoicism. He tells stories about them. There’s Billy George McCune, for example, an angular, unassuming looking man who was sentenced to death for rape but having severed his penis and presented it to a guard on death row, won a last minute reprieve. Examples of the artwork McCune produced in his isolation cell aren’t just striking in their use of colour but also colour in a sense of an impassioned, struggling soul once dismissed as a “retarded” child. 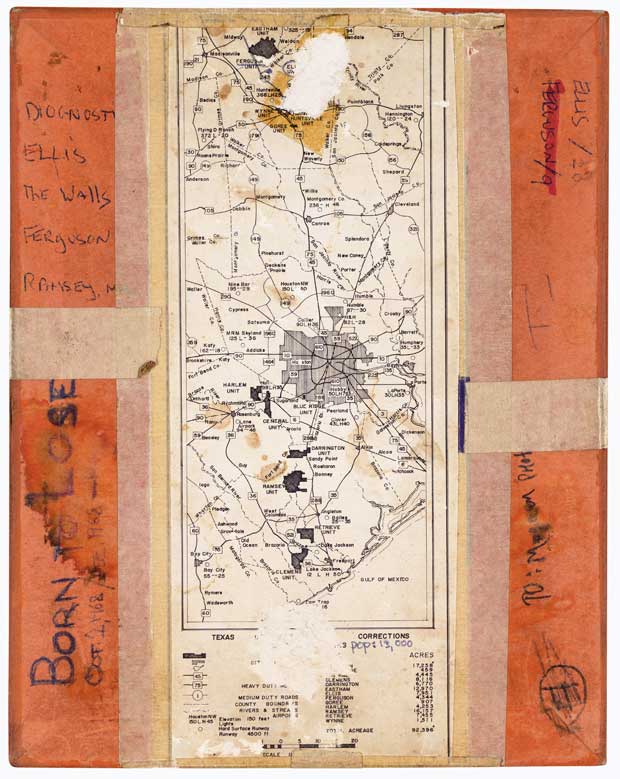 Some of those he encountered went on to lead successful lives on release; others less so, such as Smiley Renton, who helped him with the lithography in his portfolio for the prison photography collection, who went on to rob two banks and kill between two and five people. You can find many more fascinating stories and breathtaking photographs in the The Seventh Dog which takes the form of an original artist’s photobook featuring Lyon’s own writings, collages, letters, documents and colour and black-and-white-photographs – many published for the first time. 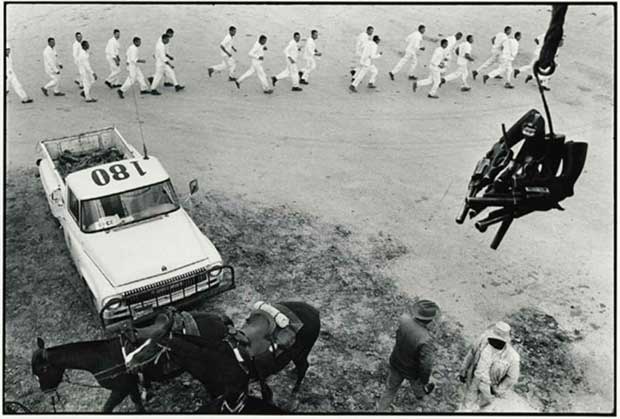 This is Lyon’s personal story of his photographic journey; starting in the present day and moving back in time, it features recent work such as Occupy (2011) and Indian Nations (2002), as well as classic series from the 60s and 70s, such as Bikeriders and the aforementioned Texas Prisons. It also includes a new essay by Elisabeth Sussman, a Curator at the Whitney Museum of American Art. Take a look at, and learn more about, The Seventh Dog in the online store.

More on Inside the Texas Department of Corrections 1968