When his photographer buddy joined a motorcycle gang the infamous writer implored him to "Get the hell out!"

Since 1962 Danny Lyon has chronicled an alternative America of civil rights campaigners, Occupy protestors, the imprisoned, or simply those who live on the periphery of modern society. The Seventh Dog is his wonderful memoir, a story told in reverse order using text, old letters, collages and snapshots as well as examples of the best work of a self-taught man who has always pursued his own, highly adventurous path.

Lyon’s first book was The Bikeriders, published in 1968, a study of outlaw bikers in the mid-West. As was his wont, he didn’t merely snap them from a safe distance and neutral perspective; he went so far as to join the Chicago Outlaws. As we see from a letter Lyon reprints on a particularly arresting two page spread in the book, “gonzo” journalist Hunter S. Thompson, no shrinking violet himself, was nervous for Lyon when he learned he’d joined a bike gang, following his own experience with the Hells Angels. “I think you should get the hell out of that club unless it’s absolutely necessary for photo action,” Thompson writes. “I’ve seen the Angels work and they scare the hell out of me.” 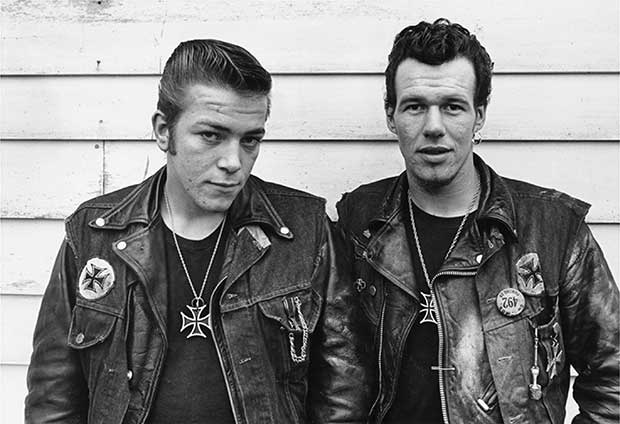 Later in the letter Thompson writes: "I definitely think you should try and make it out here for some Angel photo stuff. They had a big party the other night that would have drivn you off your nut. I took my wife and a friend, who came close to getting stomped. Also stocked up on LSD; the Angels sell just about anything you want and a lot of things you don't."

On the opposite page is a supreme example of Lyon’s “photo action” - a solitary biker crossing the Ohio river, helmet-less, the wind in his lank hair. Lyon had said his photos were intended to “glorify” the life of the American bike rider but there’s a touch of doubt and loneliness about this image, with the biker looking back over his shoulder, either in search of company or maybe even looking out for distant, pursuing cop cars. 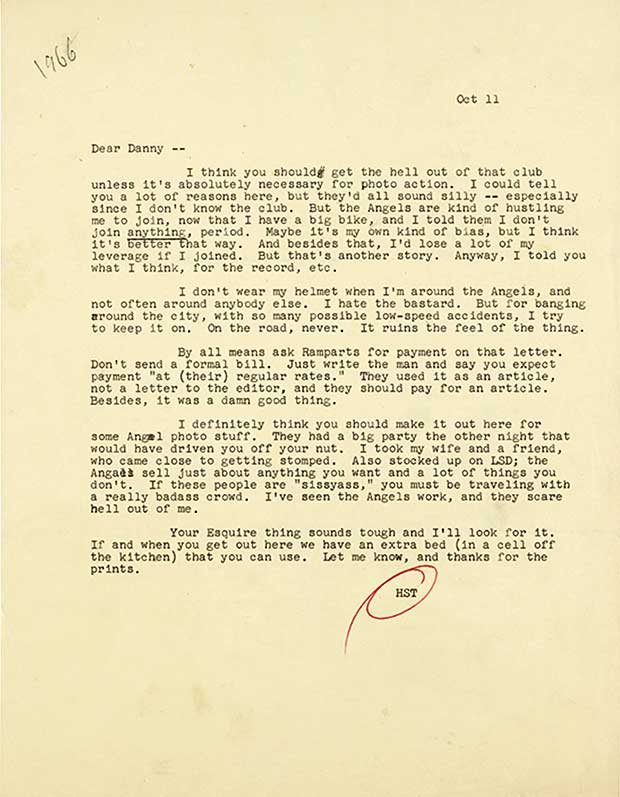 You can find many more fascinating stories - and of course, many more breathtaking photographs - in The Seventh Dog which takes the form of an original artist’s photobook featuring Lyon’s own writings, collages, letters, documents and colour and black-and-white-photographs – many published for the first time. 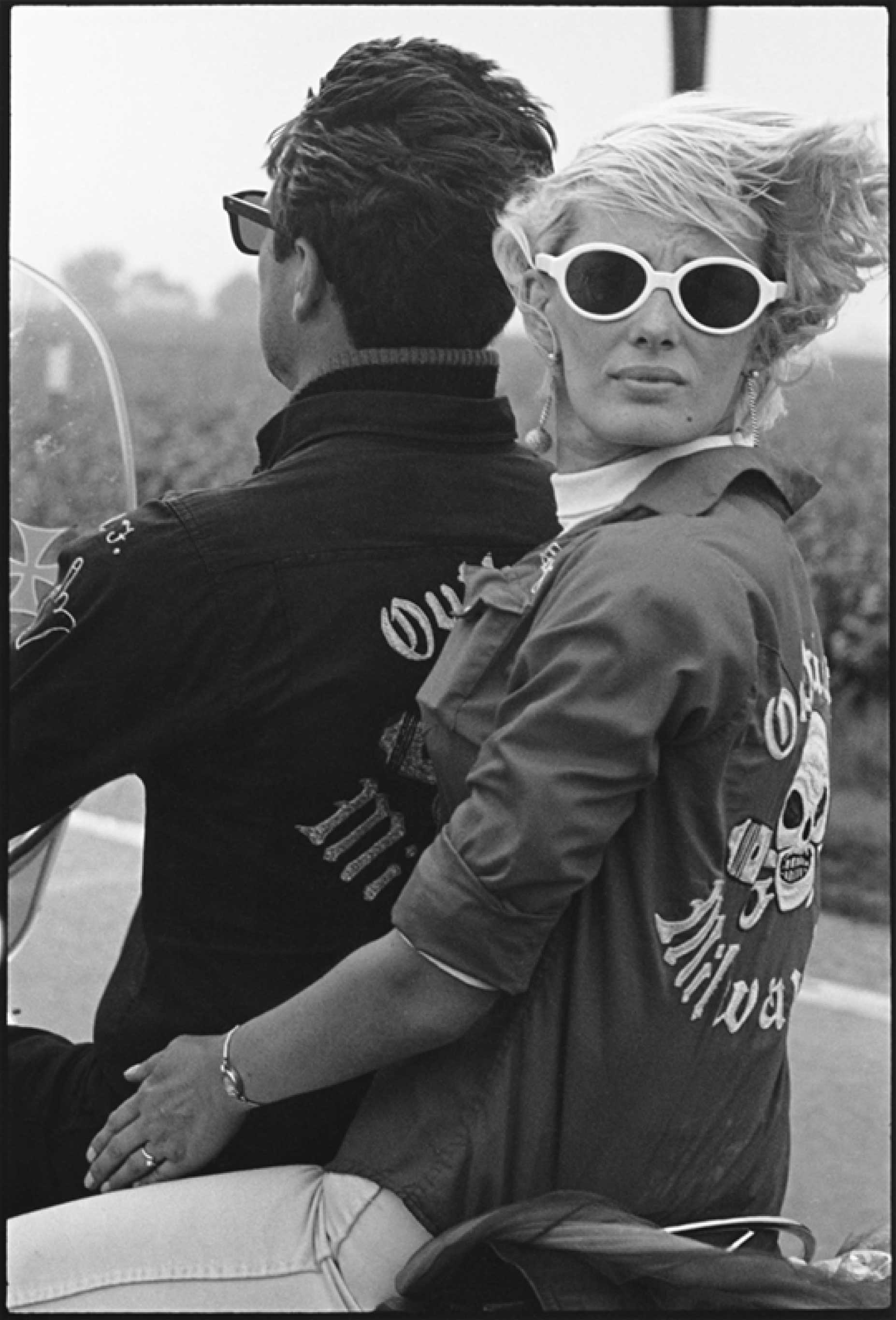 This is Lyon’s personal story of his photographic journey; starting in the present day and moving back in time, it features recent work such as Occupy (2011) and Indian Nations (2002), as well as classic series from the 60s and 70s, such as the aforementioned Bikeriders and the Texas Prisons. It also includes a new essay by Elisabeth Sussman, a Curator at the Whitney Museum of American Art. Take a look at, and learn more about, The Seventh Dog in the online store.