National Geographic is not an overtly political magazine. While it publishes plenty of photojournalism, its primary focus (clue in the name) has always been natural sciences and world culture. So, perhaps we shouldn't be too surprised if its coverage of, say, Iraq, dwells more on antiquities than oil reserves.

The campaigning US photojournalist Danny Lyon is far more interested in politics. Having begun photographing the Civil Rights movement during the 1960s, he went on to document the inequities of the prison system, the outlaw status of US motorcyclists, the Occupy protests, and the way rapid industrialization is changing lives in rural China. 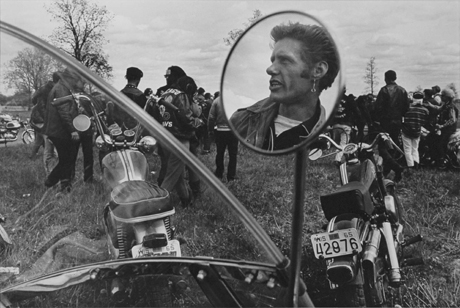 From The Bikeriders (1967) by Danny Lyon

Earlier this month Lyon set out some of the differences between his work and that favored by the magazine at a talk hosted by the National Geographic Museum, Washington DC.
Lyon described his address as focusing on how he would edit National Geographic Magazine, yet his criticisms aren't so much an assault the editorial slant of the magazine, as a more wide-ranging critique of how the questing spirit of 20th century photojournalism has dissipated. 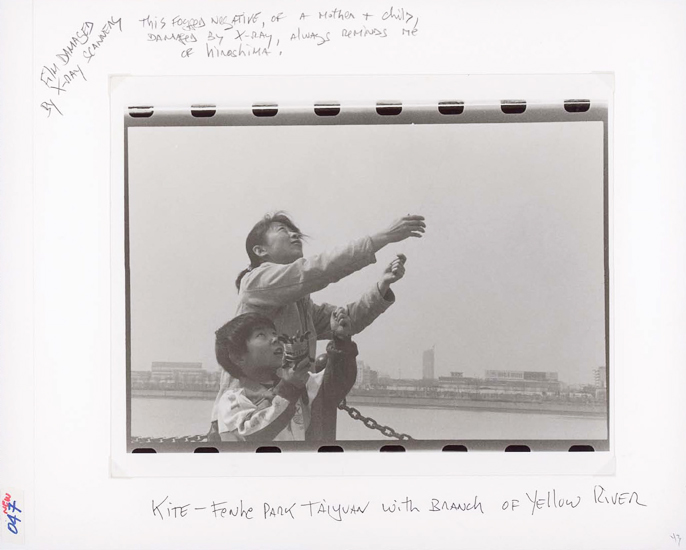 He begins by recounting his experiences in Washington some 52 years earlier, when he and Norman Mailer, alongside hundreds of other anti-war protestors, were arrested outside the Pentagon. Looking back at those years, he says "I'm the generation that had to crawl under my little wooden desk at school to protect myself from the blast of hydrogen bombs. I'm the generation that had to wear a dog tag, so my incinerated body could be recognized.  I never took my life for granted. What I did take for granted was that someone wanted to destroy me, and not only me. They wanted to control what I thought and how I lived. My mission was to defy them."

"I am also a deep romantic," he goes on. "The works I do are works of dreams and vision, and in that sense the only reality they actually listen to is the reality inside my head."

Unsurprisingly, Danny's way of working didn't always suit the US press. Describing the frustrations he experienced when working with magazines, he says, "If I was going to work so hard, to risk my life, to devote my waking consciousness and time to a single object, making pictures, how could I turn them over to some else to select, to crop, to arrange, and worse to place words with pictures that were not mine?" 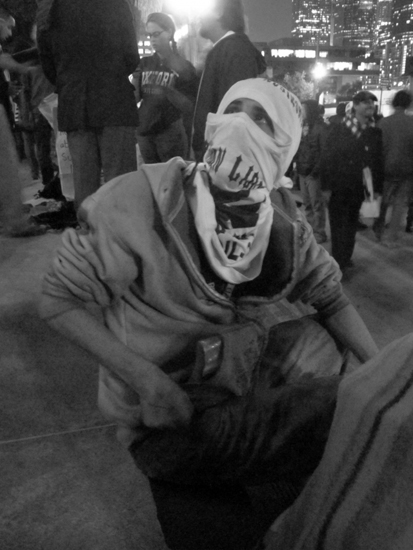 So what would editor-in-chief Lyon bring to a 2014 National Geographic? A marijuana-themed edition. Lyon would devote a fifth of this issue to "interviews with the destroyed lives of young people in jail for selling weed, something considered a public service by my generation [and] Perhaps another 20% on the tens of millions of successful Americans like myself who spent at least a third of their lives as Pot Heads." He also suggested mounting a joint on the magazine's cover.

Lyon would also edit an issue to the Mexican-American border, saying that "the present militarization of the South West including Albuquerque where I live, where the police have shot and killed 20 people recently, is a truly life-threatening place to encounter a cop. You know the problem of police is not that you might get shot. The problem is fear. If you are afraid you do what you are told. The Southwest is being occupied by the police, 'a quasi military force', all in the name of stopping Mexicans from coming here to clean the house and plant the garden."

We don't expect to see these issues on sale anytime soon, though it's great to know that Danny's journalistic spirits remain undiminished. Read all of Danny's address here, and if you would like to see what sort of books Danny makes when he has complete control, browse through our Lyon titles, including his latest, The Seventh Dog, here.