On the anniversary of MLK’s death, here's how shared jail time turned a student into a campaigning photographer

“Now that I approach my dotage there are two things I like to impress young people with,” writes the US photographer Danny Lyon, in his retrospective, The Seventh Dog. One is the time Lyon spent in 1970 photographing Muhammad Ali; the other earlier, more formative experience, occurred in 1962, when Lyon was jailed alongside Dr Martin Luther King.

How did he, a 20-year-old, white photographer, end up in prison alongside the civil-rights activist? Lyon likes, in part, to blame his beloved motorcycle.

Back in the early 1960s, Lyon, an avid biker, was enrolled as a student at the University of Chicago. Just prior to the summer break of 1962, his Triumph TR6 motorbike broke down.

“Using a wrench to put a spark plug into the head, I tightened it too much,” he explains in the Seventh Dog. “You are supposed to finger-tighten the plugs, and I had stripped the soft aluminium head.” 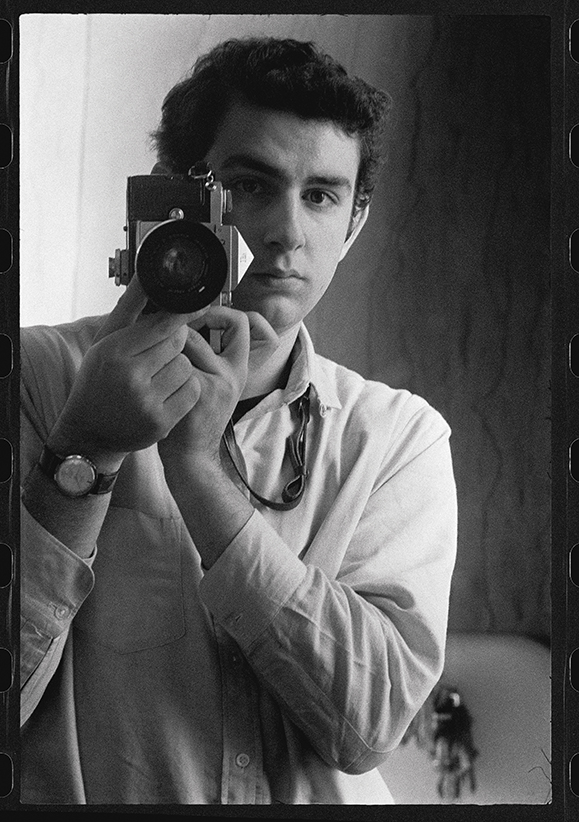 Self-portrait with my Nikon F Reflex / University of Chicago, 1960

With his Triumph out of action, he took a tip from a fellow student, who had been arrested at civil-rights demonstrations in Cairo, Illinois, and hitchhiked the 370 miles south, to photograph the disturbances. There he met the future congressman and field secretary of the Student Non-Violent Coordinating Committee, John Lewis.

“In Cairo, Lewis told me to keep going south, to Atlanta, where the SNCC office was,” Lyon recalls. “He also gave me the names of movement people in Nashville who would put me up. In Atlanta, the office was near empty: everyone was in Albany, in jail. A bus took me there, where I arrived at night, finally crossing over to the black side of town in the safety of daylight. It was a weekend and, with many people already in jail, no demonstrations were planned.

“Two people, a white student from the north and Eddie Brown, a local gang leader, proposed they go to the drug store and sit in, where they would be arrested on my behalf. Soon I too was thrown into jail, where through the bars from my cell in the white section I could watch Dr Martin Luther King in a cell about sixty feet away in the black part of the jail.

“I managed to survive for a week, after which, while walking downtown, I was surrounded by police who wanted to know “Who are you?” and “What are you doing?” I was particularly impressed with the line, “You’re shaking now boy; you’re going to be shaking a lot more when we are done with you.” I took the next bus north.”

Yet that wasn’t the end of Lyon’s involvement with Dr King and the Civil Rights movement; he went on to photograph the clergyman during the 1963 Birmingham campaign, and prior to a court hearing in Montgomery, Alabama, in 1965, and serve as SNCC’s official photographer. Indeed, his torrid time in Georgia only strengthened his resolve.

“By the time I returned to Chicago and my studies,” he recalls, “I was a dedicated SNCCer who had lost interest in everything but working for the Movement.”

For more on Danny’s career, including his seminal motorcycle, civil rights and prison photo stories, order a copy of The Seventh Dog here.