He focused his lens on Syrian refugee camps, the plight of domestic servants and the lives of coffee growers

“I don’t sit down in the last week of the year and ask myself, ‘what did I do right’ and ‘what did I do wrong’, says Steve McCurry on the line from New York. “For me it’s a daily exercise, not a once a year thing. It’s an ongoing appraisal! I know when I’ve done something I’m proud of - things that have meaning, make life worth living and make a contribution to the world that we live in.”

This year, like most for Steve, he had plenty to be proud of. Not least a powerful series of photographs he made documenting the suffering of women from Indonesia, Nepal and the Philippines who endure shocking abuse while working as servants for families in Asia and the Middle East.

Although the women came from from far and wide, they shared the same dream, that of  leaving behind the poverty of their beginning for a new life. But instead of working as domestic help, they found themselves in a virtual prison, employed by people who treated them with appalling cruelty. One was stabbed, another doused in boiling water, another raped.

McCurry’s photographs of these poor women highlight, once again, his ability to get into a situation and bring back an image that will haunt you, make you change the way you think about things, want to get involved and do something about it – change your world.

“That’s the hope,” he says,” “to communicate with your work. What I want to do is tell stories that hopefully will inform people, and to bring about some sort of change for the better. I think that’s the point. I think that ’s the role of journalism to inform people about the world they live in, their community their country - the world.” 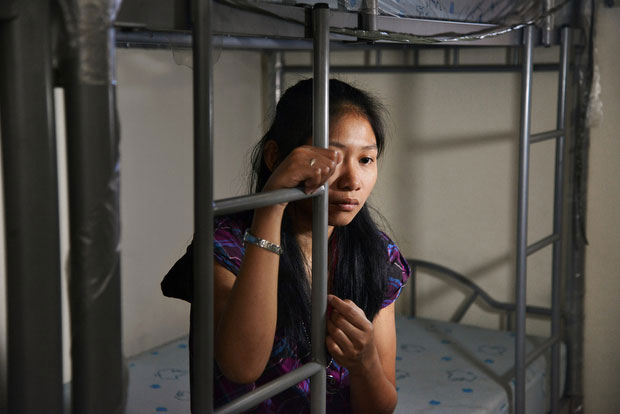 Beth was sold to a couple in Manila when she was 10. The woman beat her with a broomstick. She escaped after seven years locked in the house - Steve McCurry

"I was photographing displaced Syrian families in a refugee camp in Jordan. The resilience of these people there under the most adverse conditions - their perseverance and fortitude in the face of unimaginable horror and difficulty - was a remarkable thing to witness. Refugee camps are filled with people who have become caught between the many warring factions. These are people like you and me but suddenly their lives have been turned upside down and they have to flee for their survival. Nobody knows how long this war will go on for so they're living in a state of limbo almost like a prison sentence. People ask me if I get used to being in such situations but I can't imagine any person becoming complacent about that. Human suffering is always a terrible thing to witness - any kind of suffering for that matter." 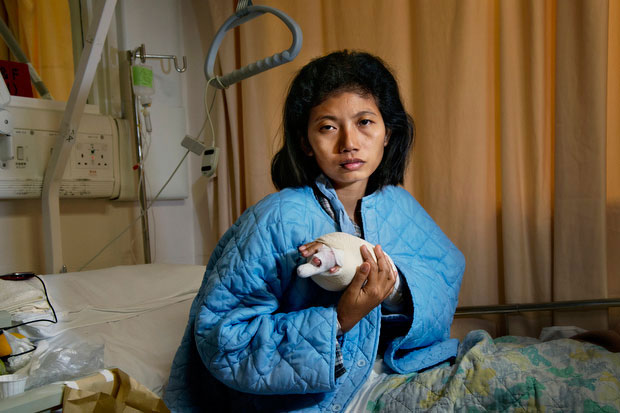 "The most significant and important work I did this year was on violence against domestic workers in Nepal, Indonesia, the Philippines and Hong Kong, published in the New York Times. I have been aware of this story for a long time so I decided, along with the writer, to get that story out and to bring some awareness to the situation. The women involved in this particular situation are often naive and not very well educated, through no fault of their own. They’re innocent and they go into a proposed job with a hope and a dream for themselves and their families. However, they’re often met with cruelty and what turns out to be a truly terrible situation. In many cases their passports are taken away making it impossible for them to go home, notify the police or go to the embassy." 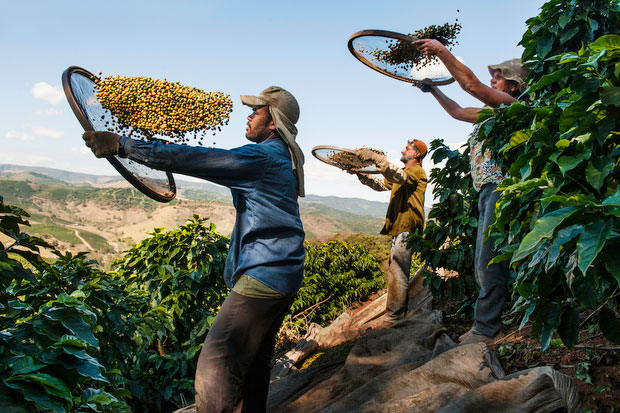 Brazil - from the forthcoming book Coffee From These Hands: A Journey Along the Coffee Trail - Steve McCurry

"I’m working on two books with Phaidon. One is a collection of many previously unpublished photographs from my extensive travels in India which I’m sure your readers will hear more about late next year. The other, Coffee From These Hands: A Journey Along the Coffee Trail, will be published by Phaidon in the Spring. I’ve worked in these countries for more than 30 years so it was an interesting way to pull this body of work together and take a look at the various cultures, countries and regions that produce coffee, which of course, for many of us is a large part of our daily lives.”

Check out Steve's books in the store.