It took a while but the MAD food symposium headed up by René Redzepi could well address the notion of the celebrity chef with this year's gathering which takes place on August 24 and 25 in Copenhagen.

Curated by Alex Atala - who last year surprised guests by killing a live chicken on stage during his address to the audience - this year's theme is "What is cooking?" and according to the brief will interrogate "the fundamental techniques and responsibilities of the profession" of cooking.

"The past decade has given rise to a great many things that we know cooking is not. Our goal for MAD4 is to remind ourselves what cooking is," the organisers say.

"In many ways, this is an incredible time to be a cook. The public has taken an interest in our traditionally blue-collar trade, opening doors previous generations could never have imagined. But the more attention our industry receives from television, film, newspapers, magazines, and the internet, the less clear it becomes what it means to cook. A path to celebrity, a means of attaining fortune – the past decade has given rise to a great many things that we know cooking is not. Our goal for MAD4 is to remind ourselves what cooking is. Let’s re-evaluate the fundamental techniques and responsibilities of the profession. 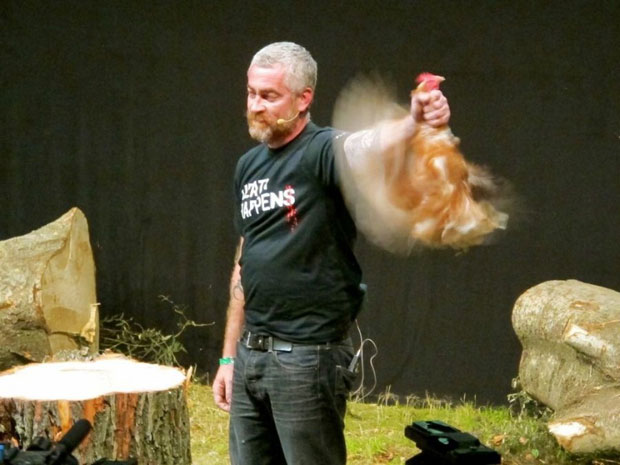 "What are the legacies that we should uphold and what should we strive to change? And what’s cooking in the pan, on the grill, in the oven? Where does the food we cook come from and what’s in it? What will it become in the next century and how do we ensure that it changes for the better? How will cooking — and cooks — adapt and evolve?"

You can read more about this year's event on MAD's site. Tickets will go on sale in the spring. No other speakers are confirmed yet but watch this space. To get you in the mood why not read an interview with the editor of Alex's book DOM: Rediscovering Brazilian Ingredients here, another with the editor of René Redzepi's new book A Work in Progress here and learn more about the Cook it Raw movement and book here.