Alex Atala's D.O.M. - Discovering Brazilian Ingredients is more than a cookbook. It is, as Alain Ducasse puts it in his foreword, a "manifesto for food that is local, healthy, fair and seasonal, and which respects ingredients, sustainability and the environment."

As worthy as this is, Atala's recipes are devilishly mouth-watering - he was taught to cook while in Europe, where he worked with some of the finest chefs in Belgium, France and Italy, and learned all about preparing and arranging meals fit for the select and adventurous clientele who dine at D.O.M, the restaurant he set up in São Paolo in 1999.

One of the local ingredients that he champions is the river fish of the Amazon. Freshwater fish are often looked upon disdainfully by gastronomes, but the Amazon is an exceptional source and produces some exceptional species. Take tambaqui, for example. This giant fish is not suitable for commercial farming - it needs to be fished on a sustainable basis. Atala describes the flavour of its meat as "earthy", if it develops in lakes, while in its natural habitat, the rivers, it allows for a cut similar to a fish carré, or series of ribs. 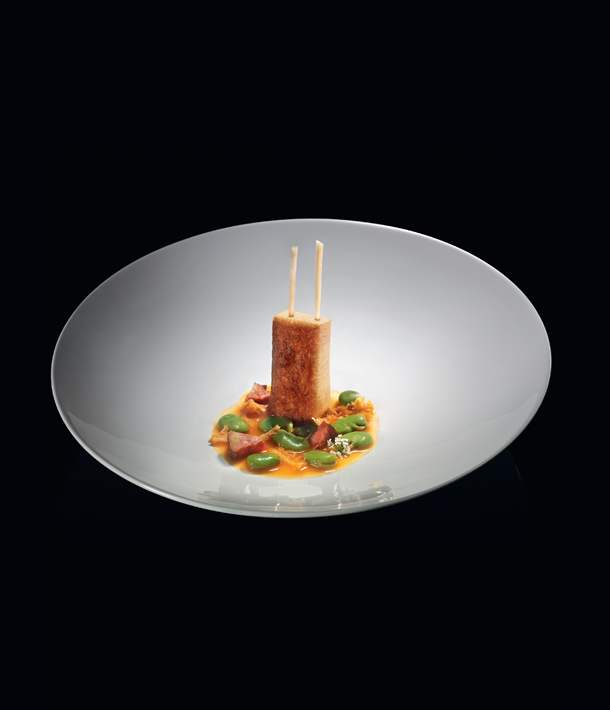 Tambaqui ribs with tripe and sausage, from D.O.M. Photograph by Sergio Coimbra

The recipe Atala selects for this fish is ambaqui ribs with tripe and sausage. Accompanied by a tomato sauce with fava beans, this may not sound an especially appetising combination. However, Atala, who has persuaded us of the edibility of ants, is a cook to be absolutely trusted. Moreover, the accompanying image, with the fish ribs placed artfully atop a ladleful of the meat and sauce, is enough to make even the most squeamish diner drool helplessly.

For greater insight into the book, allow our editor Daniel Hurst to introduce you to the title here. You can also buy the book from the people who made it, here.