High profile speakers including René Redzepi, Alex Atala and Alain Ducasse stress the need to respect animals - and ourselves - in what we eat and how we consume at food symposium in Denmark

Our editorial director and publisher (the woman responsible for Phaidon’s magnificent gastronomy, cookery and food books), Emilia Terragni, has just returned from MAD3, René Redzepi’s 2-day symposium on all things food in Copenhagen, Denmark. The theme of this year’s event was ‘guts’ and it got off to a dramatic start when Italian butcher Dario Cecchini slit open the belly of a pig onstage. Later, Alex Atala, D.O.M. chef and author of D.O.M. Rediscovering Brazilian Ingredients, killed a chicken, in part "to remind us that death happens".

You might not be that surprised to hear that the theme of MAD this year was 'guts' – in every sense of the word. While the more gory definition of the word may have been evident in Atala's and Cecchini's actions it was the pluckier definition of the word that was reflected in the 24 speakers who addressed the 600-strong audience over the two days. 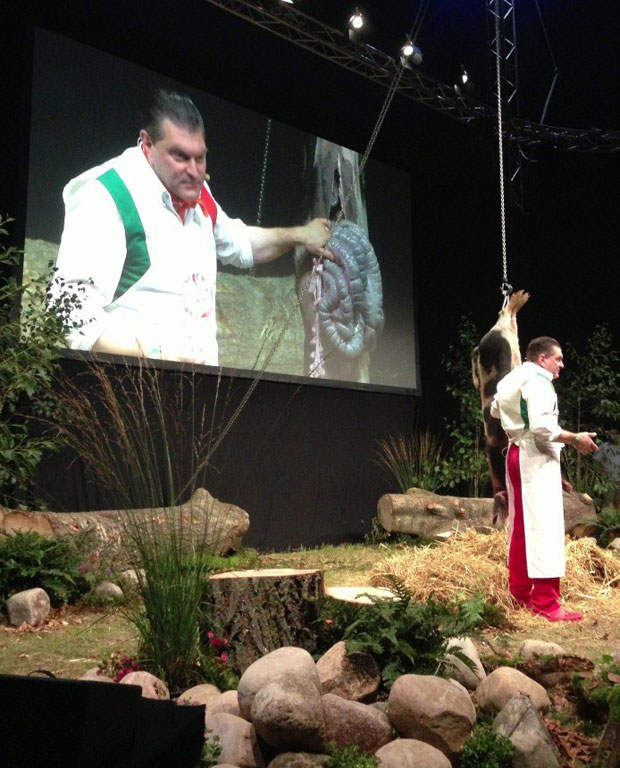 These included the environmental activist and anti-globalization author Vandana Shiva; Diana Kennedy MBE, author and authority on Mexican cooking and Martha Payne, the 10-year-old schoolgirl from Scotland whose blog about her school meals raised over £100,000 for Mary’s Meals.

According to Terragni, the quality of the speakers and the fact that their theories and ideas are backed up by the fact that they have all put them into practice - and succeded from them - makes MAD the most important food event in the global calendar.

"The people who are there are not talking theoretically," she says. "They have all made it. So it’s linked to reality. You can believe in it. The message is that everybody can do it in their own profession whatever it may be. 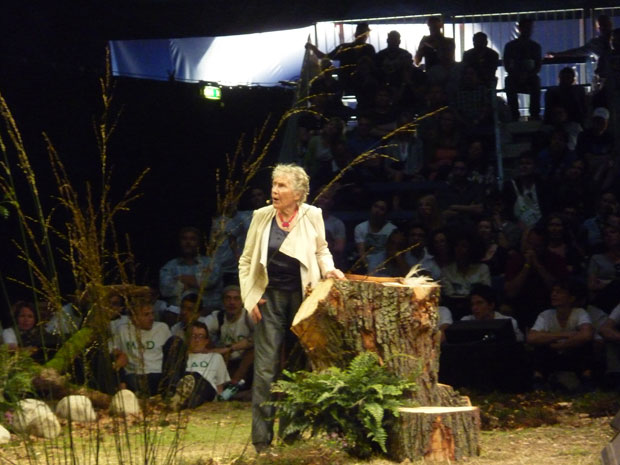 “The other thing about MAD (the word means food in Danish) is that not only are there top speakers but that the people in the audience really have the impression that they are part of it - they’re not only spectators. A lot of this is because of the structure: you have breakfast in the morning, lunch and then an event in the evening. So people are invited to exchange thoughts and ask each other questions. Also, the speakers are there for the whole thing, they’re not just there to deliver their idea and then go. So there’s an idea of community and a strong sense of sharing a beautiful balance between deep thought and some things that are funny but never silly.”

One of those themes was that of respect for animals, for food and by extension of that, ourselves. “One of the ideas put forward was how we have become detached from the food we eat and, as a consequence, don’t really much care about what is added to it,” says Terragni. It was a point both Cecchini and Atala – wearing a teeshirt that read ‘Death Happens’, made in their own, ways.

“If you look at how Alex killed the chicken it was actually beautiful,” Terragni says. “The chicken didn’t suffer, it was a chicken who had a nice life – but it was raised to be eaten. And though it may sound strange to read, the way he killed it was very respectful. It took just a second and then he cooked it and there was no waste. Likewise, when Cecchini held the heart of the pig in his hands. It was not disgusting, it was like watching a master at work. 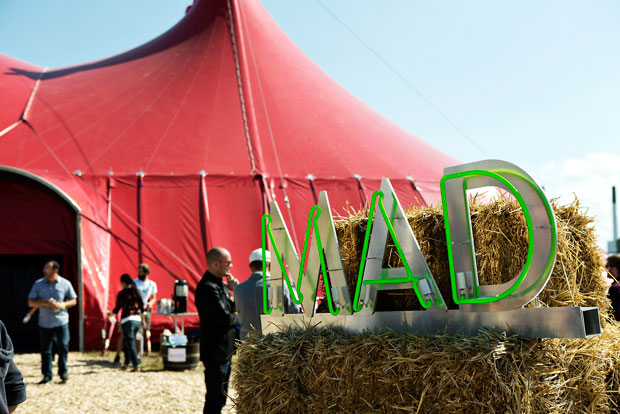 "These acts were not about shock value, but to remind us that we don’t seem to care about how animals are killed, or how they live - how we’re completely detached from the process behind the food we eat. Every time we eat something we have destroyed something and most of the talk was about this, about let’s go back to respect. Respect the food, the ingredients, the animal or the vegetable.”

“There are a lot of positive messages that are real," says Emilia. "A lot of it is about following your instinct. It’s about sharing, about doing small things that can become big things - things people can believe in and that are achievable. The butcher who cut that pig in that way, it was about perfection and that striving for perfection can only make you do things better.”

Perfection, as you'll know, is part of the Phaidon DNA, so on that note we’d like to point you at our range of gastronomy and food books – many by the speakers and creatives at MAD3 and all overseen by Emilia. We’re sure they’ll inspire you.

More on Blood, guts and inspiration at MAD3