Alex Atala, the founder of São Paulo's DOM, declared the sixth-best restaurant in the world by Restaurant magazine this year, is perhaps more used to cooking for Brazilian high society. Yet, last Friday, he managed to redistribute a little of the city's wealth, when he appeared at a private-donor event.

Atala cooked and spoke at a BrazilFoundation engagement, held to promote Gastromotiva, a non-profit cooking school for underprivileged youth in São Paulo; the venture is run by Atala's friend and co-speaker, David Hertz, and places students in restaurants around the city, including Alex's. 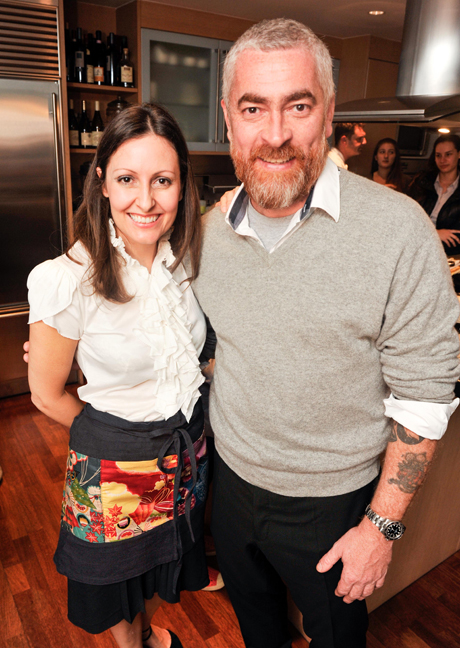 Hertz outlined Gastromotiva's incredibly high success rate  - 93% of its graduates find employment upon completing their course -  while cooking a traditional chicken dish, xinxim de galinha. Alex, meanwhile, prepared a great farofa, or cassava side dish, while outlining his take on Amazonian ecology and cookery; he said "I believe that cooking is the most important link between culture and nature."

Atala also warmed-up the donors by giving away a signed copy of his new Phaidon book, DOM, to the first ten purchasers of tickets to Gastromotiva's debut US fundraising evening. 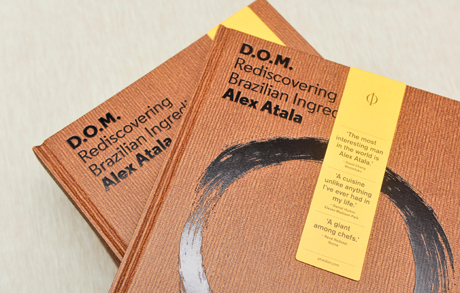 Atala's book DOM, at the event

The event, which will be held at New York's Eleven Madison Park, is scheduled to take place on 10 February 2014, and the tickets cost $850, yet we're told the books sold out within five minutes. Good on him.

If news of Atala's good will has whetted your appetite, then find out more about Gastromotiva here. Meanwhile you can pick up your own signed edition of DOM here, in our store.