Dedicating an exhibition to an art dealer might seem like an unusual way to go about things, yet, as MoMA's current exhibition makes clear, the late Romanian-American gallerist, Ilena Sonnabend was no simple canvas sales girl.

Sonnabend was born into a wealthy Romanian family in 1914. In 1932 she married Leo Castelli, the man who would go on to run perhaps the most famous gallery of New York's Pop period. The couple emigrated to America during World War II, and soon established themselves in the New York art world.

Though they divorced in 1959, the pair remained on good terms, as Castelli sold and exhibited Jackson Pollock, Willem de Kooning and Cy Twombly in Manhattan, while Sonnabend established a gallery in Saint-Germain-des-Prés, Paris, offering Jasper Johns, Claes Oldenberg and Andy Warhol to French visitors.

In the 1970s, Sonnabend reversed this cultural exchange, when she opened a New York gallery, and brought new European art to Manhattanites, including pieces from Italy's Arte Povera movement. She continued to work with new artists throughout the later decades of the 20th century, including Jeff Koons, Gilbert and George, and Candida Höfer, right up until her death in 2007. 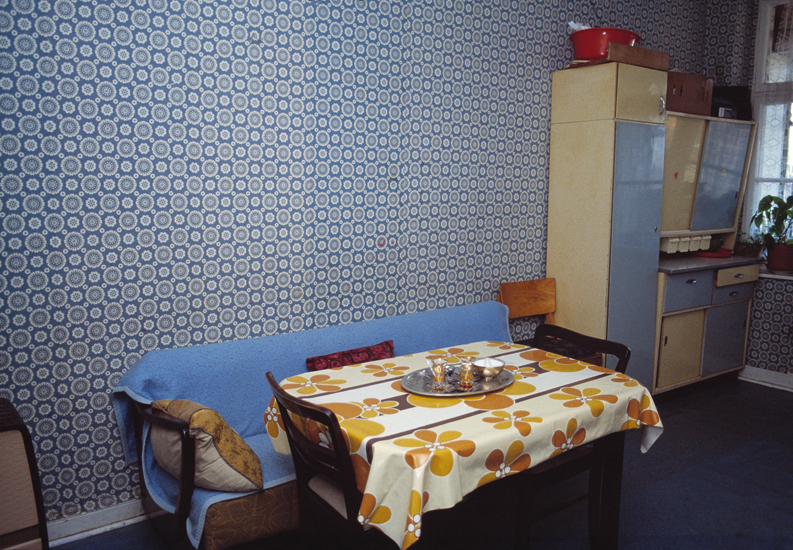 Candida Höfer, from the series Türken in Deutschland (1979)

Indeed, the tax due on Sonnabend's estate following her death proved remarkably contentious, since Robert Rauschenberg's Canyon (1959) was in her collection, a multimedia piece that included a stuffed bald eagle. The work was clearly an important one, yet US federal law forbids the sale of such an endangered species, and so the artwork cannot be brought to market. When surveying Sonnabend's estate, her executors decided Canyon was therefore worthless and should not feature in death duty calculations. However, the IRS took a different view and demanded $29 million in tax and an $11.7 million "gross valuation misstatement" penalty.

By way of compromise, the work was donated to MoMA, in return for an exhibition honouring Sonnabend. MoMA's current show, Ileana Sonnabend: Ambassador for the New, is in the museum's third-floor special exhibitions gallery until 12 April. It includes works by about 40 artists, such as Jasper Johns, Andy Warhol, Robert Morris, Mario Merz, Vito Acconci, Mel Bochner, John Baldessari, Jeff Koons and of course, Rauschenberg, whose Canyon occupies a special place. For more on this, go here.

For a greater understanding of Arte Povera pick up a copy of our comprehensive overview. For more on pop, pick one of our books, from weighty hardbacks to simple overviews. For Rauschenberg, take a look at our Focus book, and for all those would-be Sonnabends out there, there's Collecting Art for Love Money and More. Buy them all from the people who made them, here.

More on Meet the lady who turned Europe onto US pop