Previously owned by Robert Mapplethorpe, Warhol's screen print is up for sale at Christie's next month

When a young photographer called Charles Moore shot images of protest in Alabama in 1963, with water hose turned on children and peaceful protestors, the effect on America was pretty much instant. Suddenly a white audience was compelled to take a side in the growing political unrest sweeping the country.

So it’s not surprising that these new portraits of a changing America should be seized up by Andy Warhol – an artist who was grappling with his own artistic representation of iconic American imagery at this point. The power of Moore’s images of the 1963 Birmingham race riots, which Warhol saw when they were published in Life magazine, led to Warhol's own Race Riot screen prints of 1963 and ’64.

Now Christie's is offering for sale one of the screen prints in its evening sale of Post-War and Contemporary Art on May 13th at the Rockefeller Center. The works were made as part of Warhol's preparation for an important exhibition in Paris on the theme of "Death in America". According to Christie's, "they essentially continued the formal logic of Warhol's large Car-Crash paintings by representing Moore's three photographs repeatedly as a kind of disjunctive filmic montage of troubling and traumatic imagery." 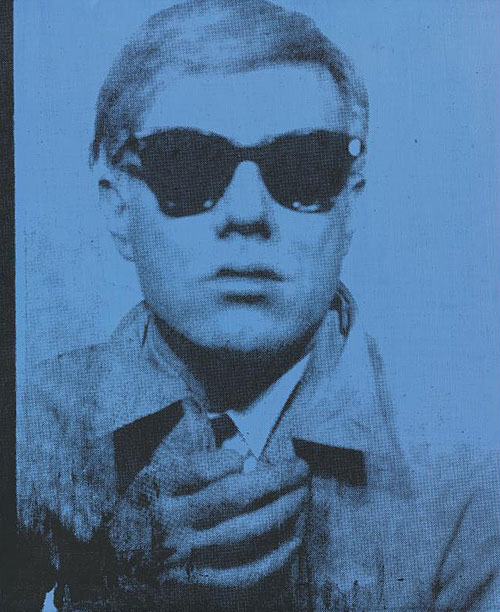 Now more commonly known as his 'Death and Disaster paintings' the Paris exhibition comprised large scale works and paintings of car crashes, suicides leaping from skyscrapers, gangster funerals, the atom bomb and the electric chair - the dark side of the American dream and the obverse of the optimistic pop culture Warhol had previously been associated with. In doing so he perhaps hoped to court a favourable reaction from a Parisian audience who, he feared, might not take kindly to the  western consumerism of his soup cans, Coca-Cola bottles, celeb portraits and dollar bills.

In fact, Race Riot is one of Warhol’s most powerful insights into the culture of his time and his unique political image. Warhol's first four first Race Riot paintings (Pink Race Riot, Museum Ludwig Cologne, Mustard Race Riot, Museum Brandhorst, Munich and two other examples whose whereabouts are currently unknown) were all made in direct response to the Life magazine spread and employed all three Charles Moore photographs. The Christie's image originally belonged to Sam Wagstaff who later gave it to his partner Robert Mapplethorpe.

Warhol’s silk screened painting raised important questions about the nature and function of media imagery, about how we react to images, how they can manipulate, pacify or provoke us. And how under the constant process of repetition their power can disintegrate. You can learn more about this truly seminal artist via a series of fascinating Focus chapters in our Andy Warhol Phaidon Focus book. Meanwhile, if you're a potential purchaser of the image above we sincerely hope you already have Volume 2 of our four-strong Andy Warhol Catalogue Raisonné series. If not, you can buy it here - but be quick!

More on Andy Warhol's Race Riot goes under the hammer