The Los Angeles Fund for Public Education's Arts Matter progamme campaigns for public school arts education. Last October they took their message to the streets, with the first in a series of artist-designed buses. Barbara Kruger decorated their inaugural public transport campaign, layering a series of her slogans onto the city's fleet.

This week, another great LA artist is let loose on the transportation network, when John Baldessari's buses begin to ply their routes. With typical directness and simplicity, he has covered LA's metro buses with a yellow and black wrap, in the style of America's legally prescribed chrome yellow school buses, which have been taking children to school since 1939. On top of this Baldessari has added the slogan, Learn to Dream, in both Spanish and English. There's a billboard version of the piece too, with the words written onto a school blackboard. 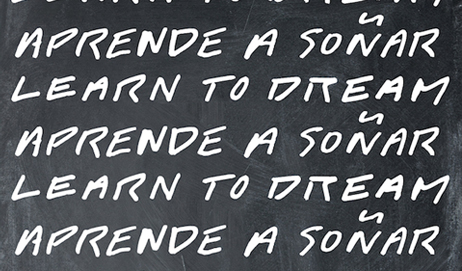 To us, this hand-written piece brings to mind Baldessari's The Pencil Story (1973), which is featured, in the current edition of our Art Book. 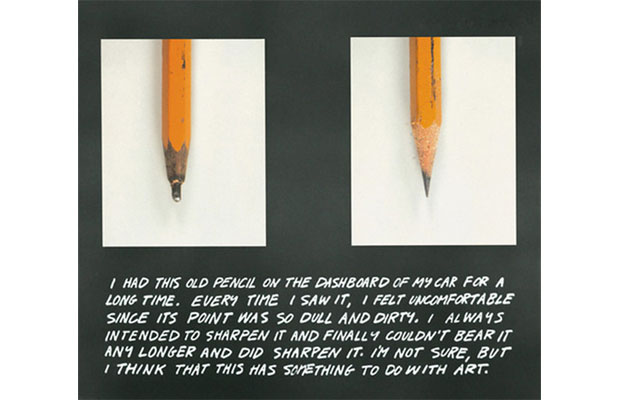 The Pencil Story (1972) by John Baldessari

If you're in LA over the next four weeks, look out for the 12 buses on the city's public transport routes. If you're keen to read more about The Pencil Story and much more besides, take a look at The Art Book, an A-to-Z guide to the greatest painters, photographers and sculptors from medieval times to the present day.