An LA-based bond investor has offered one million dollars reward for the return of a Mondrian painting, Composition (A) En Rouge Et Blanc, stolen during a break in at his Santa Monica home. The reward is the largest ever offered for a single painting. The Mondrian was among a haul of art works by Jasper Johns, Joseph Cornell and Richard Diebenkorn, taken along with Jeffrey Gundlach's wine collection, watches and a Porsche 911 - a haul estimated at over 10 million dollars. In total, Gundlach, the founder of Double Line Capital Investment, is offering almost 2 million dollars in reward money. He discovered the crime after returning from a two-day business trip to New York.

The question on everyone's lips is whether the theft was the work of sophisticated thieves who targeted the property or that of lucky chancers who stumbled upon a treasure trove far beyond anything they could ever have imagined.

"Everybody's talking about it; the buzz is out there," Cheryl Perkey, a Los Angeles art consultant to wealthy collectors and celebrities told the LA Times. "People who have valuable collections, that's always in the back of their mind, the safety of their collections." 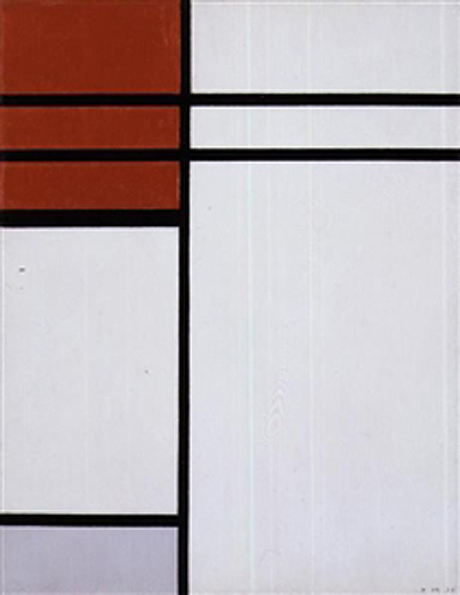 Santa Monica police say they're working with art-theft experts from the FBI, Interpol and the LAPD. Southern California is home to a number of incredible private art collections owned by celebrities and entrepreneurs. Hollywood players buy art as a good financial investment and to flaunt their wealth, Merry Norris, an art consultant to high net worth individuals told the Times.

"L.A. is currently one of the hottest scenes in the art world," Norris said. "People who have made zillions of dollars, sometimes you can't show those stock certificates to your friends. This way you can live with it and show it to your friends."

Retired FBI agent Robert K. Wittman said that unlike institutions, wealthy individuals often don't take the necessaryprecautions to protect valuable paintings, making it more common for valuable art to be stolen from homes than from museums and galleries.

"Museums don't lose pieces very often because they have excellent security systems," said Wittman, who wrote the book "Priceless: How I Went Undercover to Rescue the World's Stolen Treasures." "When it comes to individuals, many times they don't have the sophisticated alarms and systems they need."

Wittman said the bit of good news for Gundlach is that stolen art is recovered far more often than other valuables, in large part because it is so hard to sell. "Artwork rarely can fetch big dollars without proof of its authenticity," he said.

However, in 1990 the Isabella Stewart Gardner Museum in Boston offered a big reward for the return of $300 million worth of stolen art. The paintings, which included three Rembrandts, are still missing and the thieves were never caught.