Does the so-called enfant terrible of British art still have anything worthwhile to say?

Earlier this year, at London's cathedral of modern and contemporary art, Tate Modern, visitors were invited to enter a room full of living butterflies, take in dead animals suspended in vast tanks of blue-green liquid, and queue up to see a platinum cast of a human skull encrusted with 8,601 flawless diamonds. 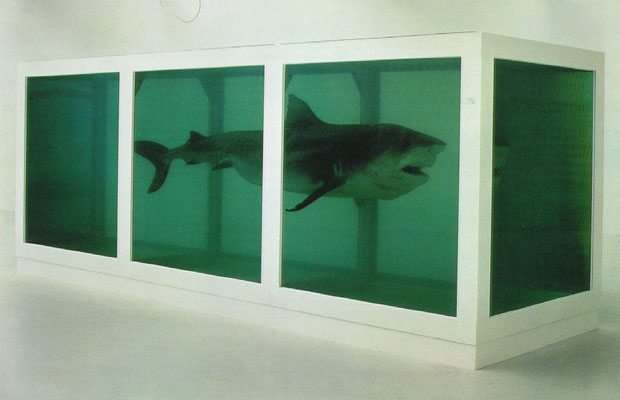 Damien Hirst, The Physical Impossibility of Death in the Mind of Someone Living (1991)

Sound preposterous? It wasn't meant to be. This was Damien Hirst's Tate Modern retrospective, the first ever "substantial survey" of the artist's work in a British institution that brought together key works from his twenty year career. There were paintings and sculpture, including The Physical Impossibility of Death in the Mind of Someone Living (1991), that famous shark hung lifeless in a vat of formaldehyde. There were vitrines, including countless medicine and pill cabinets, created at the beginning of Hirst's career back in the early '90s. And then there was that skull. 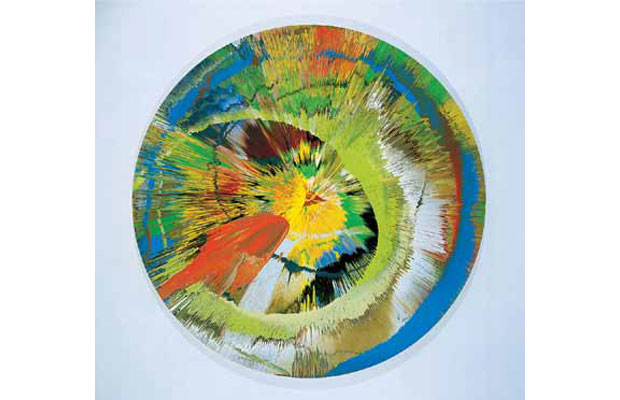 Costing a reputed £14 million to make,_ For the Love of God_ was exhibited in the 'Beyond Belief' show at London's White Cube gallery in 2007, although there the price tag was £50 million. It marked a continuation of the artist's preoccupations with ideas of shock, fear and mortality (qualities with which he first became synonymous in the 1990s), but it also called into question Hirst's integrity as an artist. Many consider the Goldsmiths-educated YBA as an entrepreneur more than a creative powerhouse – a money-mad pretender who doesn't make his own art and who sometimes copies the work of others. 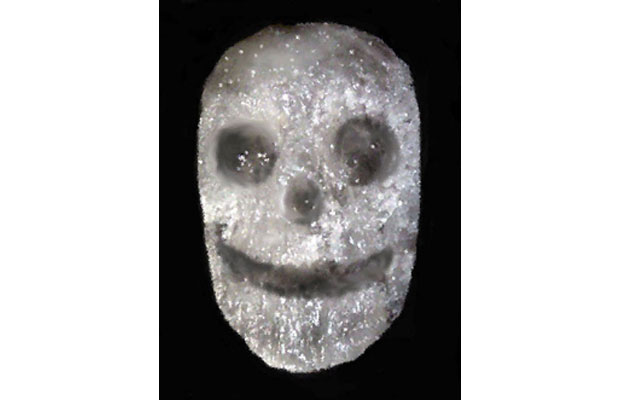 John LeKay, Spiritus Callidus #2 (1993). LeKay believes Hirst has copied many of his ideas.

It's true, Hirst has assistants physically carry out much of his work for him, but, then, so did Andy Warhol and many of the Renaissance artists. It's also true that some of Hirst's works seems heavily influenced by the ideas and outputs of others, although laywers have found no legal grounds for plagiarism. The general concensus is the Bristol-born antagonist has contributed a huge amount to the landscape of British art over the last twenty years. The question now is: how long will he really continue doing so?

Read more about Damien Hirst, and countless other great artists, in The Art Book New Edition.

More on Artist of the Week: Damien Hirst