There's a great overview of the global art market right now courtesy of uber dealer Larry Gagosian interviewed by Kelly Crow in the Wall Street Journal. In a wide ranging and revealing chat, Gagosian - who as we recently reported now owns 12 galleries world-wide, representing more art floor space than the Tate -  talks about the rise of Brazil, the dip in China, the new optimism in the US and why India has yet to get off the ground in terms of art market sales. It also has a number of more personal revelations from the biggest and most important dealer operating in the world today.

Gagosian was talking ahead of a new outpost opening this coming Friday in a hangar-like warehouse on the grounds of Le Bourget airport in northern Paris which he's launching with a show of new paintings by Anselm Kiefer. He was at pains to point out that the Jean Nouvel-designed gallery will be open to the public, and that "it's not duty-free!"

Commenting on Brazil, an emerging market talked about by Simon de Pury in his recent Phaidon interview, Gagosian said: "We just did the ArtRio fair in Rio de Janeiro, and it was one of the strongest fairs we've ever done—way beyond what I expected. I was on the fence about it because if you add another fair to your calendar, you've also got to send your people there and insure the art and throw dinner parties and all that. You also need to have the art, and artists produce at the rate they want to produce. But I was convinced to try Rio, and it turned out to be a home run. We might head to São Paulo next."

Asked if there were any downsides to becoming so huge a player in the market Gagosian told Crow. "Physically, it's getting impossible for me to travel that much. I want to support my artists by showing up at their openings, but I can't always be in Hong Kong one minute and Geneva the next. There's also a limit to what I can manage. I'm not in the luxury-goods business. I sell unique objects. I wish I was in luxury goods because then I could just call the factory and say, "I need 10,000 more of whatever." But I can't - because then it's not art, it's something else. I like to test areas, but there's a time to hold off. I'm not going to open a gallery in India, for example."

Asked why India is such 'a dim prospect' he said: We have some Indian collectors who buy from us in London, but we're not really selling to collectors in India. Maybe we're not approaching it the right way, or maybe we don't have the relationships. Usually when the business is there and the appetite for collecting is there, it trickles up. It's not happening yet. India remains focused on its local art, and its museums aren't showing international art often enough."

Gagosian was more hopeful that optimism in the US would continue to grow. "There are more people collecting art here now than there were five years ago. The art world is never going to be popular like the NFL, but more people are buying art and I think that's cushioning, to a great extent, our art-market cycles. During the worst of the recession, you saw collectors everywhere putting the brakes on, but you didn't see the art market falling to zero. We didn't see a deep recession in the art market, we saw a dip. Anybody who thinks art will always go straight up has obviously not been around for very long, but the extra collectors coming in are serving as sort of a safety net."

Asked by Crow where are we at in the market cycle today he found it hard to say. "I don't feel like we're in a bubble, but the nature of bubbles is that you never see them. My gut feeling based on previous cycles is that we're in a strengthening period. Spectacular trophy pictures are continuing to sell for dizzying prices because there's still a lot of money floating around the world."

The dealer was candid when asked where he invested his own considerable fortune beyond the art market - nowhere! "I don't own stocks, never have. I don't understand it, and I'm not comfortable making paper investments. I have clients who run hedge funds who ask if I want to get involved, but it doesn't work for me. Basically, I have art, some nice real estate and I like to have money in the bank. I can still make mistakes with art, but at least I can learn from it. If I make a mistake in the financial markets, chances are I'll make it again. I stick to what I know." 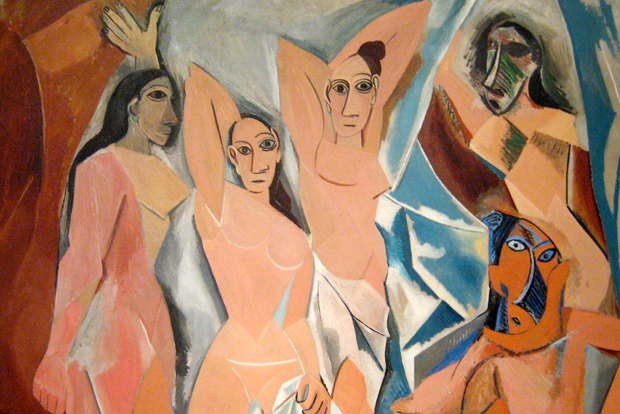 And his love of and appreciation for art shone through when Crow asked him: What museum piece would you love to sell today?"There's a Pablo Picasso over at the Museum of Modern Art that I've always wanted, the one with all the women in it, "Les Demoiselles d'Avignon." It's a great work of art, and knowing that it's pregnant with his unbelievable career makes it all the greater."

Finally, asked what piece from his personal collection he'd never sell, he replied: "My collection is primarily made up of artists and estates I'm involved with [Giacometti, Picasso, Serra], but it's also my way of looking after myself in my old age. So I keep quite a few things at home that I'm not tempted to sell, but I never say never." There's loads more in what is a really great interview over at the Wall Street Journal.

More on Larry Gagosian - 'The painting I'd never sell'