The masterly British painter was considered controversial during his lifetime, but why?

Despite the purported belief otherwise, most great artists were appreciated in their own lifetimes, and most were relatively well-off. There are exceptions, of course. Vincent van Gogh, the eccentric but brilliant Dutch painter who cut off his own ear and painted some of the world's greatest masterpieces wasn't hugely well-known while he was alive, and he didn't make much money. It was only after he died, as more and more people realised his genius, that he garnered the international attention he deserved then and still receives now. Almost the same can be said for the British artist J M W Turner.

Turner's problem was his brilliance, his vision, his relentless pursuit for the new. Whereas we now recognise the artist's great ability to capture the startling effects of light, colour and movement in magical oil paintings of landscapes and natural catastrophes (Turner was drawn to shipwrecks and storms, and was fascinated by the violent power of the sea), audiences in the 19th century considered him controversial, and few people truly understood his work. 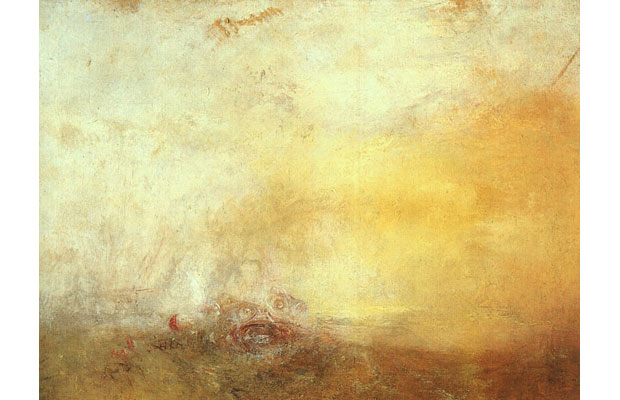 Before Turner painting was a tool for realistic depiction. People, landscapes and events were recorded as the eye saw them, and contained little emotion. The intention of painting was to document matter-of-factly, without embellishment, and artistic flourishes were frowned upon. For Turner, as for his fellow Romantic painters Blake, Constable and Friedrich, imagination and individual expression were tools to be used, not ignored. To them, art provided the opportunity to depict emotions like fear, desolation, victory or love, and didn't have to be defined by intellectual discipline.

Take Turner's 1842 painting "Snowstorm: Steamboat off a Harbour's Mouth", a swirling mass of lashing wind, spray, sea and smoke that captures the unlucky vessel's struggle in the heart of a storm. The picture is atmospheric, its loose brushstrokes filled with all the unhesitating spontaneity of a modern abstract artist. Or the 1845 painting "Sunrise with Sea Monsters", an equally atmospheric work featuring a hazy sunrise, a turbulent sea and, according to most, the eponymous Sea Monsters lurking in mass of swills in the painting's lower left corner. 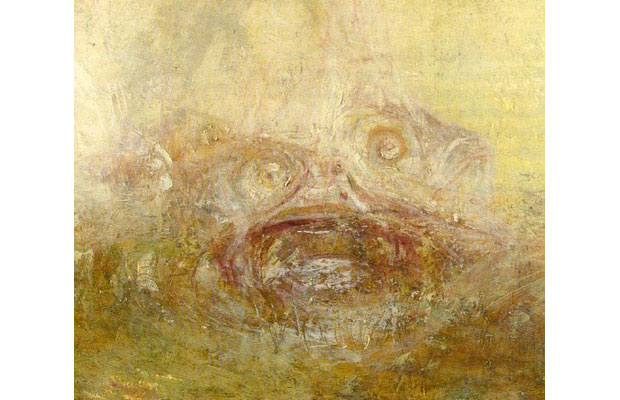 Turner's paintings aren't "realistic" in an aesthetic sense – in "Snowstorm" it's difficult to properly make out the steamboat, and who really knows what the artist's Sea Monsters actually are? –  but they remain very much true to life, filled with emotion, atmosphere and experience. Both types of artistic output are important. It just so happened Turner favoured the second.

Read more about J M W Turner, and the other Romantics, in The Art Book New Edition, now 30% off.

More on Artist of the Week: J M W Turner