These days you draw cartoons, though you've spent most your professional life working as a writer. Were you ever tempted to become a visual artist? No. Back in the day, I lacked the manual skills that were seen to be crucial for a visual artist. When I was young, I could not draw apples on a plate, for example. Nowadays, that's absolutely no handicap. The art world has moved on. Back then it would not have occurred to me that I could have been a visual artist. Today no young visual artist would be perturbed by the fact that they lack these skills.

What's the best art party you've been to? When Christo and Jeanne-Claude moved to New York, they carried on the French tradition of giving banquets for artists. I met people like Roy Lichtenstein there. You wouldn't go to talk about your art, but you would have these incredibly fruitful discussions with artists and dealers. Christo dinners are a very warm memory for me.

In your book True Colors, you say that the New York taxi tycoon and pioneering pop-art collector, Bob Scull, established the contemporary art market, when he sold off a chunk of his collection for great profit in 1973. Can that really be true?  Yes, back when Bob and Ethel Scull started collecting, nobody else was buying Warhol, Jasper Johns or Robert Rauschenberg, and everyone felt they were fools for doing so. The Sculls were very unusual birds for buying that work. They bought it out of love, and then they sold some for great profit in '73. I remember Robert Rauschenberg did a fake punch into Bob Scull's stomach, because he was upset by the sale, but Bob said, "Well, I'm adding value to your work." He did. That sale made the pop art market, and the market for immediate, fresh, contemporary art has existed ever since.

You became the Art Newspaper's New York diarist two years ago, at the age of 73. Aren't you a bit old for all this? Well, one of the good things about the art world, is that it helps to have been around the track a few times. The more you know, the better off you are. So long as you're interested in the current work, then it's OK. I used to write about rock music, and I'm glad I don't do that any more. Besides, the aging process has become very different these days. It's not as if you're in a tiny village, and you first become the squire and then the grandfather. Now, life is an ever-changing continuum. 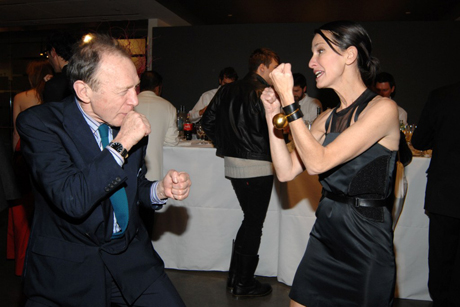 You saw the New York art scene in the Seventies, and are familiar with London today. Which is better? Well, New York in the late Seventies and early Eighties was unquestionably the world capital of art. Then London in the early nineties took over. Now London is very post-YBA and, while London has emerged as a major business city, there is no single centre. For instance, Berlin is very much an art centre, but not a business centre, as there's a lack of collectors there. New York and London are both art and business centres. In New York, the business is all in Manhattan, while most of the younger artists live in Brooklyn. I've only been back in London for a few days, but I get the impression that there's not so much of an art community here in London when compared with New York. In any case, neither London nor New York has the kind of scene New York had back in the seventies, when the entire art world could fit into Max's Kansas City. Back then, you'd get the whole shooting match into Max's, to the extent that, if you didn't see Andy Warhol, you'd say "where's Andy?" Now you don't see artists at openings so much. It's become a very different world. It's so big. 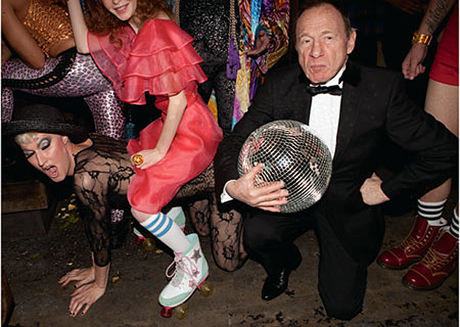 You knew Jean-Michel Basquiat didn't you? Yes, I knew him very well. He was charming, but troubled. He was, very lively and vibrant, but he wasn't that happy, I didn't think. A documentary came out recently directed by a former girlfriend of Jean Michel's [Jean-Michel Basquiat: The Radiant Child], wherein the writer Glenn O'Brien is heard saying Jean-Michel was really worried about a piece Anthony Haden-Guest was writing for New York magazine. After this, a few people came up to me and asked me "is it right that you killed Basquiat?" Well, no, not really. I was commissioned by Vanity Fair to do a piece about Jean-Michel, the premise of which was that he'd given up doing smack. As I started writing the piece, several people called me, saying "you're putting Michel under a lot of pressure," because he had not stopped using. I called up Jean-Michel, to tell him that I was not going to do the piece; I'm going to postpone it until he felt more ready. Then, I only saw him once again at a club in New York, and then he died. I did write the piece; however, it was a posthumous piece.

You also knew Warhol? Yes, I was fairly friendly with him; I crop up in the dairies a couple of times, en passant. He was a receiver, not a giver, as a rule, but, unlike his public image, he could talk the talk if he was in the mood. I liked him a lot, to the extent that when I say to his intimates that he was sweet natured, they kind of roll their eyes, because they knew he wasn't, but I really liked him. I miss him.

You've also interviewed Damien Hirst a few times. What do you make of him? I like him; I've known him since I did a piece for him in Details magazine, which was one of the first mass-media pieces about him, if you call Details mass media. He's driven, yet he's very aware of the fact, that he's made a handful of enormously important works early on, and then turned himself into an art-making factory.

Tell us something about the art world that no one knows?  When I was at college, if you talked to a bunch of kids interested in the arts, they'd have said, "yeah, Picasso is good, but Jean-Luc Godard, and Michelangelo Antonioni - that's where the action is." Rock music and movies were exciting, and art was aside. Now, I think art and the language of art have become absolutely dominant, while rock music has become very corporate.

What advice would you give putative collectors? Get around and look at a lot of stuff, and don't believe the critics too much. The more art is made the more bad art is made, so its easier to find the good stuff. I know at least twelve artists making great stuff, all under 40, whom I know are going to go the distance.

Would you draw us a well-known artist? I'd be happy to. [The following illustration arrived a few days later] 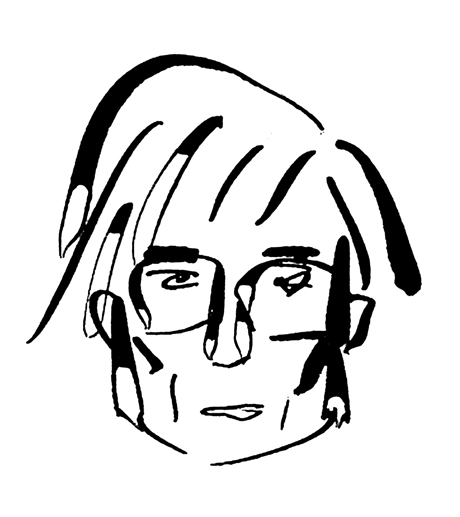