We suspect the question 'How would I make a Latvian seaport more interesting?' is not one that keeps you awake most nights. However, for Austrian architect Volker Giencke it was a very real challenge and one that you can see from our pictures, he rose to admirably with this eight-storey glazed orange cone.

Giencke was a founding member of the Graz School of Architecture, a movement that achieved worldwide fame as the "Genius of Graz". His other glazed structures include the vast glasshouses in the University of Graz Botanical Gardens.

The Great Amber Concert Hall marks the first part of an ambitious scheme to develop a new cultural district in Liepāja - known locally as the city of winds and music.

To say it's been a long time coming is something of an understatement. The Austrian architect won the competition in 2003, though building work didn’t begin for a decade. But the citizens of Liepāja had been waiting longer than that for this venue. In actual fact, the City Council decided to start saving money for the construction of its concert hall well over a hundred years ago in 1896. 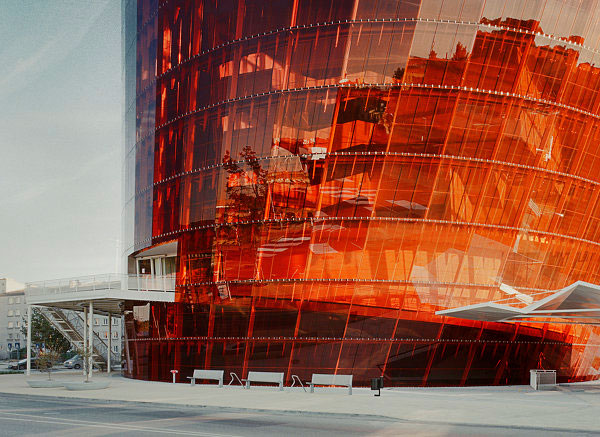 Glencke's oval monolith has a concrete and steel structure wrapped in a transparent amber-coloured façade which “bathes the inside area in soft warm light”, says the architect. Amber is the symbol of Liepāja and the Baltic Sea. “Its architecture is a portrait of music, frozen in time and in amber,” says the venue.

Inside is an auditorium, with some of the seating picked out in the building’s trademark orange. “Reaching high above the roof, 14 mirror-finished reflective tubes flood the 800-seat concert hall with daylight, creating a unique atmosphere inside,” the architects add. 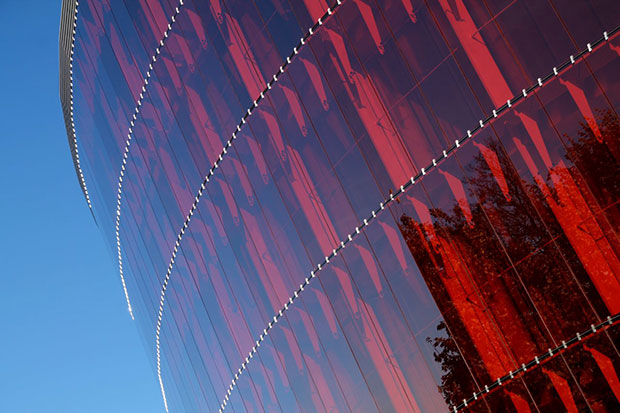 This hall is surrounded by teaching and rehearsal rooms of Liepāja’s Symphony Orchestra, the Emils Melngailis Liepāja Music Secondary School on the ground and lower ground floors, plus a ballet studio and chamber music hall, and small experimental stage with 150 seats on the fourth floor. The fifth floor houses a bar and music club.

For more beautiful buildings with an arts focus you should check out our new Annabelle Selldorf monograph Selldorf Architects Portfolios and Projects which focuses on the innovative galleries, cultural projects and private homes created by the renowned German-born, New York-based architect and her team.