'There’s this transition from Reagan to Trump to a sort of mafioso to Hitler,' he tells film maker Harmony Korine

Plenty of performers, whether they care to admit it or not, often reprise the same role over and over again. Artist Paul McCarthy however, is honest about his repetitions. In a new question-and-answer profile conducted with fellow artist and filmmaker Harmony Korine, published in Interview, McCarthy admits that most of the films he has made can be viewed as “one big thing.”

There is some development in the characters he plays, however. “In the ’70s, it was this whole thing of being a male pretending to be a female,” McCarthy tells Korine. “And then it switched to animals: monkeys, dogs, stuff like that. At times, I would get on all fours and act like a dog. Or I would bark. And then I became, like, these patriarchs: the sea captain, the president, a grandfather, whatever. It became very much about posing as some sort of arrogant, machismo character.”

That latest character trope includes movies and performances where McCarthy assumes the characters of Walt Disney and George W Bush, among others. So, it shouldn’t come as any surprise to learn that, when Doland Trump began his presidential campaign, McCarthy saw another figure to fit into his repertoire.

As the artist tells Korine, McCarthy was shooting a cowboy pastiche, in which he was playing a Ronald Reagan-style character, “but when Trump began to run for office, I thought, ‘Wow, maybe I should switch the characters’” he says. 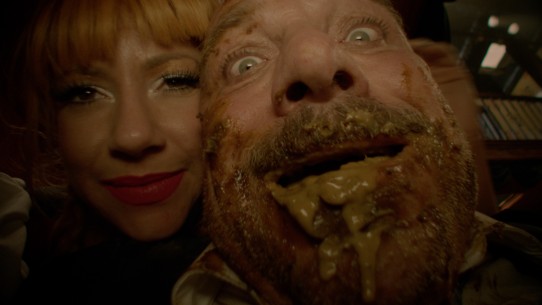 The film or actually series of films, entitled CSSC / DADDA Coach Stage Stage Coach / Donald And Daisy Duck Adventure, are currently playing in various incarnations on the festival circuit, and feature depictions of Nancy Reagan, Melania Trump, and Andy Warhol. Indeed, in this new interview, McCarthy acknowledges a greater debt to Warhol, saying he likes the films the pop artist made, “where you have this element of a narrative being made, but where the suspension of disbelief isn’t so strong, so you kind of realize that people are pretending to be those characters.”

Certainly, Dirk Bogarde’s estate shouldn’t be too worried by McCarthy’s plans to remake The Night Porter, the 1974 film examining sadomasochism and the linger vestiges of European Nazism. McCarthy is taking on Bogarde’s role in the film, Max; it won't be the world’s most faithful remake; not least because, just as another character crept in during the making of his western, so McCarthy plans to switch identities in this new movie.

“Just as Reagan became Trump, Night Vater became this image of a monster, like organized crime but as a fascist. In the film I’m shooting in June, I become Adolf Hitler. So there’s this transition from Reagan to Trump to a sort of mafioso to Hitler. Politics becomes some sort of organized crime.” 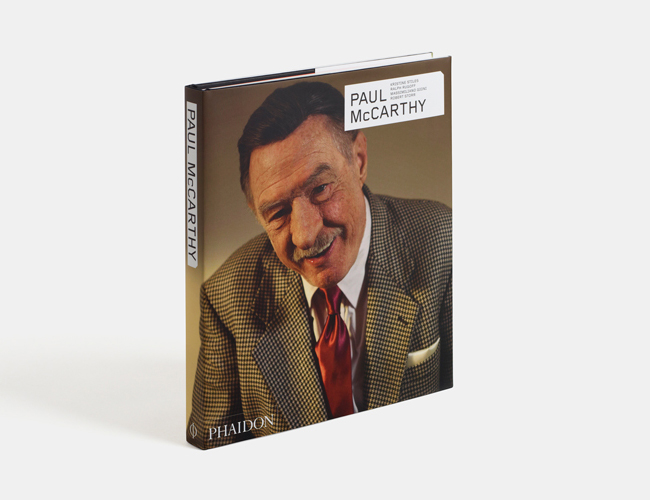 That sounds like a film for our time. For more on this important contemporary artist’s work, life and outlook, order a copy of our Paul McCarthy monograph here.

More on Paul McCarthy on playing Trump in his new movie