At auction at Christie's, this animal sees McCarthy flirting with Disney, Willy Wonka and The Raft of the Medusa

Paul McCarthy’s large, sprawling installations aren’t the kind of thing many collectors can consider buying. Price aside, displaying something like Tomato Head is far from straightforward. However, McCarthy’s larger works are sometimes broken down and sold off in their constituent parts, and if you were to choose one item from one of the artist’s best-known recent installations, Pig Island, it would probably be this sow, which is up for auction at Christie’s in London on 29 June with an estimate of £400,000 – £600,000.

Pig Island, created 2003-2010, is a massive, grotesque animatronic installation of model humans and animals, which arose from McCarthy’s earlier plan to create a Pirates of the Caribbean stage set. 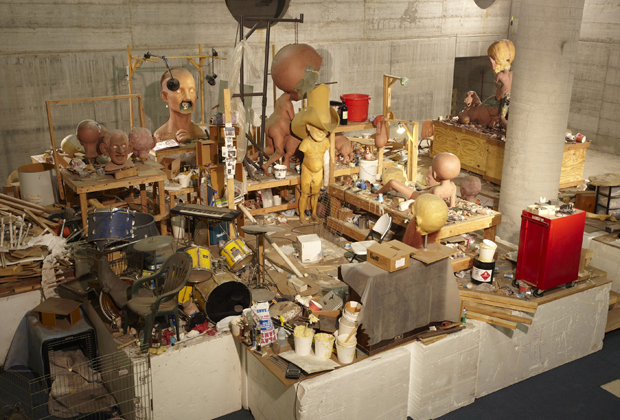 McCarthy’s mechanical pig took two years to develop, and remains a remarkably sophisticated model, as Christie’s lot notes explain: “Approach and she begins to breathe deeply and regularly. Circle her and she twitches. Her trotters kick, her mouth and snout move and her eyelids mimic the effects of REM. Walk a little further and you will see that even her tail waggles and her rectum pulsates.”

However, the beast’s mechanics aren’t hidden, but instead presented in plain sight, purposefully undermining the work’s verisimilitude. This tension between the lifelike and the fake, is part of the work’s charm, according to the writer and curator Massimiliano Gioni, who examines Pig Island in our new Paul McCarthy book.

“Pig Island emerges from a sea of cheap blue carpet: it floats, like a mock iceberg in a run-down amusement park, on 26 large blocks of polystyrene,” writes Gioni. “Washed up on its shores are over 100 cubic metres of flotsam: wood, plastic, clay, foam rubber, polyurethane, electrical cords and components, plywood, paper, cardboard, plaster, papier-mâché, light bulbs, rope, spray paint, paint, glass, mirrors, carpeting, metal, rubber, tape, dust, glue, fabric, wire mesh, leather, implements ranging from construction tools to musical instruments, Plasticine, rocks, plants and animal fibres. The dizzying sense of vertigo generated by this lengthy list of materials reflects the overwhelming experience of encountering this vast sculpture: particularly when surveyed from above. Pig Island appears to be falling apart and yet, at the same time, also seems to have been maniacally recomposed into a mysteriously coherent ensemble.” 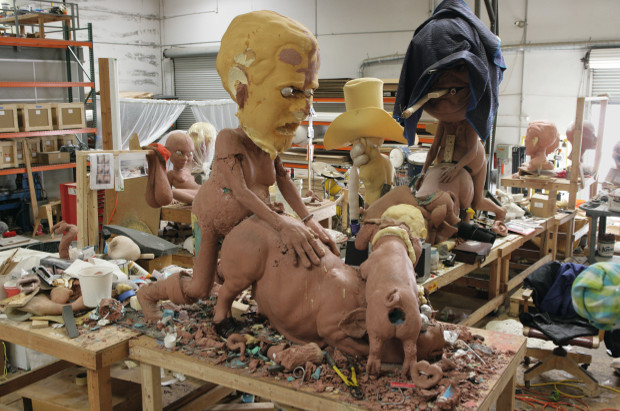 Pig Island might be overwhelming for the casual viewer, yet, from a curator’s perspective it can prove to a logistical nightmare, as Gioni, Artistic Director at the New Museum, knows full well.

“Simply exhibiting the island is a gargantuan process, requiring 3 installers from McCarthy’s studio to disassemble the work over 20 days,” Gioni writes. “Around 88 crates and pallets are filled and packed into 5 freight containers. The process needs 2 cranes with arms that can reach a height of 18 metres and a forklift to handle the 25 tonnes of material. The packing procedure alone takes 8 people, 5 days to load the containers and then 5 more to unload them and unpack the materials at its destination.”

Yet the effort, from Gioni’s perspective, is worth it. Pig Island, with its prone piggies and dirty pirates, makes clear references to Disneyland and Willy Wonka, yet there are also earlier fine-art predecessors worth bearing in mind when viewing McCarthy’s work. 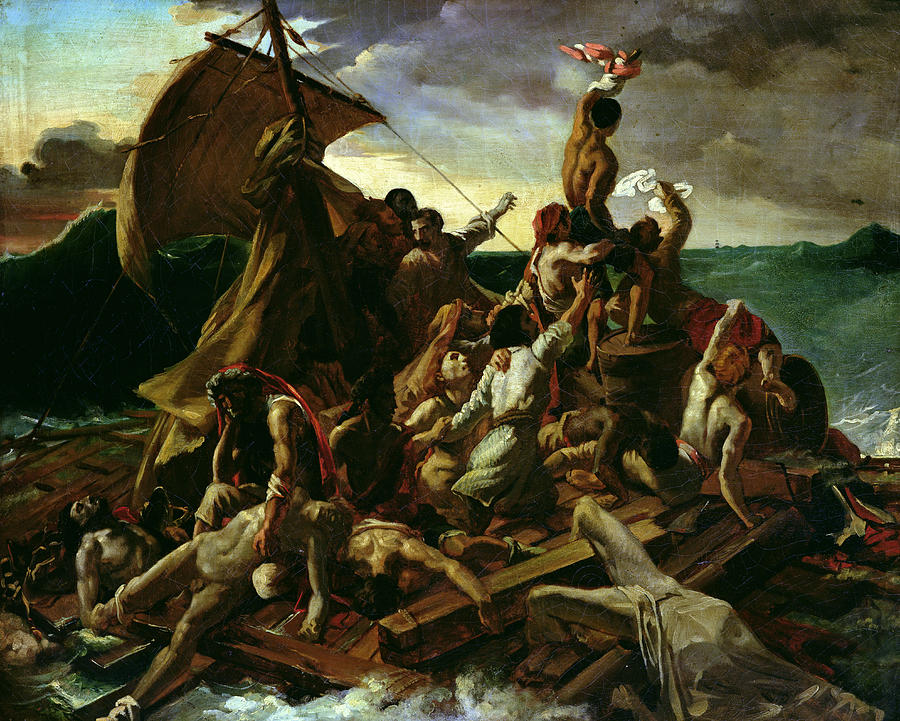 “With its scattered limbs, Pig Island can also be read as McCarthy’s contemporary version of Theodore Géricault’s The Raft of the Medusa (1818–19): an encyclopaedia of anatomical scraps and dismembered bodies,” Gioni argues. “Like Géricault’s painting, McCarthy’s drifting raft is a visual allegory that incorporates references to current events. As Géricault took inspiration from the shipwreck of the frigate Méduse, so McCarthy seems to engage with the world around him and tries to chronicle its transformations. Pig Island depicts the sprawl of Los Angeles, with its piles of Kentucky Fried Chicken boxes, the twisted masks of public characters and celebrities, shreds of news, entertainment and politics.”

This little piggy might be a marvel of natural mimesis, yet its place in McCarthy’s Pig Island is earnt on the strength of both its innocence and cloying cuteness as well as its animal baseness and mechanical fakery, in among fast-food rubbish and fallen public figures.

“Pig Island proudly flaunts the guts of its machinery, revealing the pretence and celebrating not the finished polish of illusion but its corruption and destruction” writes Gioni. “It is a spectacle of desolation, like seeing the future of our civilization turned to rubble.” 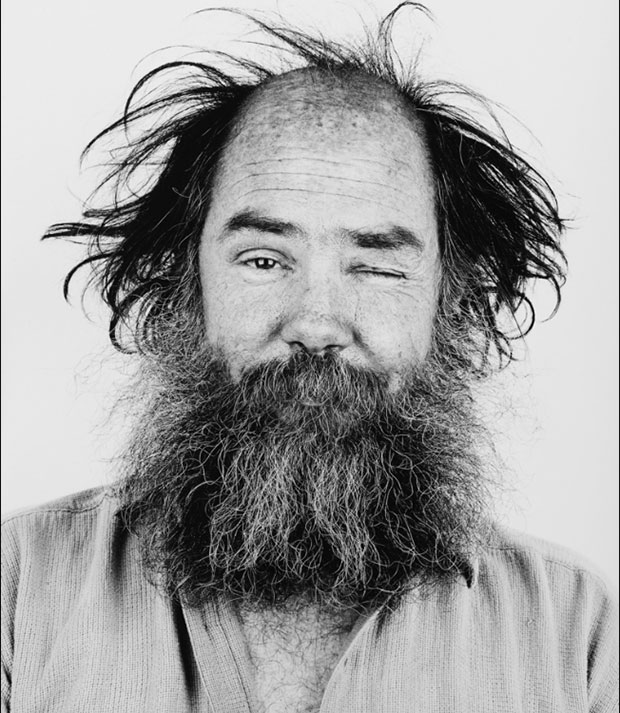 Something to bear in mind, if you are considering a bid on this mechanical animal. For greater insight into Paul McCarthy’s work, and to read Massimiliano Gioni’s essay in full, order a copy of our Paul McCarthy monograph here; for more on The Raft of Medusa consider our Theodore Géricault book; and for greater assistance assembling a collection, get a copy of Collecting Art for Love, Money and More.