Put off by the nudity and ketchup? Hayward Director Ralph Rugoff on what to really look for in a great artist's work

So argues Hayward Director Ralph Ruggoff in the introduction to our great new Contemporary Artist Series book Paul McCarthy. Yet that said, McCarthy's art is not really concerned with breaking taboos as a generating operating principle, say in the knee-jerk manner of an avant-gardist, dead set on affronting bourgeois morality. From early on in his career, his focus on sex and violence has been framed within an abiding thematic context: the symbolic violence of our social conditioning by the family and mass media. With that in mind we thought we'd ask Ralph to point out 5 reasons why McCarthy is not just icky. 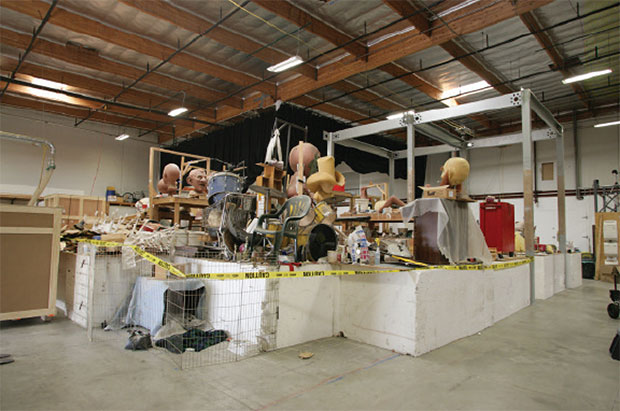 4) In McCarthy s work, the human body is pre-eminently a social body, a metaphor for systems and conventions that define our world. Its control represents mechanisms of societal control; its boundaries evoke social boundaries, the distinctions and classifications of hierarchical order.

For more on Paul McCarthy and more from Ralph, order our completely updated and revised monograph here. And if you'd like a Paul McCarthy print in your living space (or just a skateboard to zip around on this summer) check out his work for sale over at Artspace.