How do actors overcome on-set embarrassments? Some use acting coaches, others seek psychological assistance, and one notable star got a hand from the US sculptor, installation, video and performance artist Paul McCarthy.

Both films required a bit of nudity. Was that something Franco found uncomfortable? Not after he'd worked with McCarthy, the actor explained to the talk show host.

"There’s a scene in the original where the father has spilled some tea, is picking it up and James Dean says, “Get Up!’ because he thinks his father has been emasculated by his mother,” Franco explained to Colbert. 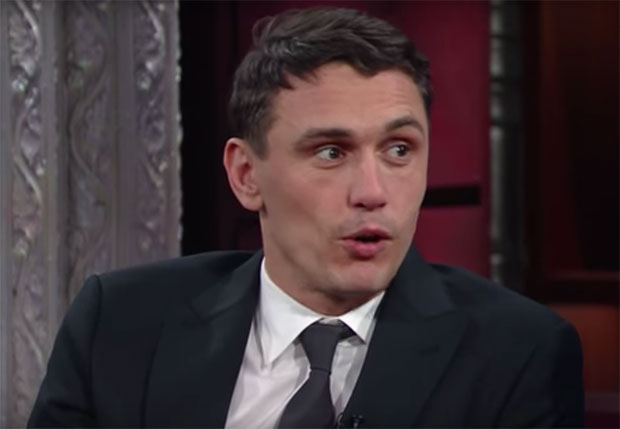 James Franco on The Late Show with Stephen Colbert, December 2016.

"Well in this version Paul had kind of changed it,” Franco recalled. “It’s not tea anymore – it’s Kentucky Fried Chicken, and his pants are around his ankles and his ass is out. I get on his back and ride him, and say, “Ride the pig! Ride the pig!” and whip his ass with a chicken wing.”

It’s a challenging series of stage directions for even the most accomplished of actors, yet Franco says that this scene, alongside Rebel Dabble Babble’s subsequent action sequence wherein he wrestled the near-nude artist, enabled him to get over any on-set hang-ups.

“After that, I got over my inhibition,” he told Colbert. Another reason to thank McCarthy and his wonderfully mucky art.

For more on this work and plenty else besides order a copy of our newly expanded Paul McCarthy Contemporary Artist Series book here.